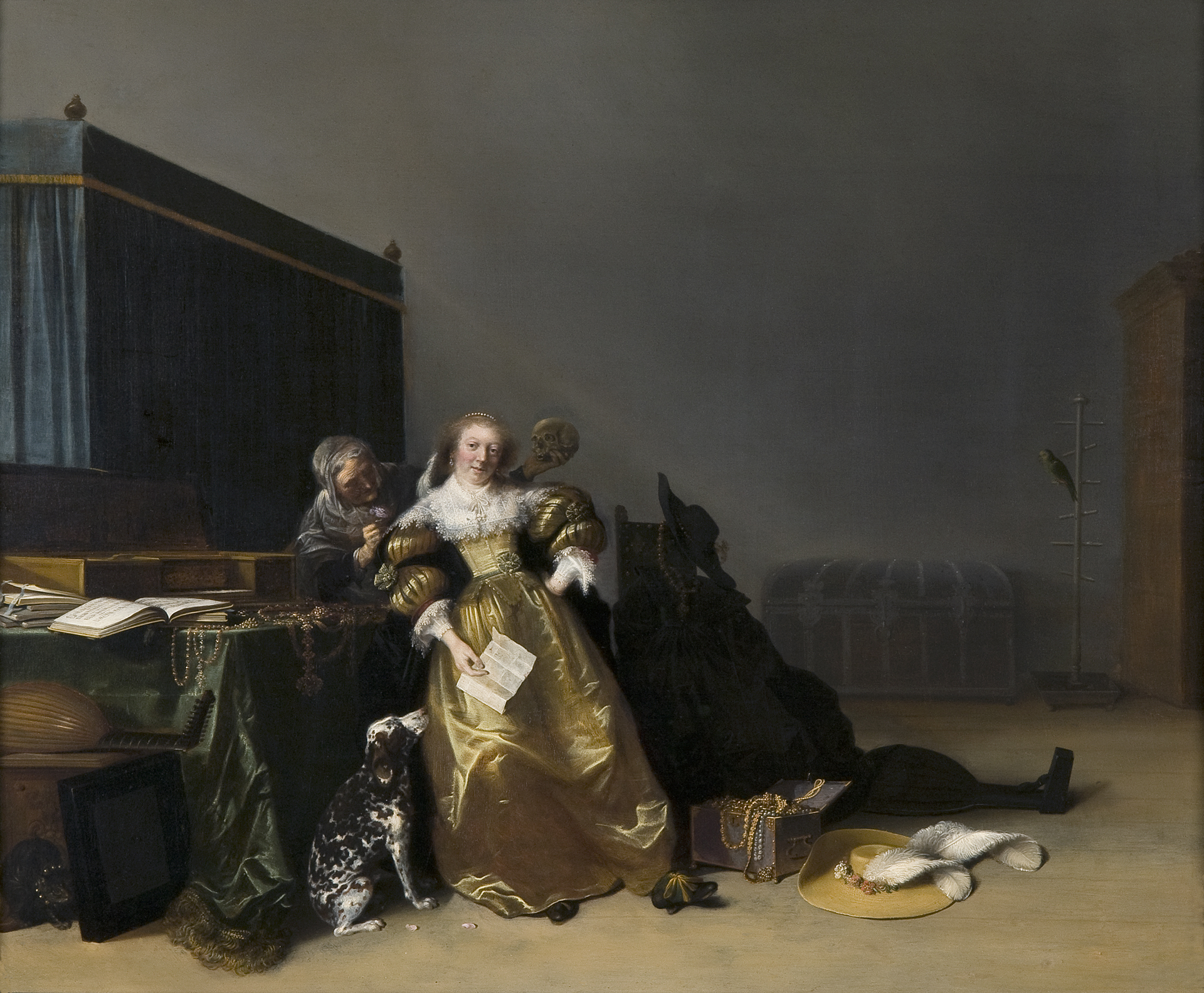 A woman stands amid her valuable possessions holding a letter. The box bed, the dog, and the upturned lute indicate that this depiction concerns love. A man’s hat and jacket lie on a chair to the right. Using her seductive gaze, the woman invites us to enter her world of vice. She does not see the old woman behind her holding a skull and a wilted flower. She stands for the transience of youth, earthly beauty and wealth. Pot probably based his painting on a print by Jacob de Gheyn, with the text: ‘Gold, stone, wealth, and all costly vessels, when Death comes, what use will they be?’

Frans Hals Museum, On loan from the Cultural Heritage Agency of the Netherlands, photo: Margareta Svensson