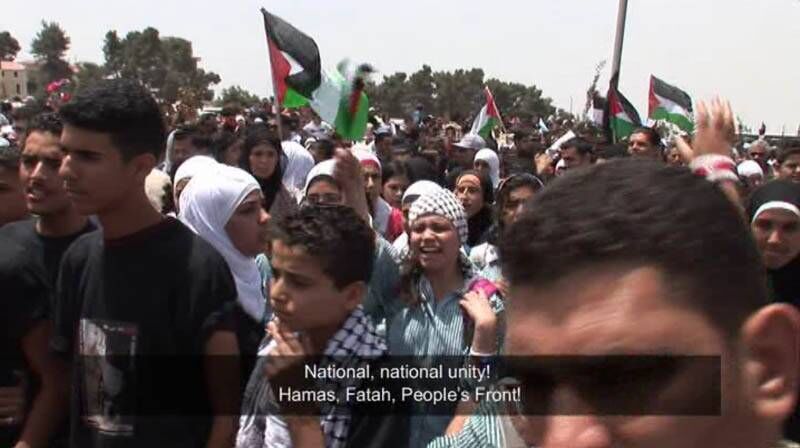 This video installation shows a series of about 20 documentary images. The emphasis is on short excerpts that show groups of people in different locations across Europe jointly express their political and social convictions. People come together in demonstrations, parades and war commemorations to display their ideology together, or to share their identity. Thus, in his piece Democracies, Arthur Żmijewski records a Polish WWII re-enactment, a commemoration gathering for the death of the right-wing extremist Jörg Haider, and a demonstration against the Israeli occupation. What is worth noting is that the images in Democracies are simply observations Żmijewski made during a trip through Europe. He filmed everything himself, and did not use any found footage or directed images. With Democracies, Żmijewski remains within the discursive field of the documentary, and maintains a reality that is represented as frankly as possible. The images are therefore not primarily aesthetic; they are not symbols of an artistic process.