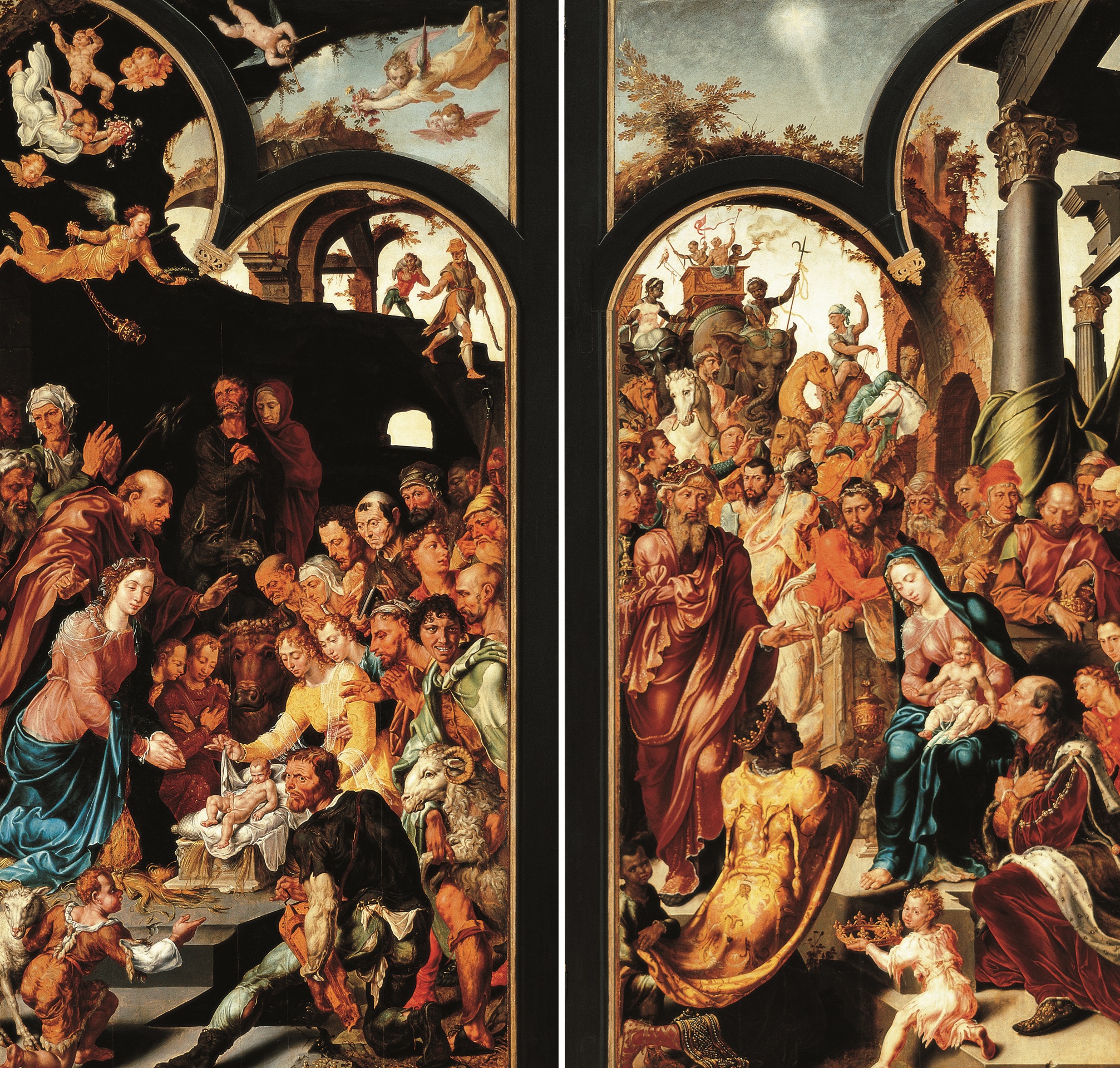 In 1546 Maarten van Heemskerck was commissioned by the Drapenier’s Guild (the guild of wool tradesmen) to make two painted ‘doors’ for the guild’s altar in the Great Church St. Bavo’s). The doors were added to an existing centrepiece. On the exterior of the doors the proclamation to Mary was to be painted; on the interior, the adoration of the shepherds and the kings. After the reformation in 1578 the side panels became the property of the town and were placed in the ’Prinsenhof’, a guest residence used by the stadtholders. The centrepiece was lost, but it is not known when. In 1590 Cornelis van Haarlem was commissioned by the town council to make a new centrepiece to go with Maarten van Heemskerck’s side panels: the Massacre of the Innocents.