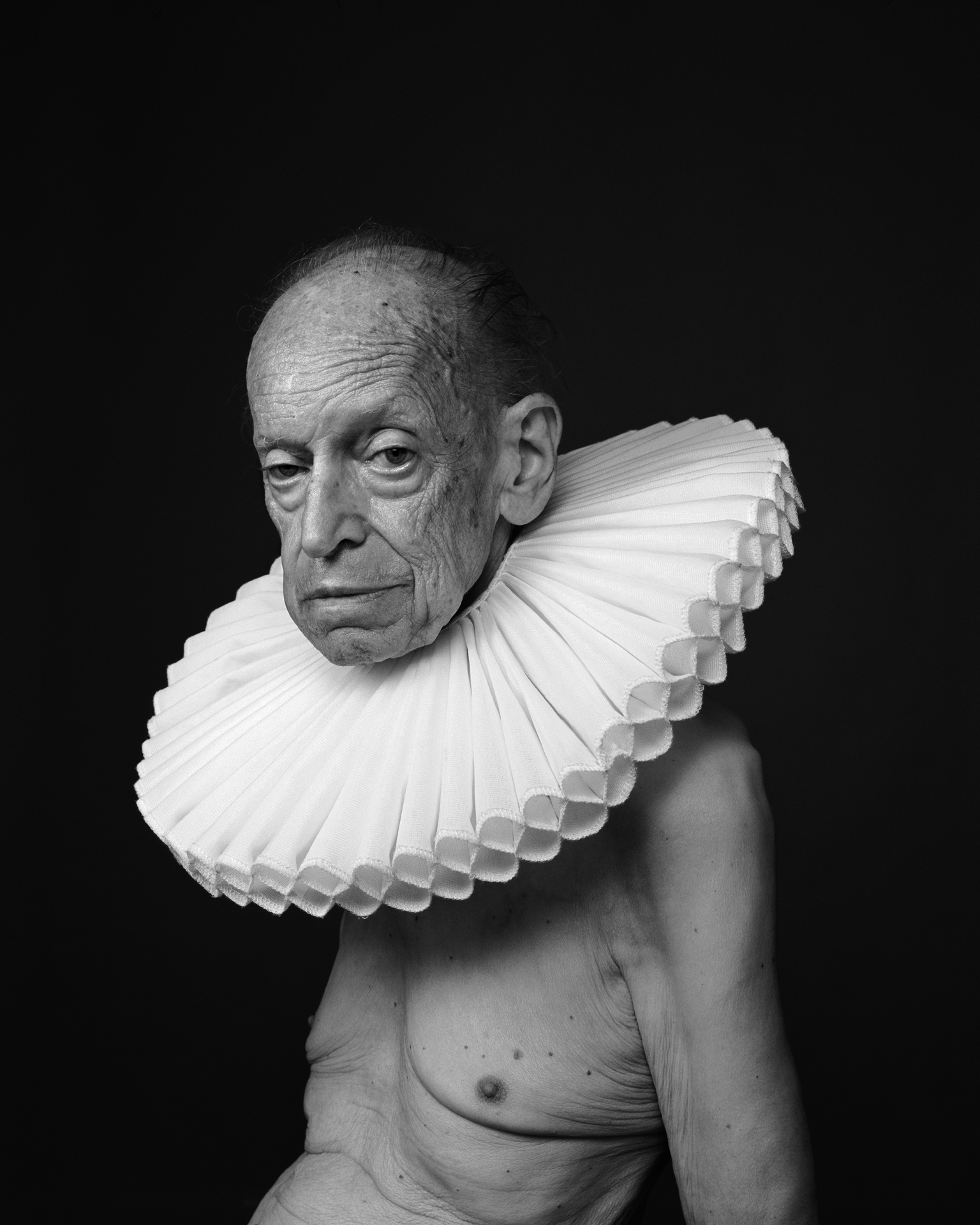 A portrait of circus photographer Heinz Baudert (1915-2003) wearing a large white ruff: This is the kind of image that is immediately evocative of the painted portraits by Frans Hals. Jocelyne Moreau met Baudert in 1993 in the wings of a circus tent while they were both taking photographs. It was the start of a special friendship, from which Moreau created several portraits of Baudert in different guises (De Spreekstalmeester, ‘The Ringmaster’; De Kluizenaar, ‘The Hermit’; and Nederlander, ‘The Dutchman’, shown here). In her photographs during that time, Moreau frequently used props in order to be able to capture a person’s vulnerability and power in one image: “For the person portrayed, the prop provides a sense of security, making it easier for them to reveal their own personal aspects,” says Moreau. “At the same time, the prop often causes the vulnerability in the image to become more visible (it has, as it were, a reinforcing effect).”