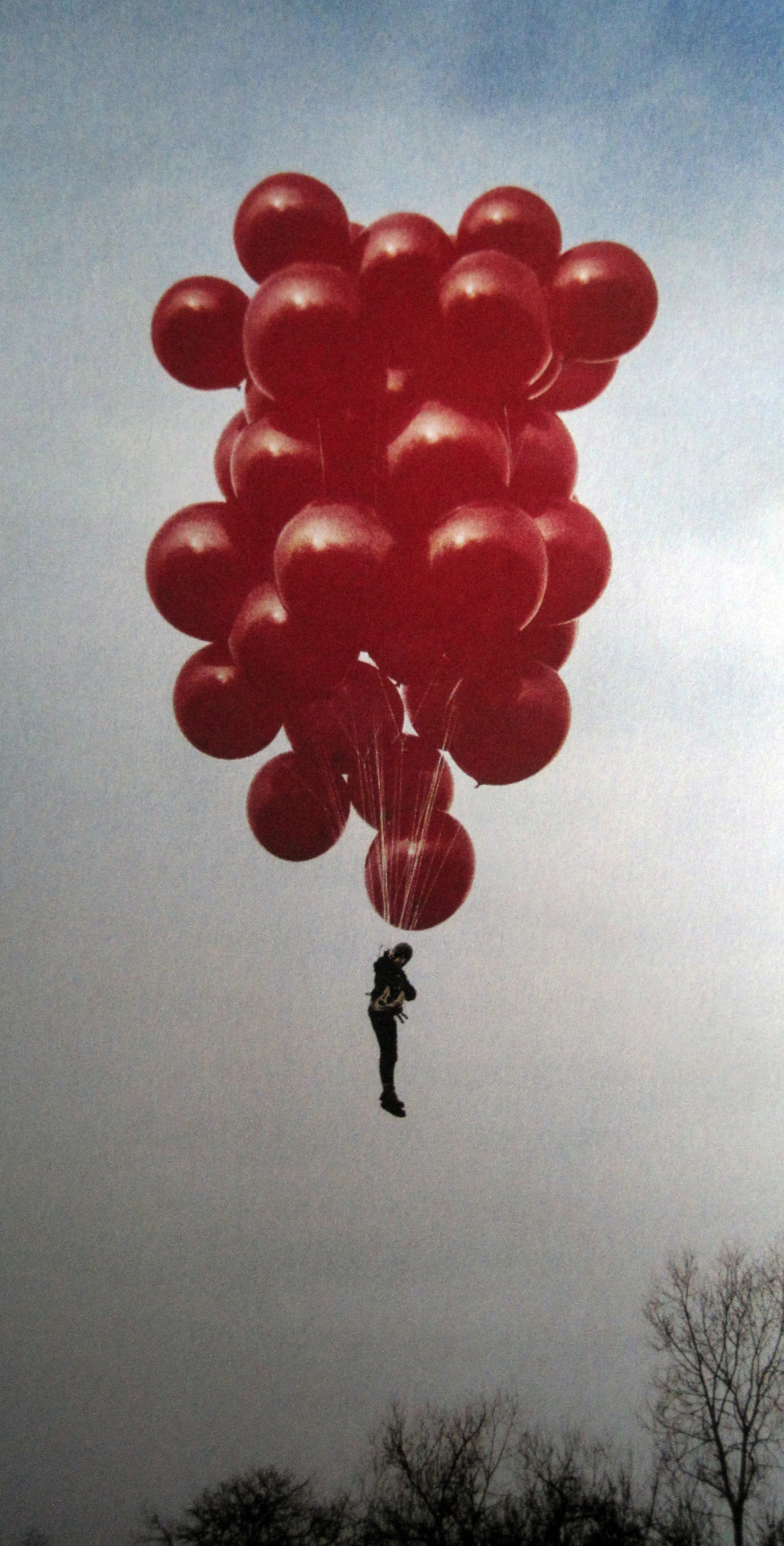 A performance-for-the-camera: Fiona Tan rises a few metres into the air with a bunch of red helium-filled balloons. The location: Sarphatipark in Amsterdam. Tan uses her body in this work as ‘a moving sculpture’ whose weight is negated in the performance – with the ‘lift’ as the result. “It was a dream I had cherished for a long time, since my childhood, in fact,” says the artist. A film and video installation were also made of the performance.   Variants on this equally playful and fascinating idea were previously made by Sigurdur Gudmundsson (Dialogue, 1979) and filmmaker Albert Lamorisse (The Red Balloon, 1956), to which Tan added her own performance, followed in 2003 by Tilt (with an infant attached to a bunch of balloons). Fiona Tan, who works in Amsterdam, is known worldwide, in particular for her film and video installations.