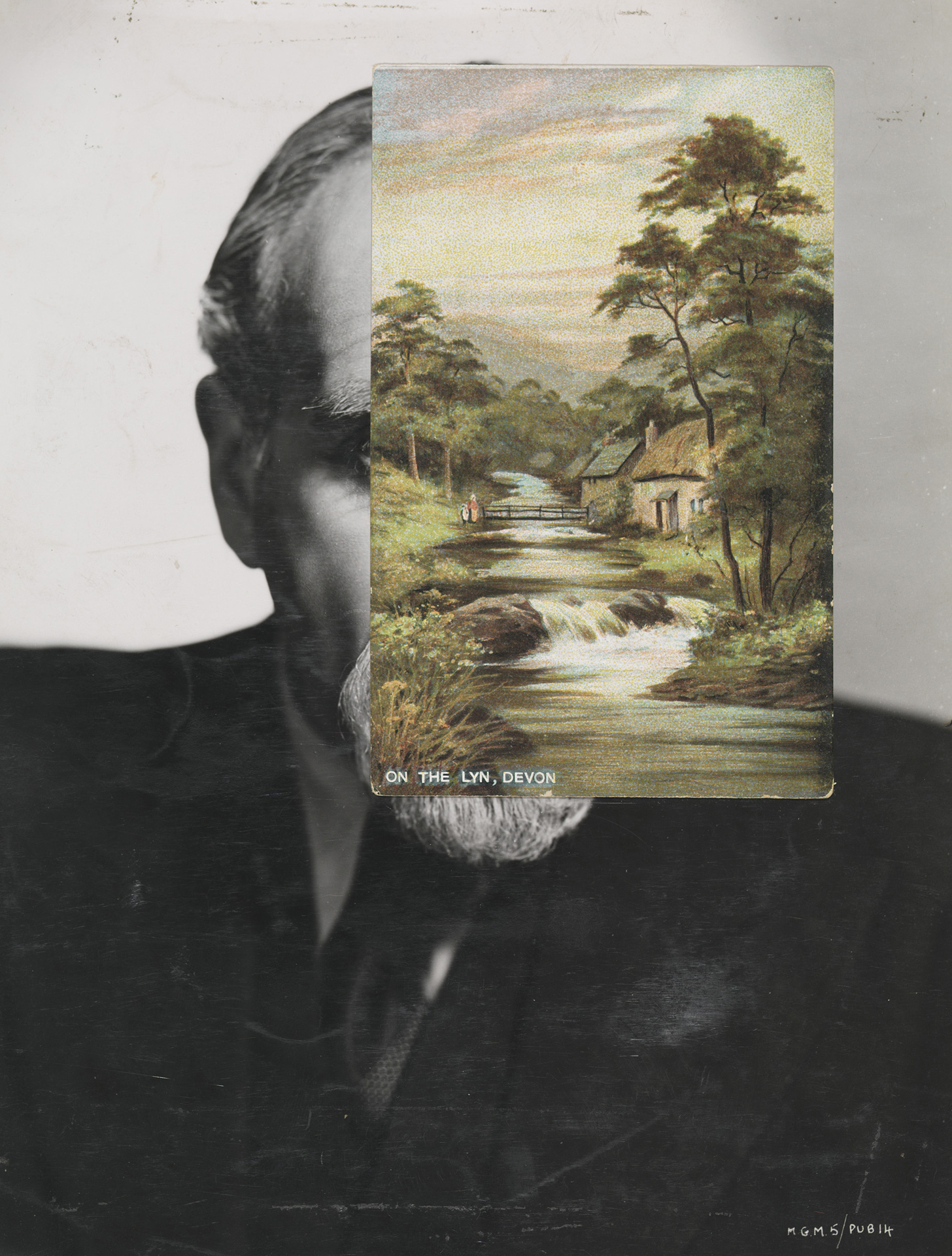 In his collages, John Stezaker reuses existing photographs as ‘ready-mades’ and questions the expectations linked to photographs. He mainly cuts, slices and pastes (in and onto) publicity photos of actors from the thirties, forties and fifties – the golden age of Hollywood.   In the case of Mask LXXVIII we see a male head on which a painting has been pasted. This painting of a landscape functions – as the title suggests – as a mask. The effect is enhanced because we automatically start to read the elements of the picturesque landscape as the facial features of the hidden head. This creates an alienation effect, as well as a surreal entity.