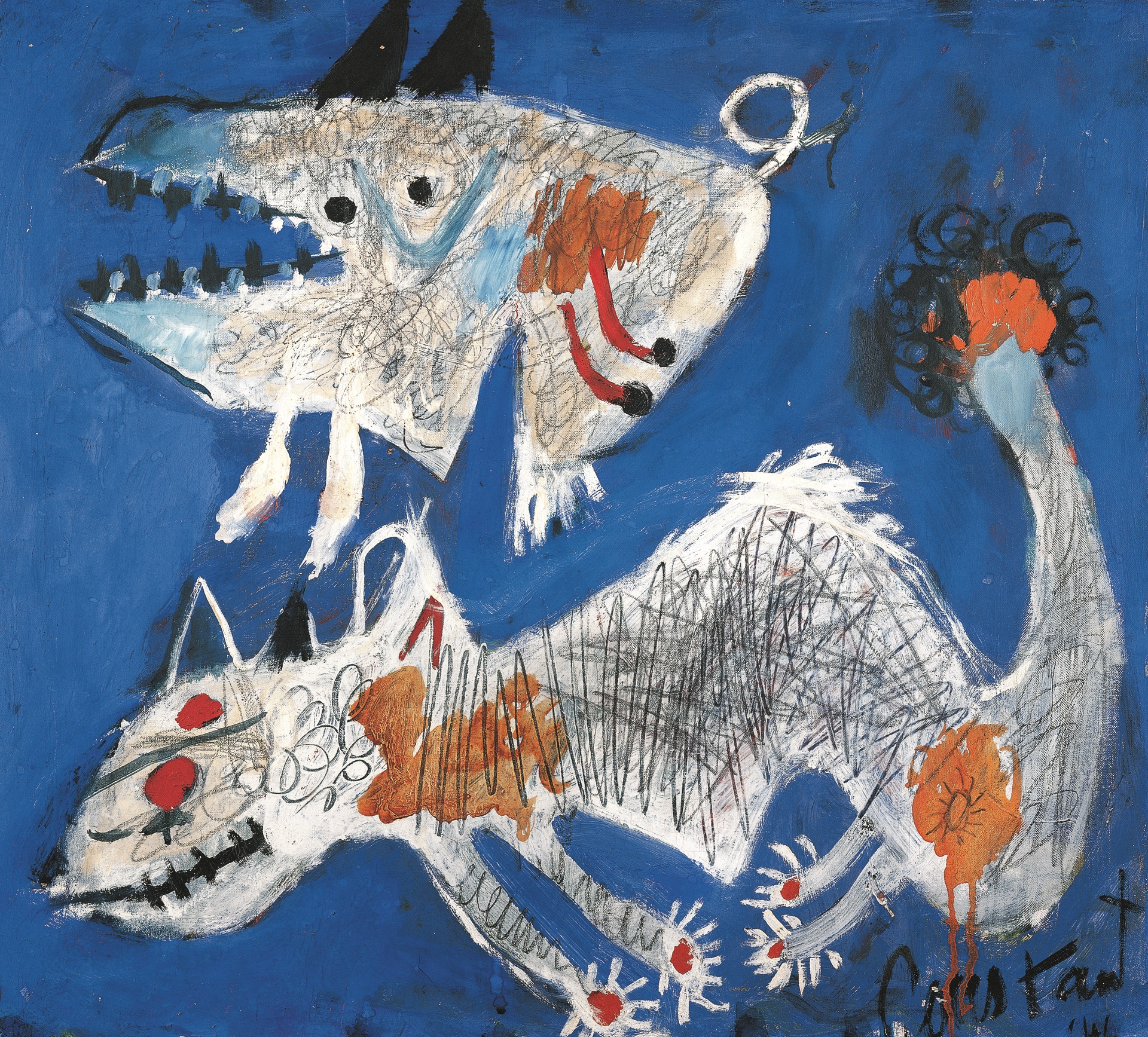 Two wild, semi-imaginary creatures glide merrily through the night against a blue background. The pencil strokes, smudges a loose paint strokes lend the painting motion and life. Constant painted this piece shortly after the end of the Second World War. Like many other artists, he sought out new paths after the war. Partly influenced by Asger Jorn, he chose a spontaneous, free style of painting. A particular source of inspiration was the lack of inhibition in children’s drawings; this can be clearly seen in this painting. Constant painted this work two years prior to the establishment of the Cobra group, to which Karel Appel and Corneille also belonged. He provided the initial stimulus in the Netherlands for this expressive and creative way of painting. Cobra was to become one of the most important post-war schools in modern art.