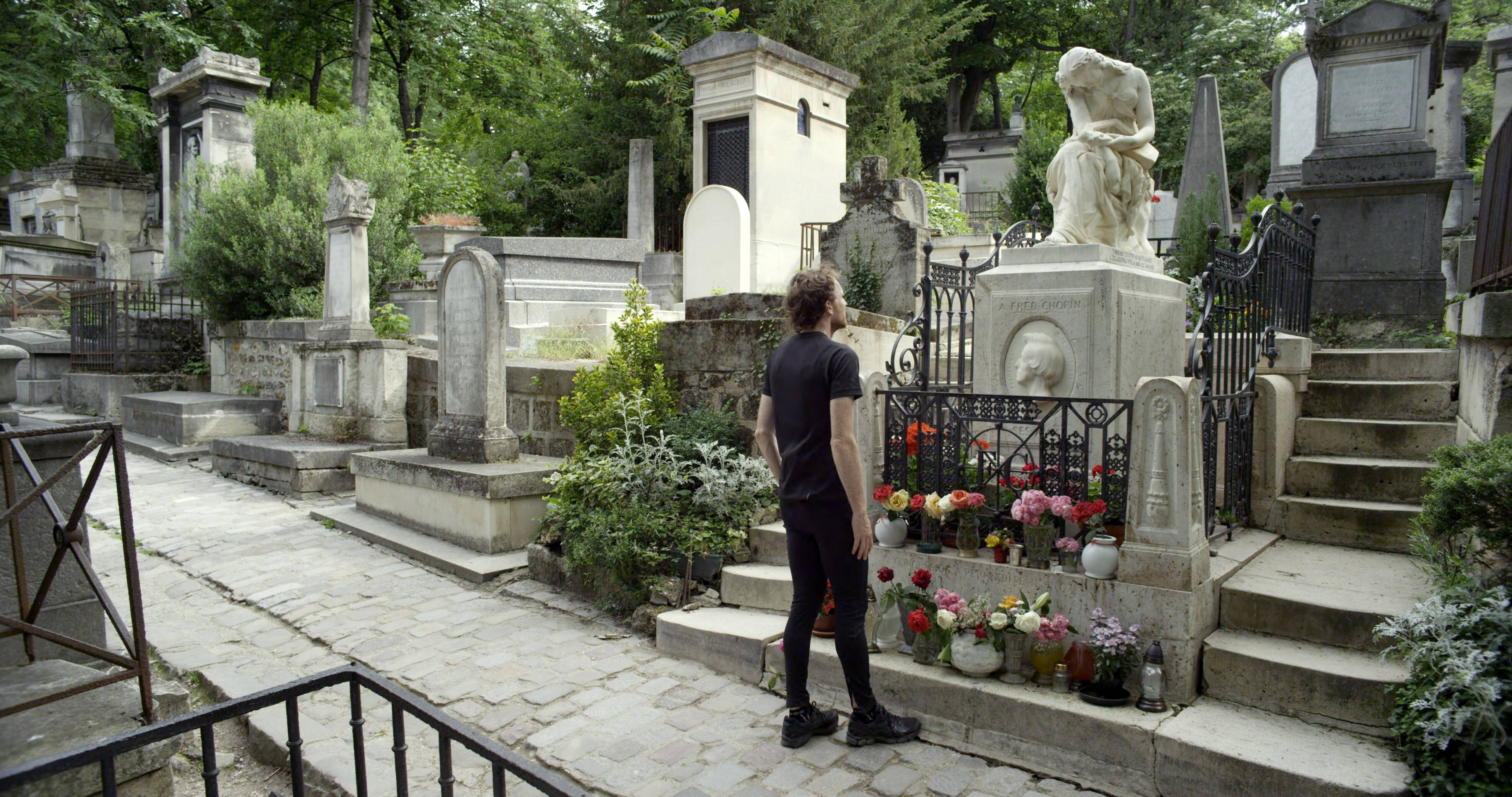 In Nummer veertien, Home, Guido van der Werve connects three different biographies: his own, Frédéric Chopin’s and Alexander the Great’s. The film is about being uprooted, feeling homesick, and desire – themes that run like a thread through Van der Werve’s work. And just like in his previous numbered films, music plays an important aspect; he wrote a requiem especially for this film, which supports the storylines. As with his previous films, such as Number acht, Nummer negen and Nummer tien, Van der Werve’s own body is also put to the test in this work. Nummer veertien focuses on extreme physical effort, with the artist covering the distance between Warsaw and Paris in the disciplines of a triathlon: swimming, running and cycling.