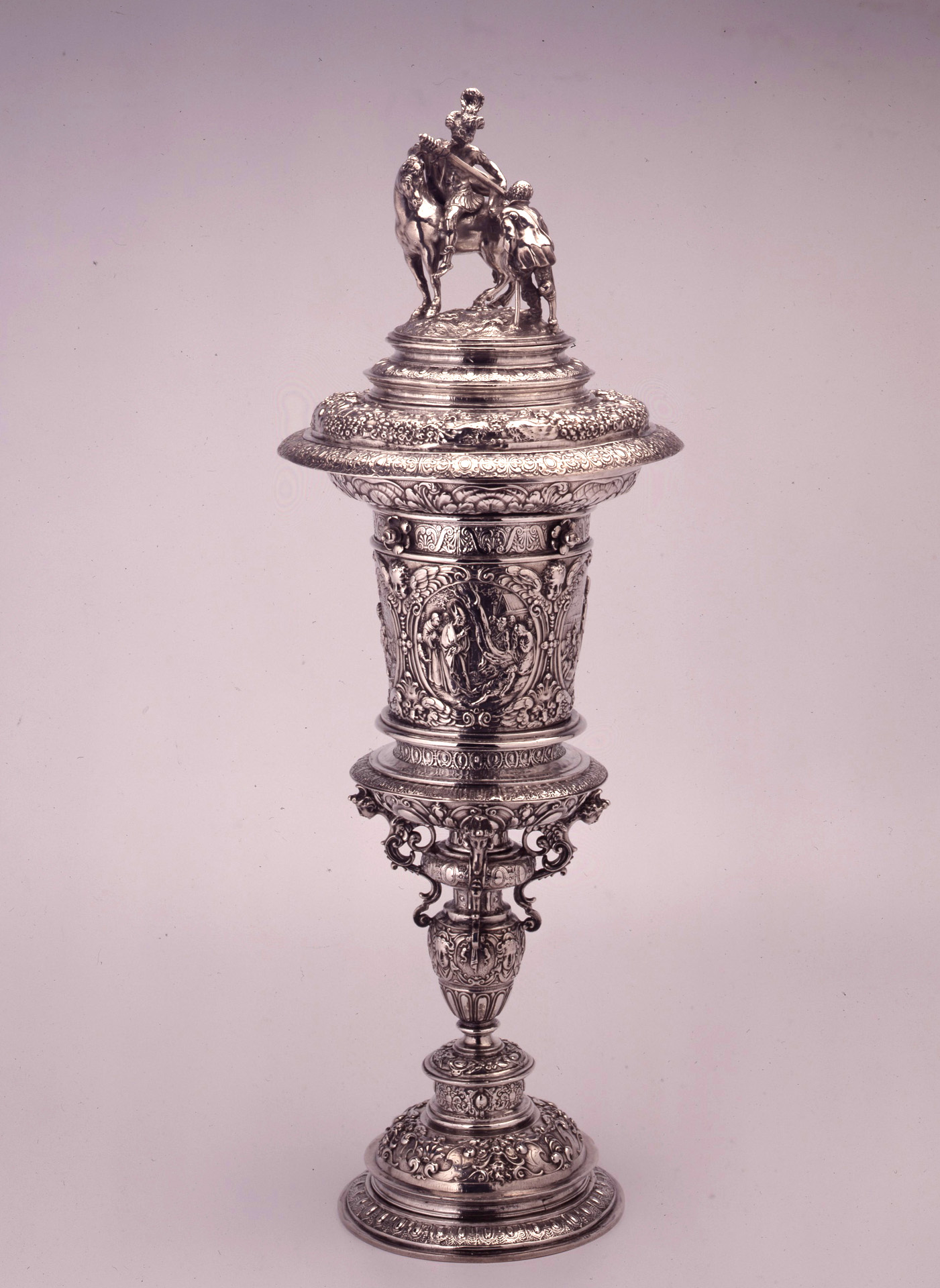 This ceremonial tankard was commissioned by the very prosperous Haarlem brewery guild. Saint Martin was patron saint of this guild, and he is depicted on the lid cutting off part of his cloak for a beggar. Below are four reliefs that depict scenes from Saint Martin’s life: the saint converting a thief; a youth being brought to life; the saint blessing the construction of a monastery; and a deceased Saint Martin, lying on an old, strawless sack, with his eyes facing heaven. Four artists worked together on this tankard: Two silversmiths – Jacob Pietersz van Alckemade and Ernst van Vianen; sculptor Hendrick de Keyser, who sculpted the figures on the lid; and engraver/painter Hendrick Goltzius, who drew the designs for the four reliefs.

Drinking Horn of the Guild of St. Hubert in Haarlem