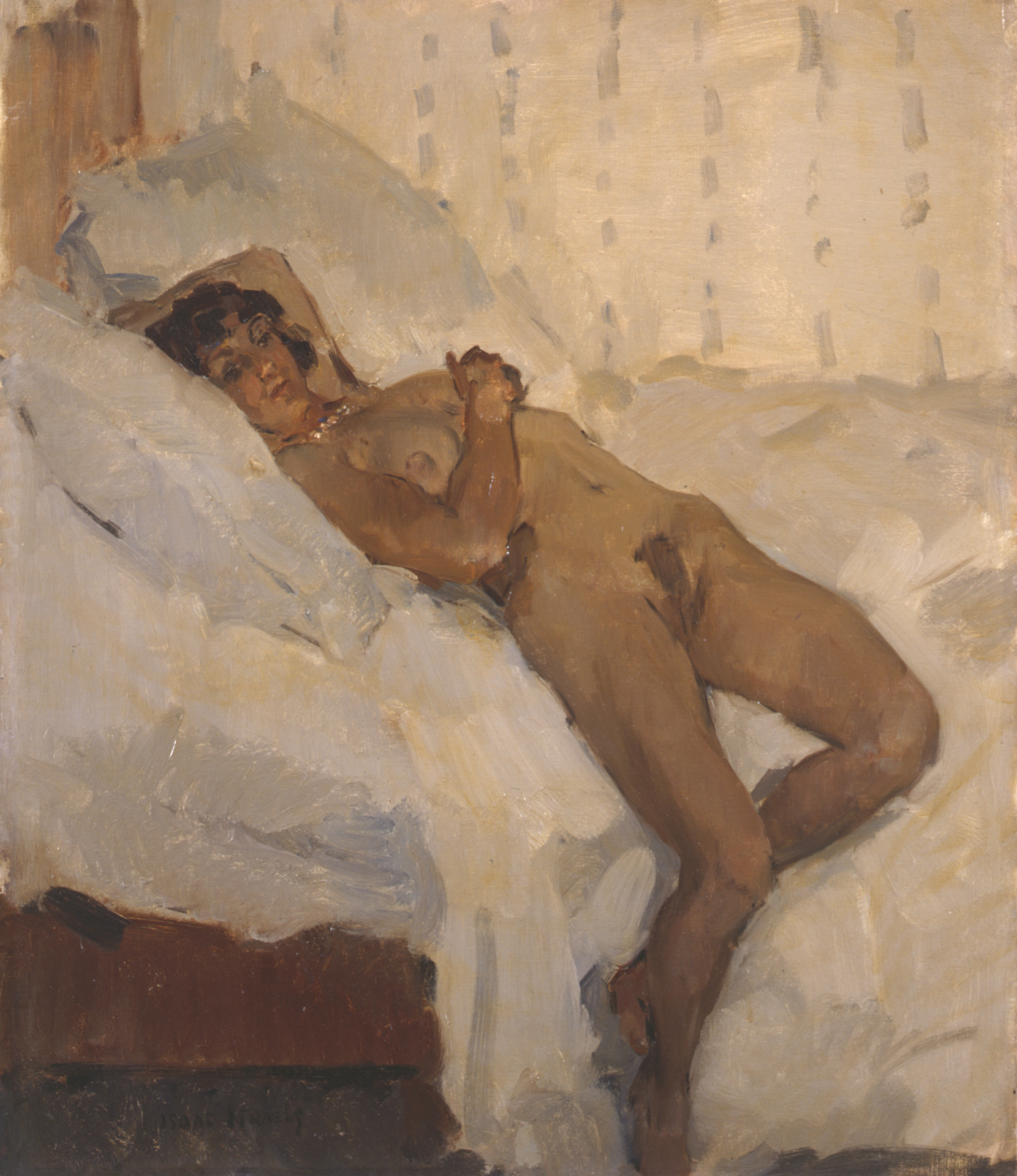 An impressionistic painting of a female nude on a bed. The woman reclines unabashed, and seems quite indifferent. Though Israels would usually paint pictures like this in a single session, the composition has been considered carefully: the painting as a whole is balanced and well though-out. Israels painted a number of these impressions, in paint and crayon, although his fellow painter George Breitner was involved to a greater extent. They occupied the same building in Amsterdam for some time. On occasion, Israels would lure the Amsterdam girls ordered by Breitner into his own studio, which must have been the cause of a protracted feud. This nude painting does not idealise in the least, and its approach is also totally different to that of an expressionist like Jan Sluijters (see his female nude on sofa). Israels must have painted this piece in the final year of his life; he died after being run over by a car in 1934.