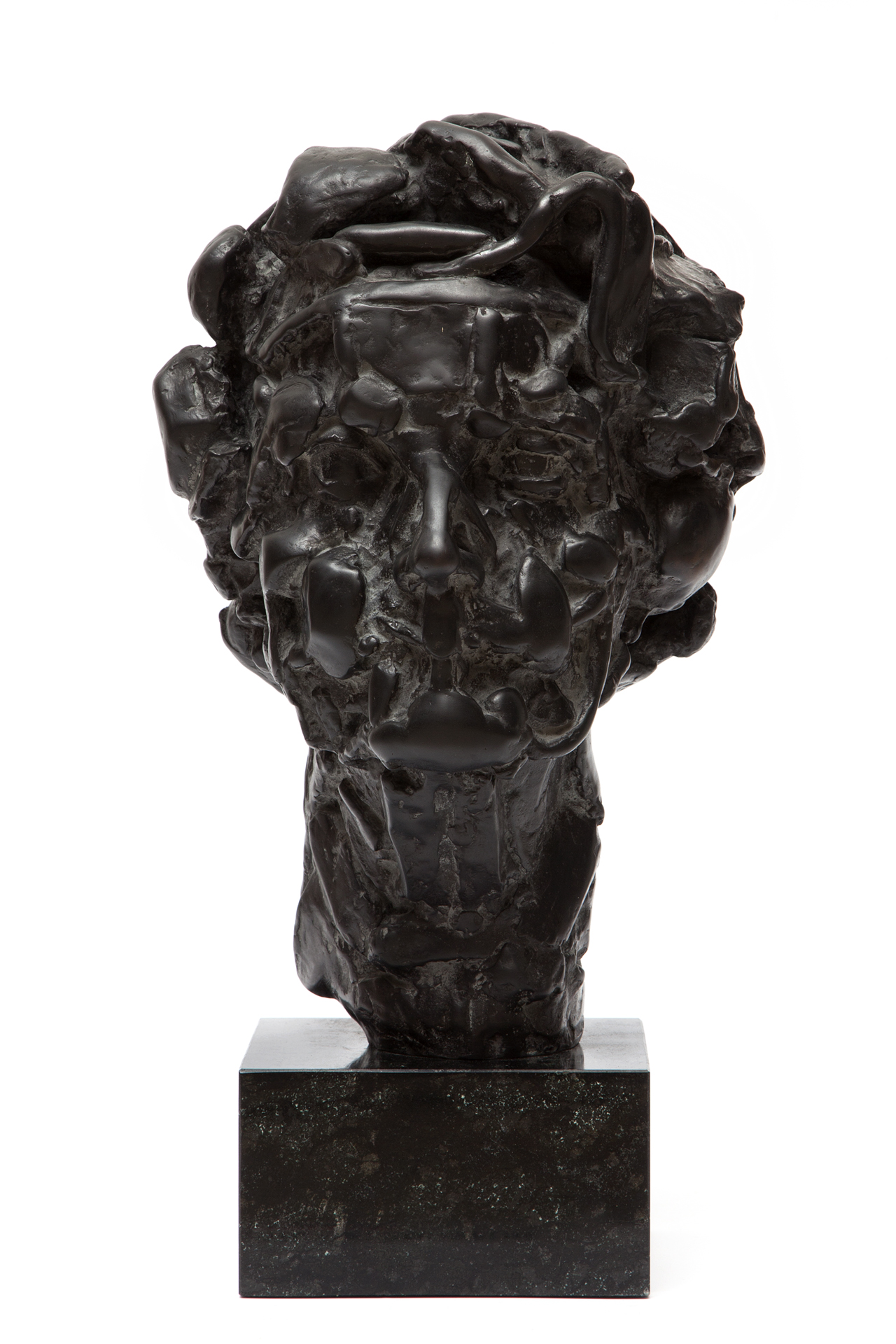 This is an expressive self-portrait of the artist Charlotte van Pallandt, at the age of 73. Rather than being a refined and detailed ‘copy’ of her head that simply offers a resemblance of her outer appearance, it is more a portrait that shows something of her nature and character. It is a path she also took when creating portraits of other people, including members of the royal family (Wilhelmina and Juliana) and fellow sculptors (Termote and Carasso). “If you feel how someone is, the being comes naturally,” and “With a portrait you immediately have to see something that is beyond the resemblance, and that is something you have to make” are just two of the ways she described her psychologizing approach. Van Pallandt is considered as one of the most interesting post-war figurative sculptors in the Netherlands. After a brief marriage to a diplomat, this born baroness made the radical choice of becomingan artist. She left for Paris, attended art school there, and then devoted herself to art in her Noordwijk studio for many decades. She lived autonomously, and in relative isolation: “Cosiness and comfort are great enemies of creativity,” she once said.