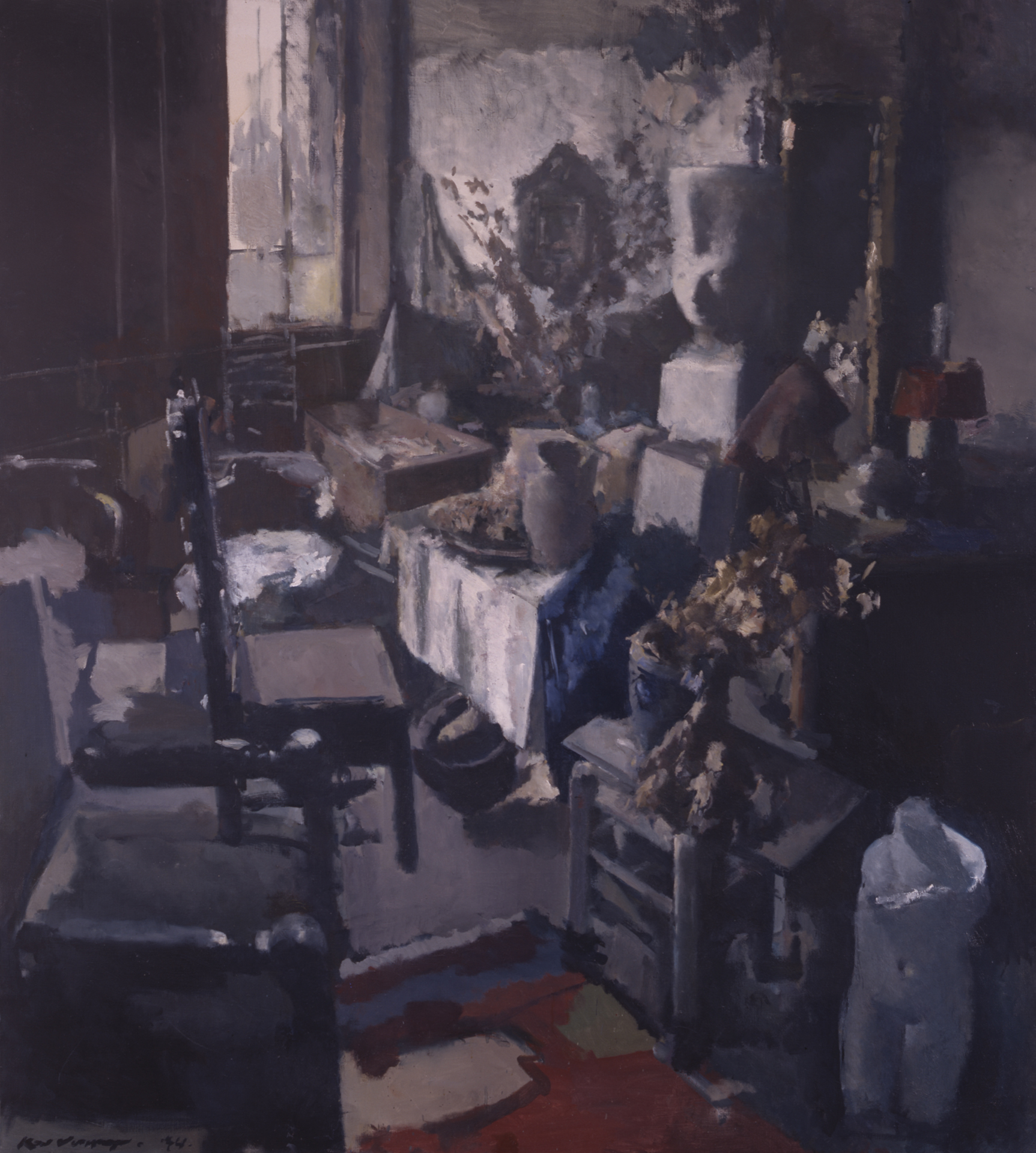 A narrow window is the only source of daylight in a dark room. The light shines onto a varied collection of items: a plaster Pharaoh’s head (upper right), dried twigs with leaves, chairs, pots, rags and so on. These are the things the artist Kees Verwey surrounded himself with in his studio on the Spaarne in Haarlem. The layout of the studio reminds us of the studio of the legendary Haarlem painter, Henri Boot. The similarity of this work to Boot’s ‘Still life with white pillar’ is striking. It is also easy to explain: for years, Boot was Verwey’s tutor. ‘Studio interior’ may be considered Verwey’s ode to his master. Even so, there are differences. Verwey deployed a much freer, more impressionistic brush. Verwey painted this large ‘studio still life’ in his seventies. It formed a part of a series. Verwey’s home, and the studio in it, formed a highly significant basis for his work: ‘looking, but looking differently each time, at that which immediately surrounds me’.