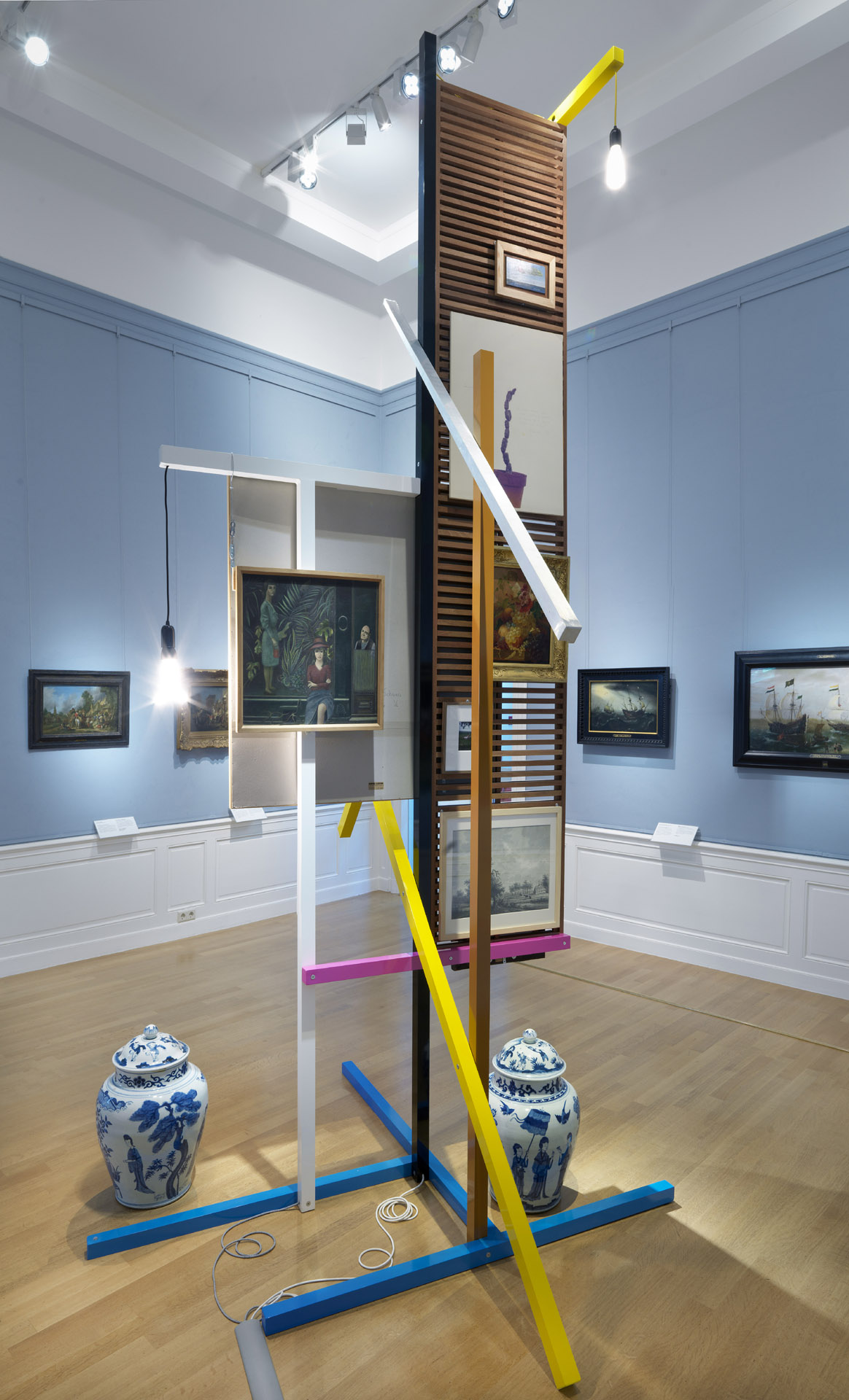 Gavin Wade has developed sculptures that function as structures on which artworks are shown. He loosely based these display units on exhibition ideas from two 20th-century architects: Frederick Kiesler and Adolf Krischanitz, who propagated dynamic spatial suspension systems over white walls in neutral spaces. The shapes of Wade’s display units are derived from letters of the alphabet, hence the name T-Type. The T-Type is a tree-like structure, and for the Frans Hals Museum, Wade took works from the museum’s versatile collection – in which plants, trees or flowers are predominant – and exhibited them on these (hanging) systems.   Wade assumes that the very first exhibition on earth was organised by a plant. In that respect, according to Wade, exhibitions are pre-human; they existed before people came up with the notion of exhibiting things and works of art.