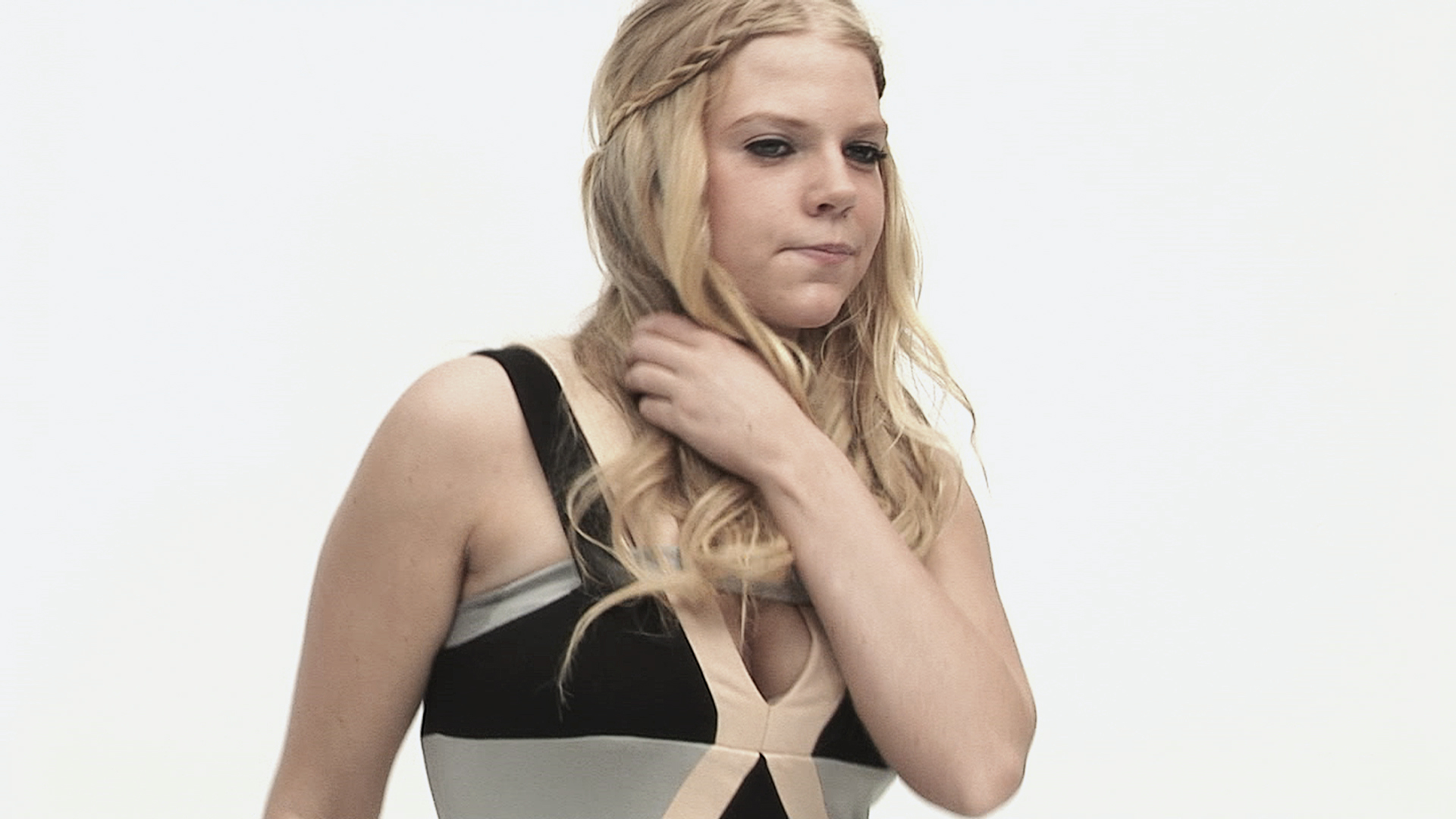 The Krazyhouse is a four-channel video project that focuses on dancing teenagers, and with it, Rineke Dijkstra explores the body language and dress codes of youth culture. The young people portrayed were filmed in a purpose-built photo studio on the dance floor of The Krazyhouse discotheque in Liverpool. Filming took place while the club was closed, and the young people danced in front of the camera to their favourite music. The results are understated performances, sharply captured against a neutral white background. We see images of an introvert, dreamy dancing girl, but also the outrageous dance moves of a Goth boy.