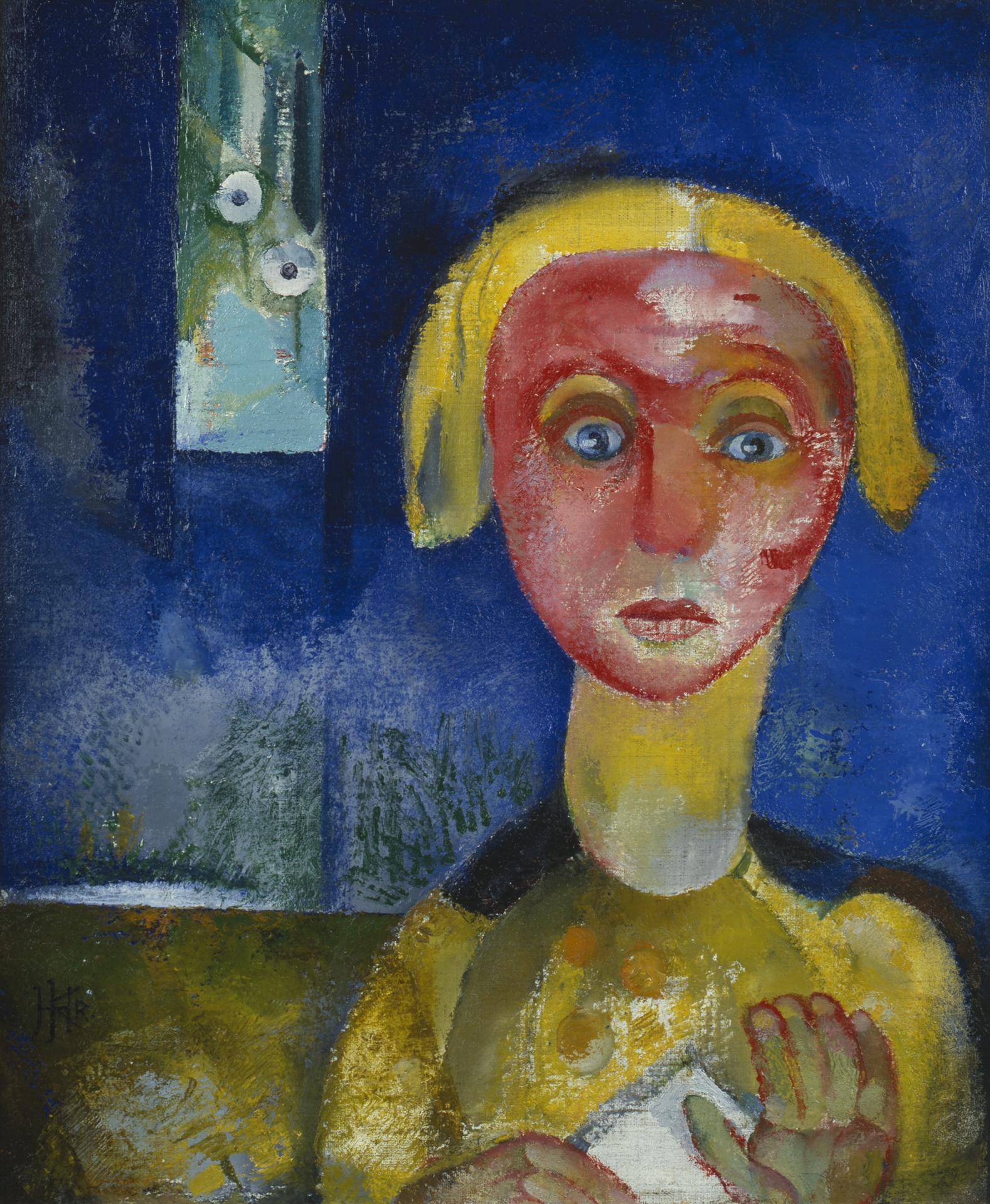 A girl stands against an indigo blue background holding a letter. She stares ahead, wide-eyes, without looking directly at anyone. She seems horrified by the news. Behind her we see a narrow window through which we can see two eye-catching flowers. The flowers look similar to the girl’s staring eyes, which accentuates her angst-ridden expression. The colours of the painting, deep blue with yellow, have a penetrating effect. ‘De Brief’ is often associated with Herman Kruyder’s personal problems. He suffered from serious depression while withdrawn into the woods of Bennebroek. The letter-reading woman was also a popular theme during the 17th-century, painted by Johannes Vermeer among others.