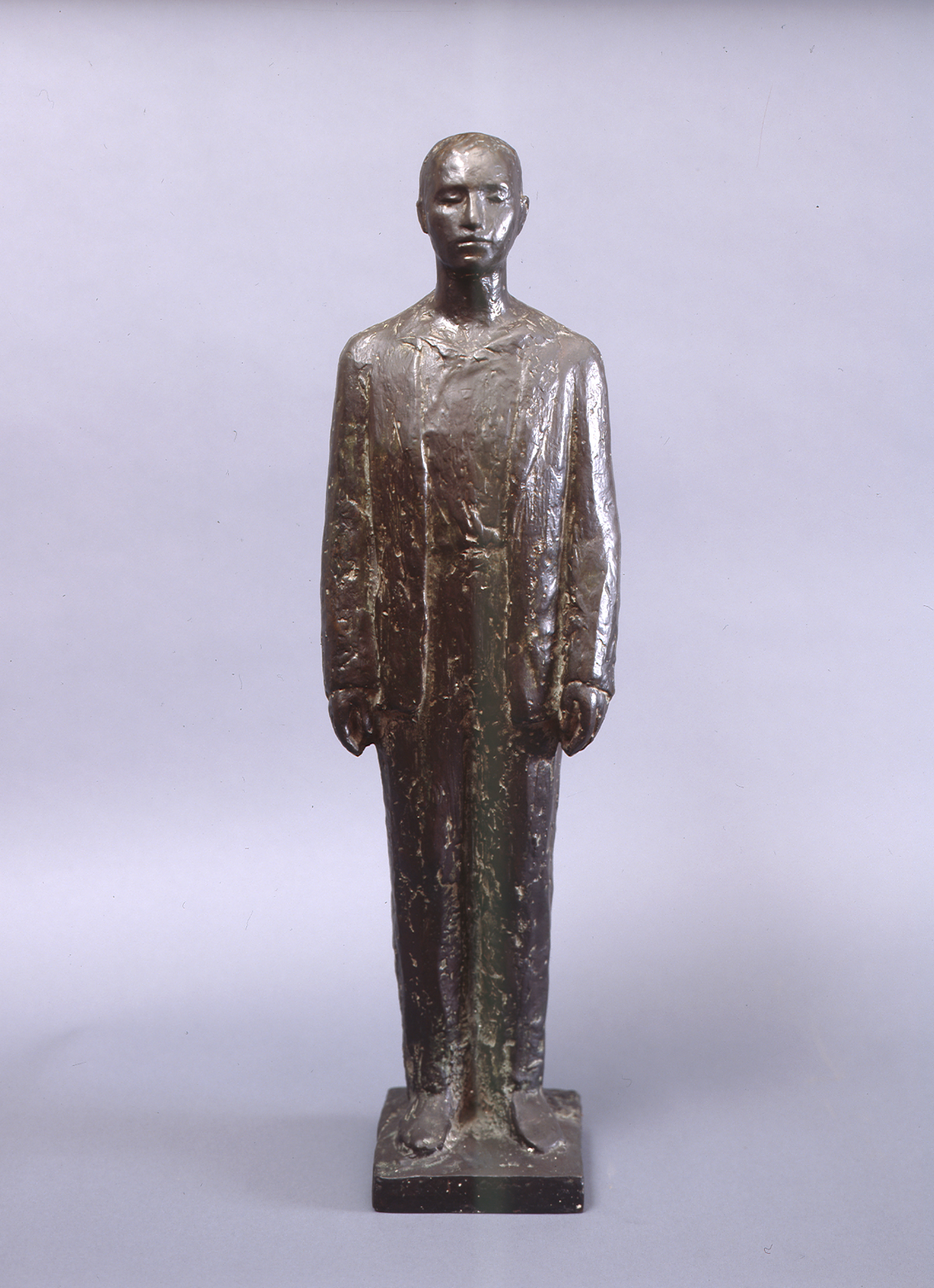 A man, standing with his arms straight against his body and his eyes closed: he is waiting for a deadly shot. This extremely simple figure, without any theatricality, was how Andriessen thought it best to commemorate the deeply tragic event that took place at the site where the final artwork is now to be found: Dreef in Haarlem. It is there that, in 1945, 15 suspected members of the Dutch resistance were executed without trial by German occupational forces. This was in revenge for a fatal attack on a collaborator. Andriessen: “I first made something with a woman carrying a torch and such, but rejected that idea, thankfully. Then I saw a photograph in a magazine of a young Greek resistance fighter at the moment that he was being shot. The photo was only of his head. I felt that I had to use this as a basis and made a design that was 78 cm. After the committee’s approval, I made the statue 1.90 metres. I must, however, immediately add that the small statue is much, much better and that it expresses so much more about death – about leaving the world – than the larger sculpture. Having said that, I do notice that this feeling does come across to people from the larger sculpture.”