The Mower
The Mower The Mower

By Herman A. Gouwe

The Mower
The Mower The Mower 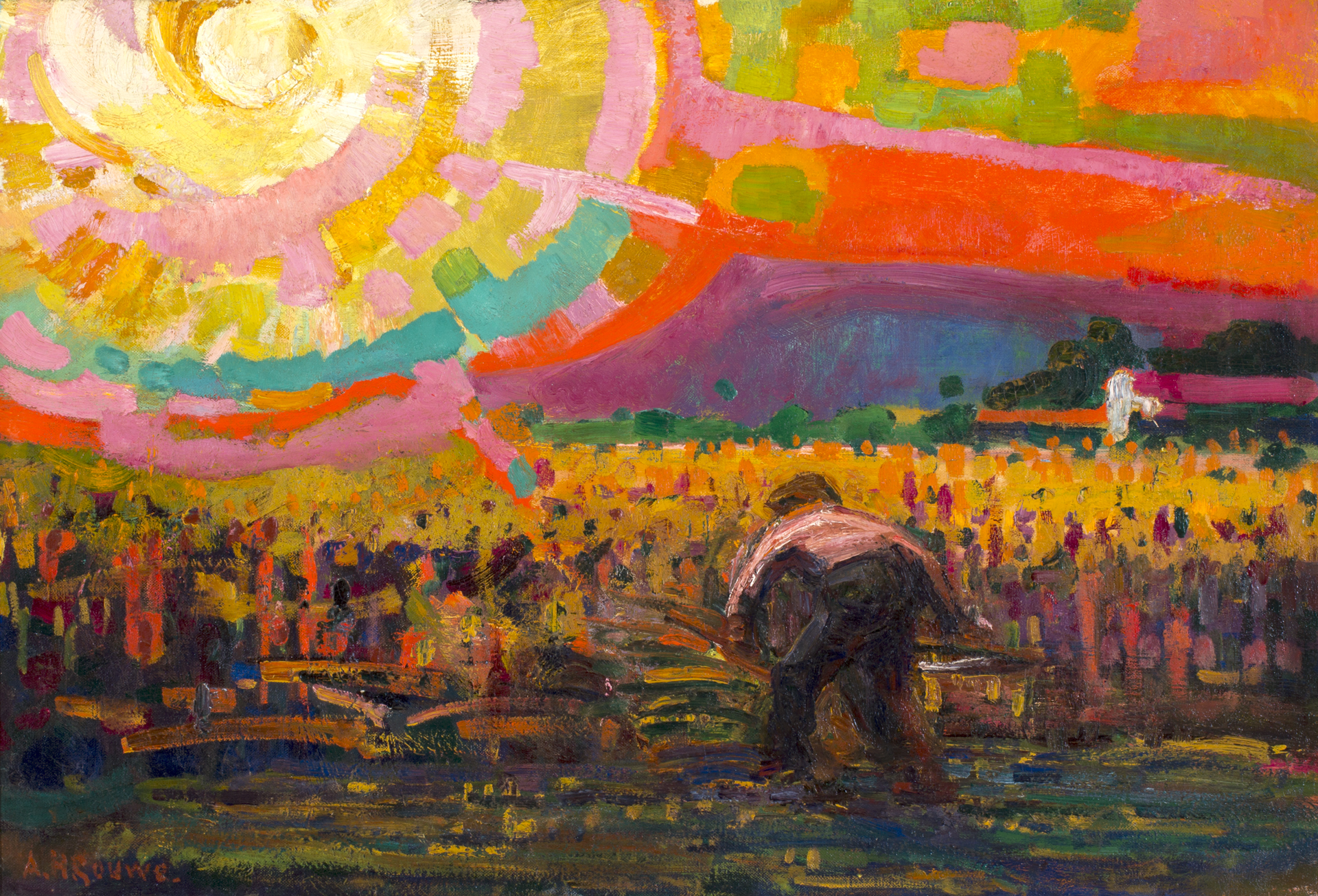 A mower is at work: he stands in front of a field of golden yellow corn. The top half of the scene is filled with a bright, low-lying summer sun that spreads its yellow and red rays across the land. The creator of this painting, Herman Gouwe, depicted an ancient form of manual work here. At the time, it was gradually being replaced by mechanical mowing methods using draught horses. Gouwe was a romantic and a lover of nature. Inspired by works by Van Gogh and early Mondrian, he became a painter of dynamic landscapes full of light and colour. He worked for a long time in South Limburg (where this painting must have originated), but later (in the footsteps of Paul Gauguin) he settled in Tahiti, looking for a deeper experience with, and display of, nature.