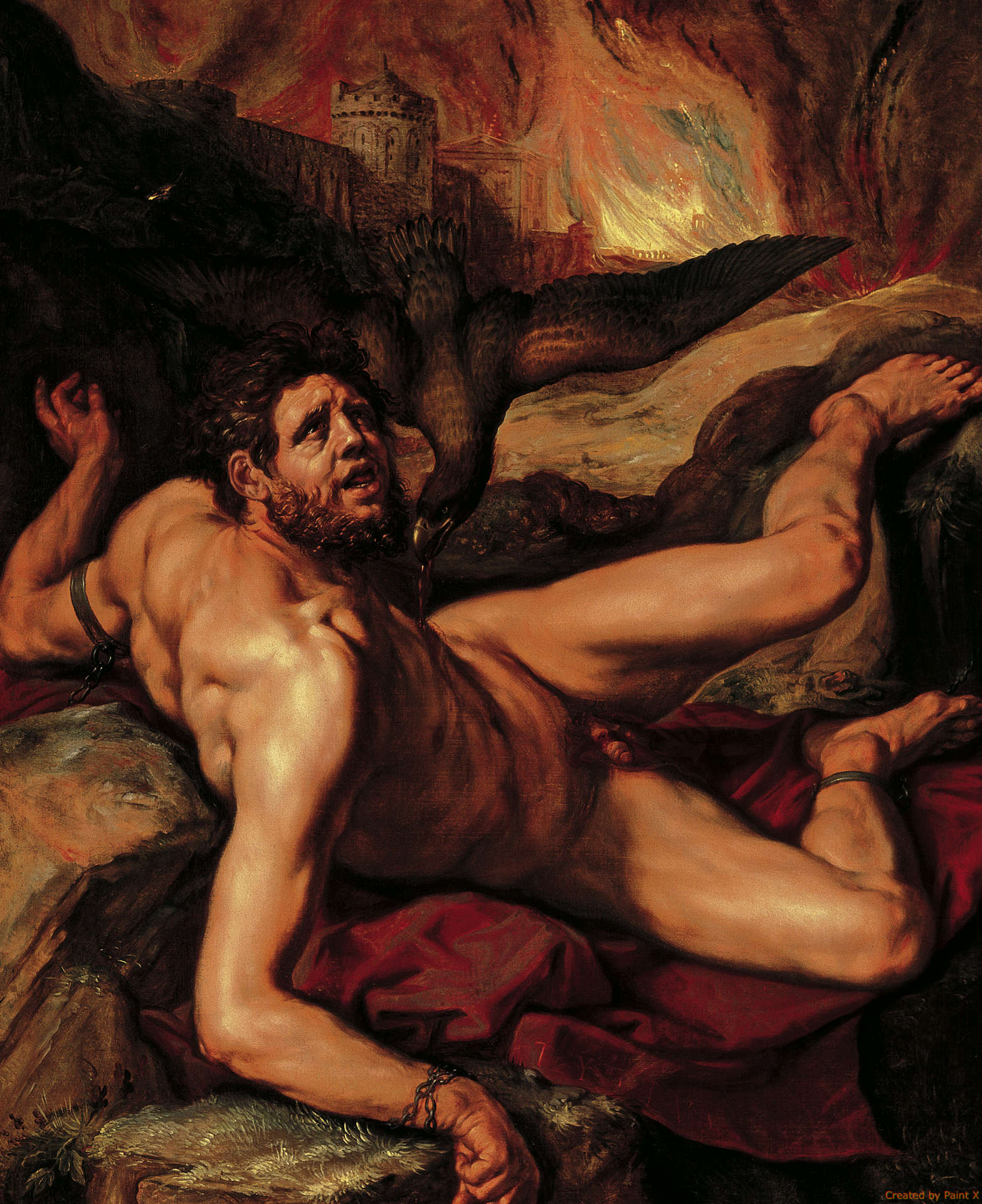 In this painting Goltzius portrayed a story from Greek mythology. Tityus, a giant, had raped the goddess Leto. Apollo and Artemis, Leto’s children, captured him and as a punishment he was tied to a rock. There Tityus lay powerless and prone as a giant vulture plucked at his liver. Each day Tityus’s liver grew back and he was forced to undergo the torture again. Tityus’s face clearly shows the pain.