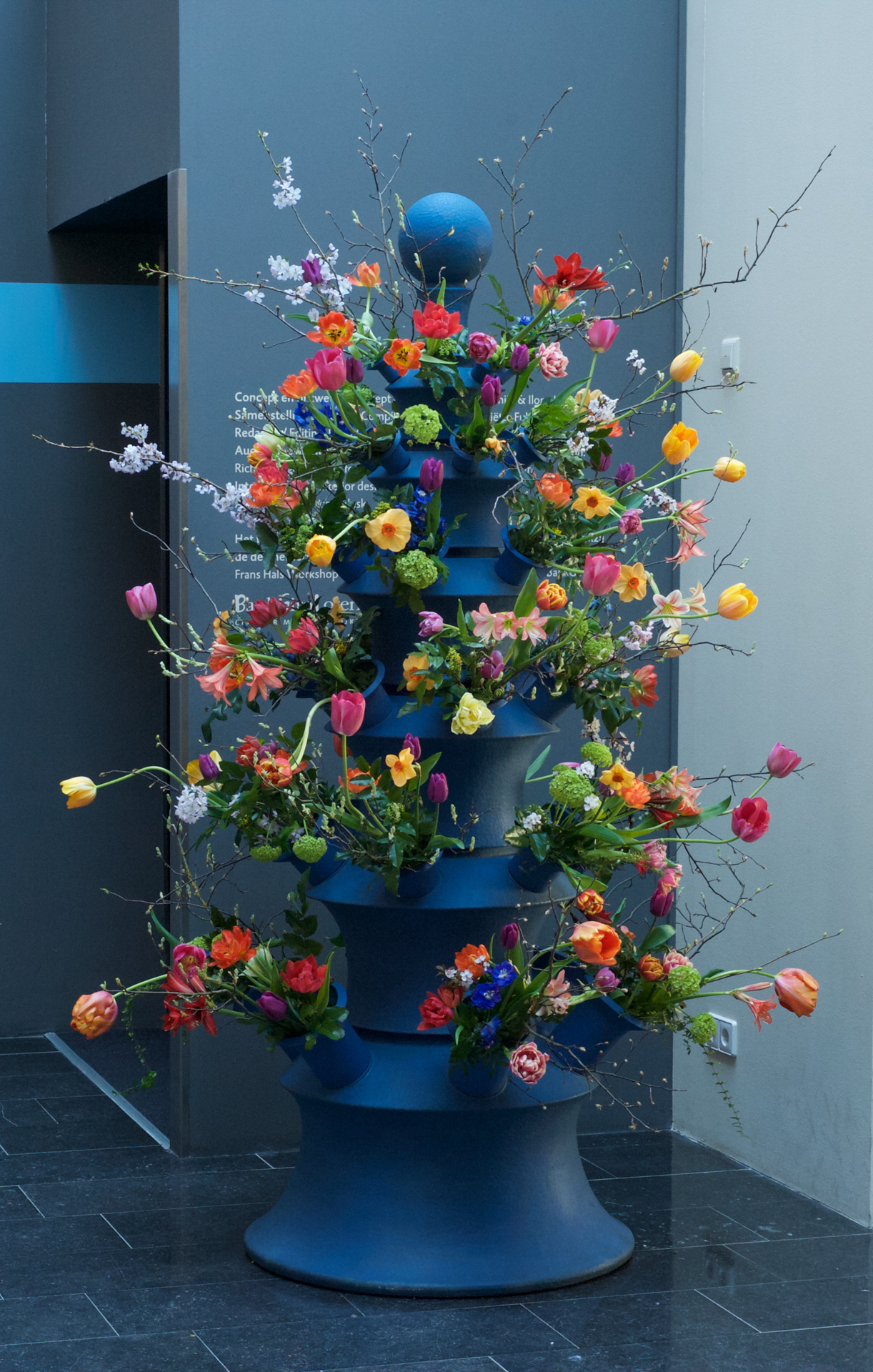 This huge tulip vase is quite literally a tower made up of seven separate, stackable parts. It is one of two such spectacular vases that were made especially for the Frans Hals Museum by leading Dutch ceramist Jan van der Vaart, and they are specifically intended for the large Civic Guard Room, where Hals’ civic guard group portraits hang. The vases have been used extensively during the museum’s annual – and very popular – ‘Flowers in the Frans Hals Museum’ weeks, with the flowers and water going into the – separately placed – spouts.   When creating these, and other tulip vases, Van der Vaart drew inspiration from the historic, tower-shaped tulip and flower vases that were very popular in the Dutch Golden Age. They were (and still are) mainly made in Delft, and the shape is usually evocative of Chinese pagodas or obelisks. They were often called ‘flower pyramids’ in the 17th century and could, in those days, even be as high as one-and-a-half metres. Van der Vaart’s forms are simple, sleek and modern in style, but can vary per vase type.