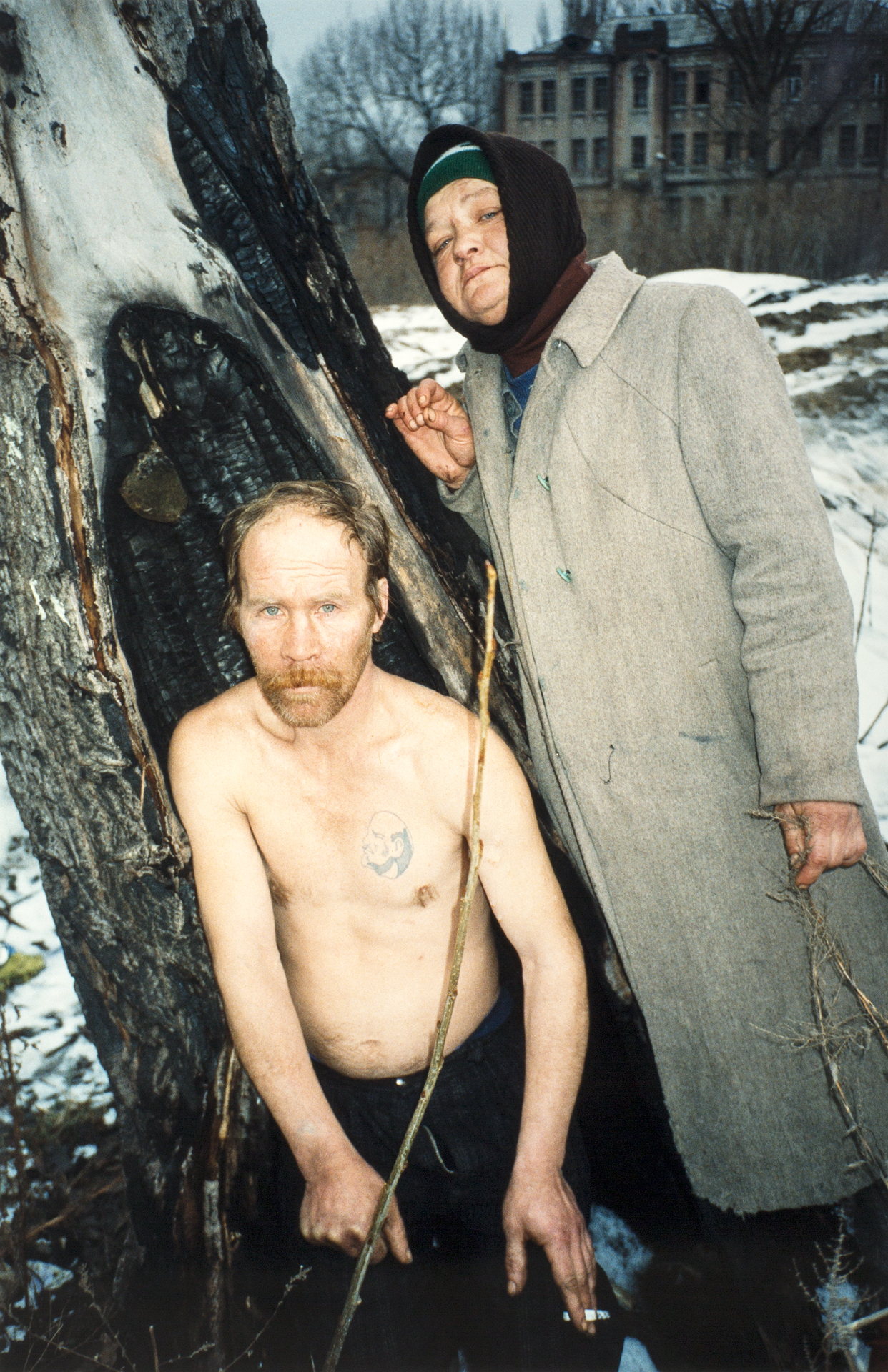 An apparently classical composition with a man and a woman. They look straight into the lens. The squatting man wears a tattoo of Lenin on his exposed torso. He has had to exchange the boundless faith and trust he had in the political system for the experience of life in primitive conditions. Boris Mikhailov’s series, ‘Case History’, to which his photograph belongs, shows the present social injustices in what used to be the Soviet Union. The photographs are comitted, probing portraits of people on the fringe of society. The shocking images command the viewer’s attention. On cannot simply pass them by.