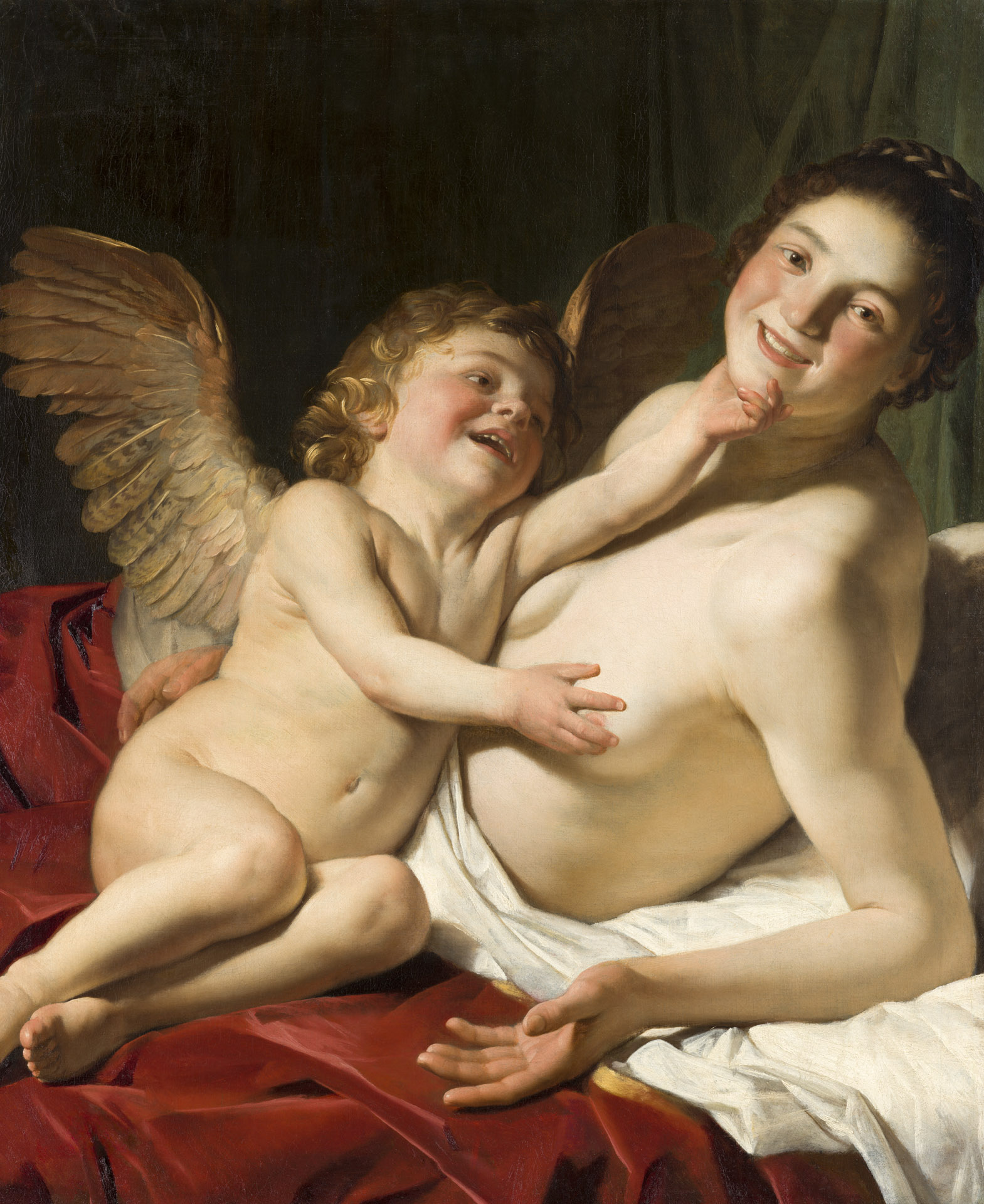 Cupid has placed his hand on Venus’s breast and holds her chin: suggestive gestures. Venus, who lies in bed, accepts the intimacies with a dazzling smile. But she is turning to the viewer. She makes an inviting gesture with her hand, as if she is asking whether the viewer wants to join them. This Venus may also have been intended as an encouragement in the connubial bedroom. For a long time the painting was thought to be by Roeloff van Zijl, but nowadays it is attributed to the Utrecht-born painter Gerard van Honthorst or one of his workshop assistants.