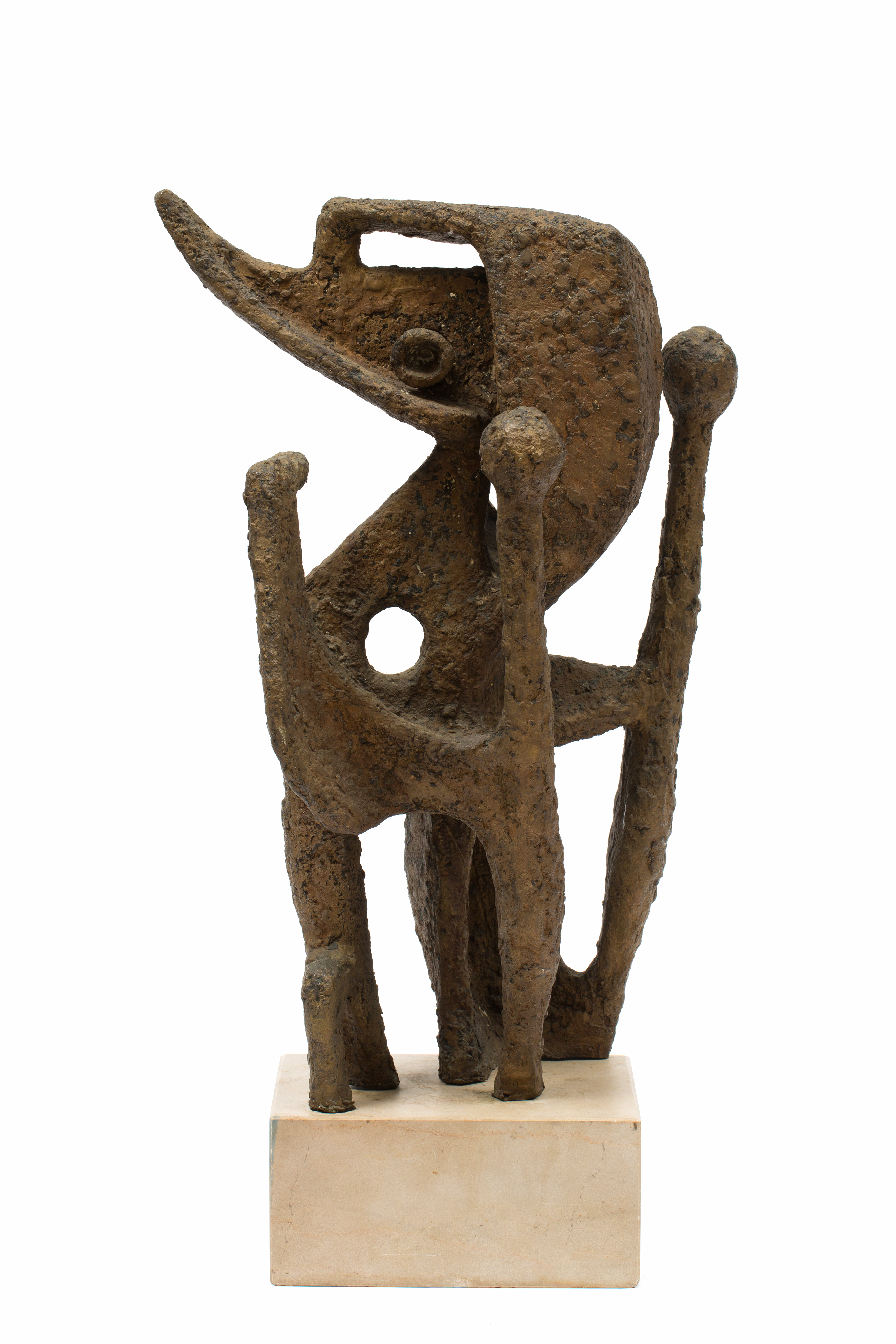 Vlieghond is a bronze-cast statue that was made in 1953 when Lotti van der Gaag lived in Paris. Van der Gaag made her debut in 1950 in an art gallery in The Hague, where she showed clay fantasy creatures that were half-human, half-animal. Vlieghond is also rather a strange figure: a peculiar cross between plant and animal, abstract object and dog. This work is typical of the informal, abstract-expressionist art that appeared after 1945. Van der Gaag’s work is connected to this because of the emphasis on raw materiality and vital expression. The work is also reminiscent of the Cobra movement, in which animal forms play a major role.