Five paintings at the Frans Hals Museum have recently undergone a transformation. Experts at the museum have spent two years restoring works by Cornelis Dusart, Pieter de Grebber, Cornelis van Wieringen, Karel van Mander and a painter from the circle of Adriaen Brouwer. The exhibition
A Closer Look affords visitors insight into the entire conservation process. Each treatment is explained by means of digital presentations.

The Frans Hals Museum has had its own conservation department since it was founded in 1913. Much has changed in the area of restoration and conservation in the course of the years. Research techniques have improved greatly and works of art are now treated in a conscientious manner showing greater respect for the original paint layer.

Each restoration is unique

The actual restoration of a painting is preceded by extensive analysis to determine what has been done to it in the past; to distinguish what is original and what is a later addition. The painting’s condition is examined closely and a conservation plan is drawn up. Each painting calls for a separate approach depending on the problems that are encountered. For example, it may be necessary to treat the support, i.e. the canvas or panel on which the painting was made, to re-attach loose paint, to remove varnish or old, discoloured overpainting and retouched areas.

An ambitious conservation for instance was that of Smokers at an inn, a panel once attributed to Adriaen Brouwer, one of the most famous peasant genre painters of the Golden Age. In the 20th century restorers attempted to flatten the warped wooden panel using a drastic method, so-called cradling. The back of the wooden support was planed to make it thinner and more even. Next a wooden construction of slats was affixed to it. This method ultimately damaged the wooden support: in the course of time cracks appeared in both the wood and the paint layer.

This problem was addressed in the most recent treatment. The cradle was removed from the back and a new flexible and lighter construction applied. The cracks in the panel could then be filled and retouched.

This presentation in the Frans Hals Museum includes five restored paintings: Circle of Adriaen Brouwer  Smokers at an inn, Cornelis Dusart’s Village celebration, Pieter de Grebber’s The prophet Elisha refuses the gifts of Naäman, Cornelis van Wieringen’s The capture of Damiate and Karel van Mander’s Adoration of the shepherds. These works are accompanied by digital presentations that show more of the conservation process. 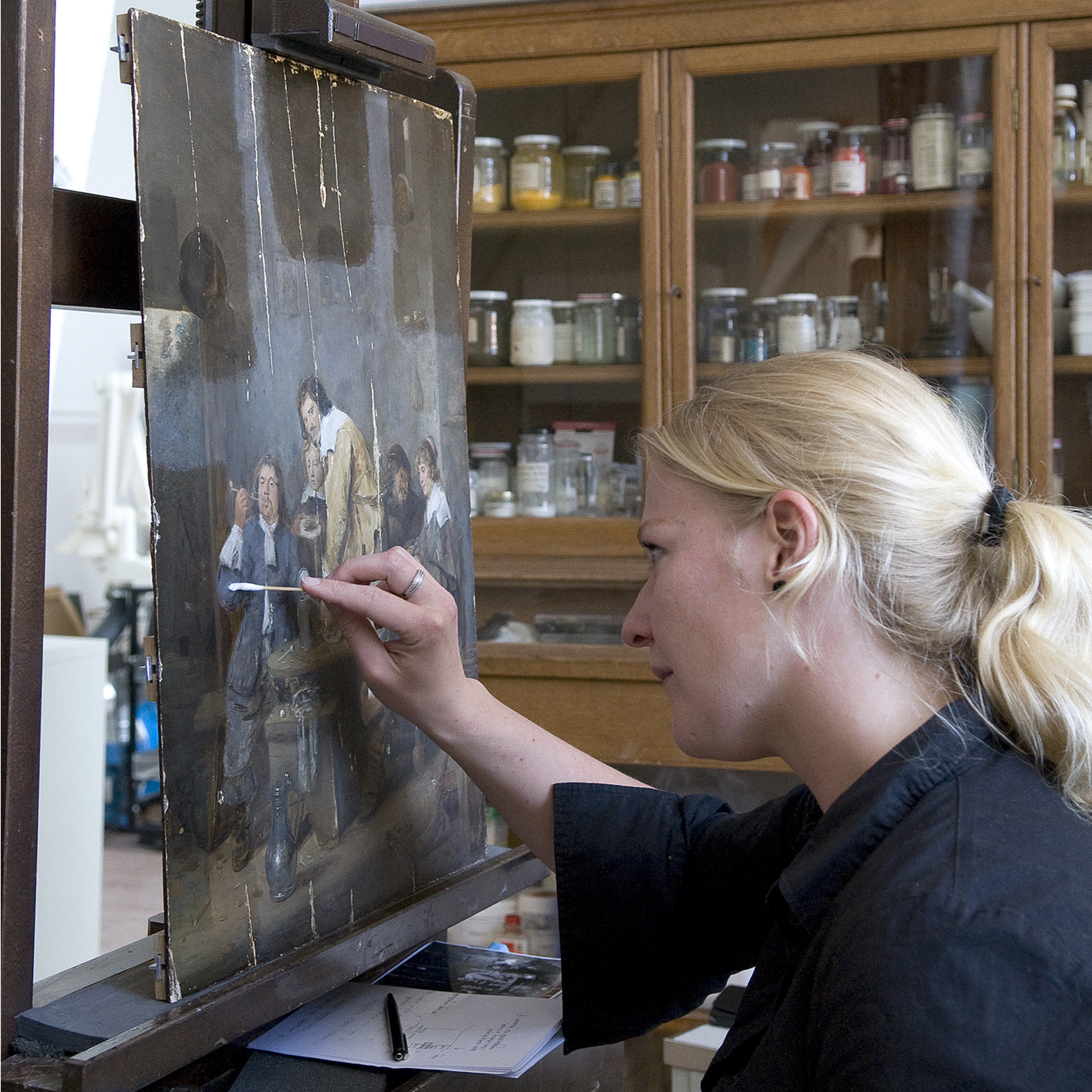