Dress up as civic guard

What do still lifes tell us about colonial and trade relations in the Golden Age?

A Global Table runs in the Frans Hals Museum and De Hallen Haarlem. This unique exhibition featuring old and new art showcases the magnificent food still lifes of the Golden Age. It offers an alternative reading of these works as documents from an eventful history. What does the food we see tell us about the Netherlands’ colonial and trade relations in the sixteenth and seventeenth centuries? Curatorial Fellow Abigail Winograd (Israel, 1983) initiates dialogues between some thirty exquisite still lifes and works by contemporary artists who are interested in world trade and the effects of colonialism.

As quinoa and the avocado have changed European cooking over the last few decades, so, from the fifteenth century onwards, ‘new’ foodstuffs like coffee, sugar and tomatoes transformed our ancestors’ eating habits. From the end of that century European imperialism changed the map of the world and created a global trading network. The start of an emotionally charged exchange between peoples and cultures, it saw the import of new agricultural produce and foodstuffs from Africa, America, East and Southeast Asia and India. Before this, Europeans had no knowledge of tea, sugar, coffee, tomatoes, potatoes or maize. These new and, at the time, exotic types of food changed the European diet for ever. As the prime movers of international trade, the Dutch saw their economy boom in the sixteenth and seventeenth centuries. The huge abundance of wealth gave rise to a self-assured bourgeoisie that delighted in displaying its affluence. People had their portraits painted and they also wanted landscapes and seductive still lifes on their walls. It is no surprise that many of the new products feature in the Golden Age still lifes.

The Still Life as a Historical Document

A Global Table brings seventeenth-century Dutch and Flemish still lifes by artists such as Floris van Dijck, Balthasar van der Ast, Clara Peeters, Jan de Heem and Willem Kalf face to face with works by contemporary artists like Nelson Leirner, Patricia van Kaersenhout and Ellen Gallagher. The Old Master paintings are not the subject of traditional art-historical analysis but rather ‘read’ as historical documents. The exhibition invites viewers to ask three simple questions about the foods in the still lifes: What are they? Where did they come from and how much did it cost – in terms of money and human suffering – to get them here? In finding answers to these questions, the paintings can be seen as documents charting the growth of economic power and colonial expansion of the Republic and the Dutch contribution to the creation of the world economy.

We want to know what we’re eating. In the last few decades artists have shown increasing interest in the socio-economic aspect of food production and consumption. The artworks by Felipe Arturo (Bogotá, 1979), Patricia Kaersenhout (Netherlands/Suriname, 1966), Ellen Gallagher (Providence, Rhode Island, 1965) and Shelley Sacks (Johannesburg) pose the same questions: What is the political and cultural significance of food? What are the effects of past colonial relations on the world trade in food and the distribution of wealth?

Abigail Winograd (Israel, 1983) is an independent exhibition maker, who gained her doctorate at the University of Texas in Austin. Her area of research encompasses Pre-Columbian, modern and contemporary Latin-American art. Holding the new Transhistorical Curating Fellowship, she is the first curator to stage an exhibition in the Frans Hals Museum | De Hallen Haarlem in which the focus lies on finding meaningful and surprising ways to link old and contemporary art. 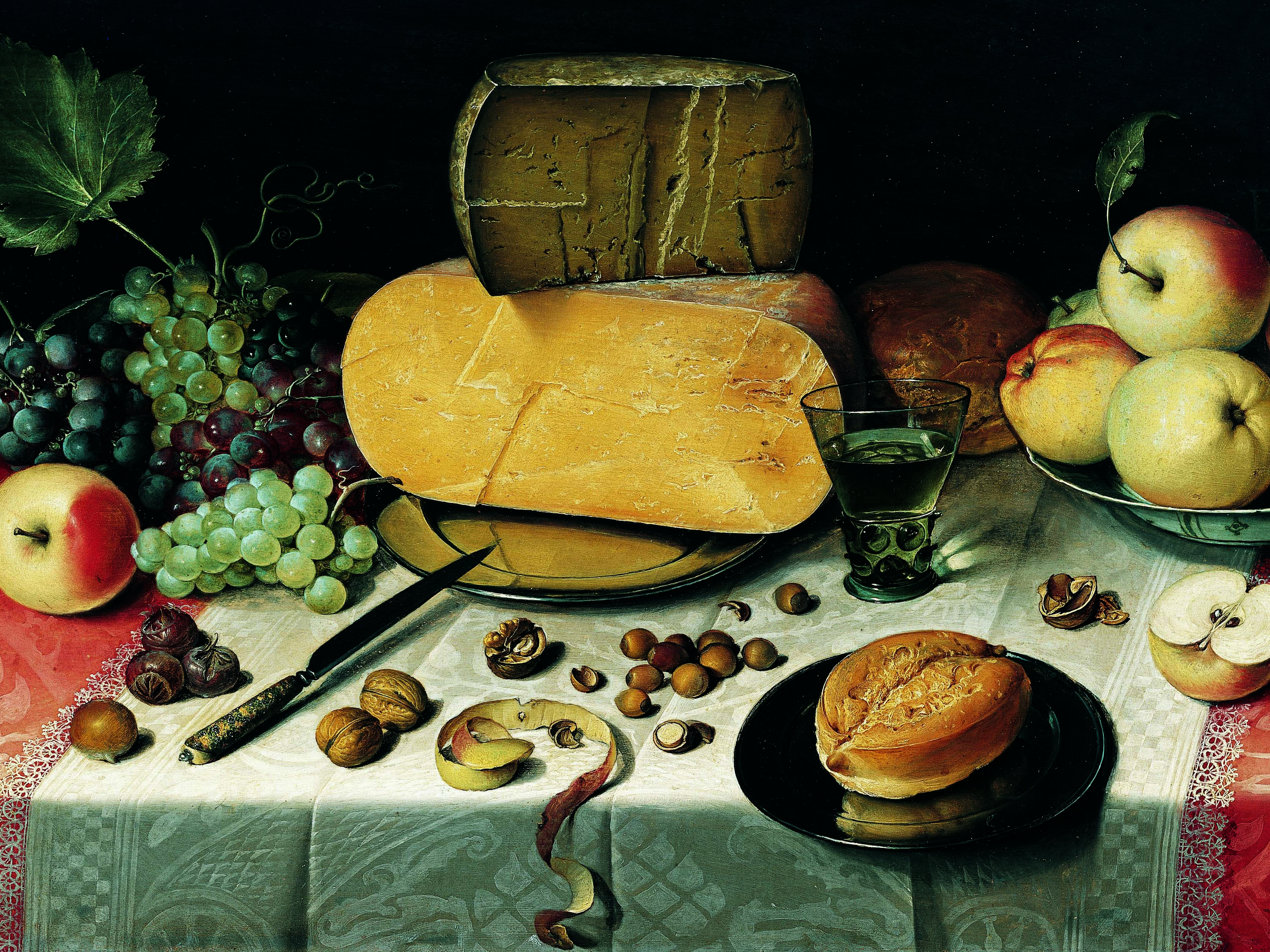 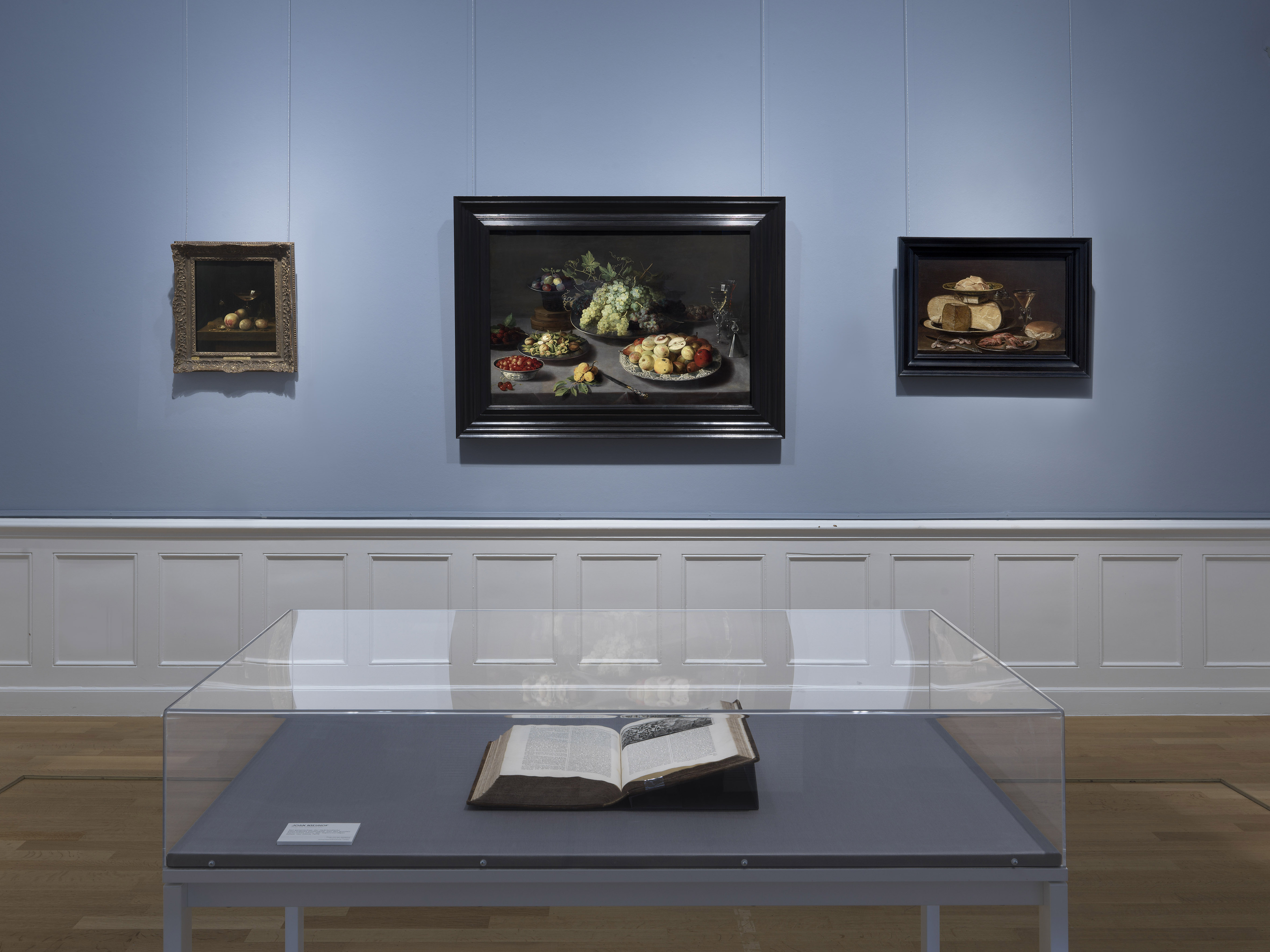 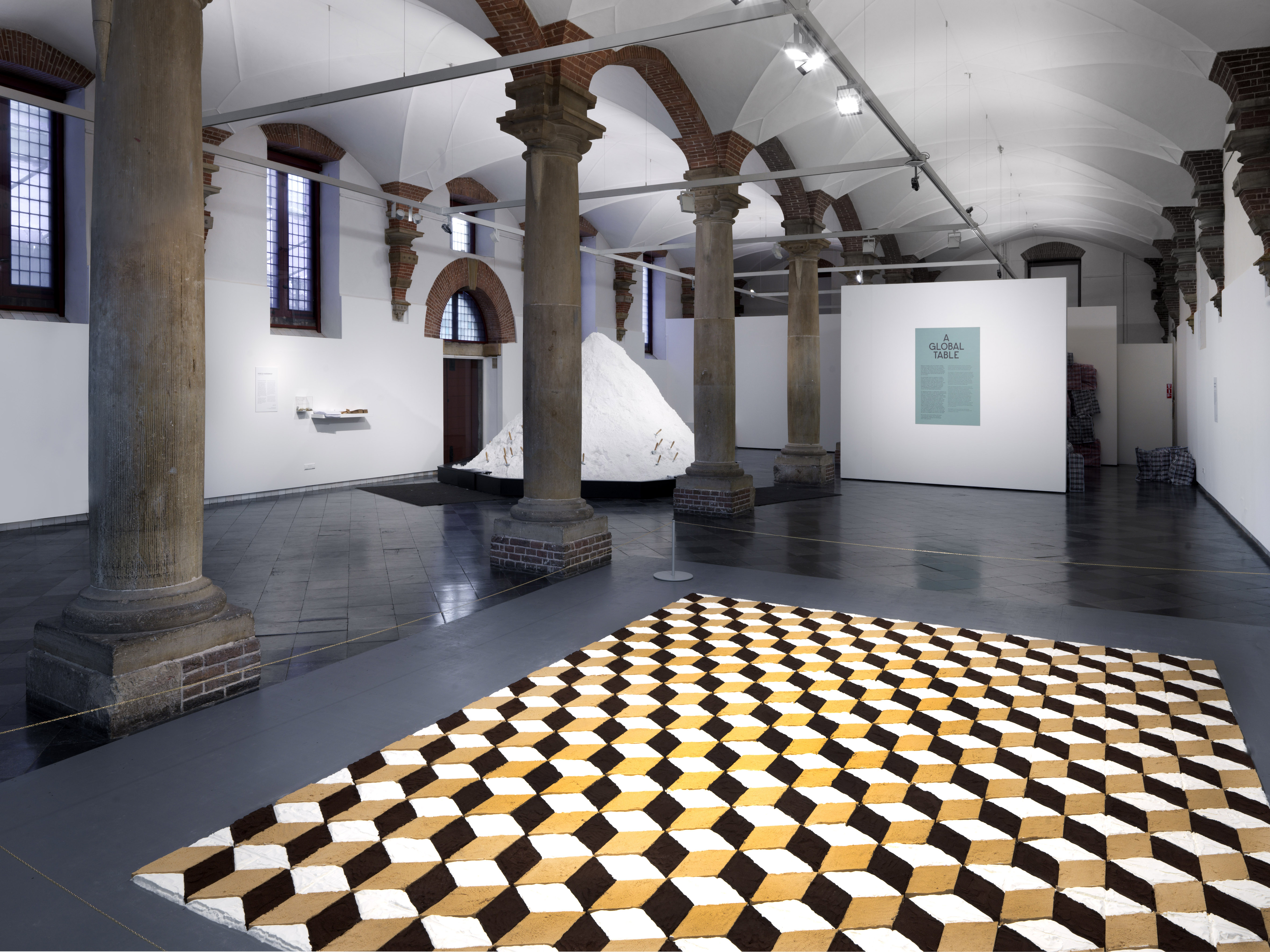