He disappeared into Complete Silence

The Dutch Landscape in Art since 1850

A green polder countryside with cows, ditches, farmhouses and windmills, boundless vistas, vibrant bulb fields and panoramic river and dune landscapes: every facet of the Dutch landscape was to be seen summer 2011 in the exhibition A Portrait of Holland – The Dutch Landscape in Art since 1850 in De Hallen Haarlem. More than a hundred and twenty paintings, watercolours, prints, photographs and films by Dutch artists like Anton Mauve, the Maris brothers, Piet Mondrian, Jan Toorop, Jan Sluijters, M.C. Escher, Jan Wolkers and Jan Dibbets epitomized the fascination of the Dutch landscape.

The large summer exhibition in De Hallen Haarlem revealed the way that the seemingly simple, flat Dutch landscape of polders and rivers has inspired an incredible diversity of interpretations. It examined a number of movements in Dutch painting since 1850—from the Hague School to Expressionism—and also explored the work of photographers and filmmakers.

Easels in the Polder

Around 1850 Dutch artists felt a growing need for direct contact with their own familiar Dutch surroundings. Inspired by French Realist and Impressionist examples, for the first time in history large numbers of Dutch artists set up their easels in the polders; they wanted to experience and picture in all weathers their own landscape with its meadows, mills, cows, canals, rivers, dunes and church towers. Among the artists of this period featured in the exhibition were Piet Mondrian and the Hague School painters J.H. Weissenbruch, P.J.C. Gabriel, the Maris brothers, Anton Mauve and Willem Roelofs.

From the last decades of the nineteenth century onwards, new styles like Pointillism, Cubism and Expressionism determined the way the Dutch landscape was depicted. Dutch painters like Jan Sluijters, J.B. Jongkind and Leo Gestel experimented with new approaches to reality. Alongside works by these artists, A Portrait of Holland also showcased more recent art by Edgar Fernhout, Eugène Brands, Jaap Hillenius, Jan Wolkers and Ben Akkerman. They expressed their personal observations of the landscape in what are by and large highly abstract works.

Manipulation is another aspect explored by the exhibition. There were and are artists who bend and distort the landscape to confuse and astound—like M.C. Escher with his perspectival games, like Paul de Kort and his land art, Sjoerd Buisman’s manipulation of vegetation, Jan Dibbets’s collages of landscape photographs, and the photographic works that disconcert the viewer by Barbara Visser and Gerco de Ruijter. Film images from Bert Haanstra’s Spiegel van Holland (1950) rounded off the exhibition. 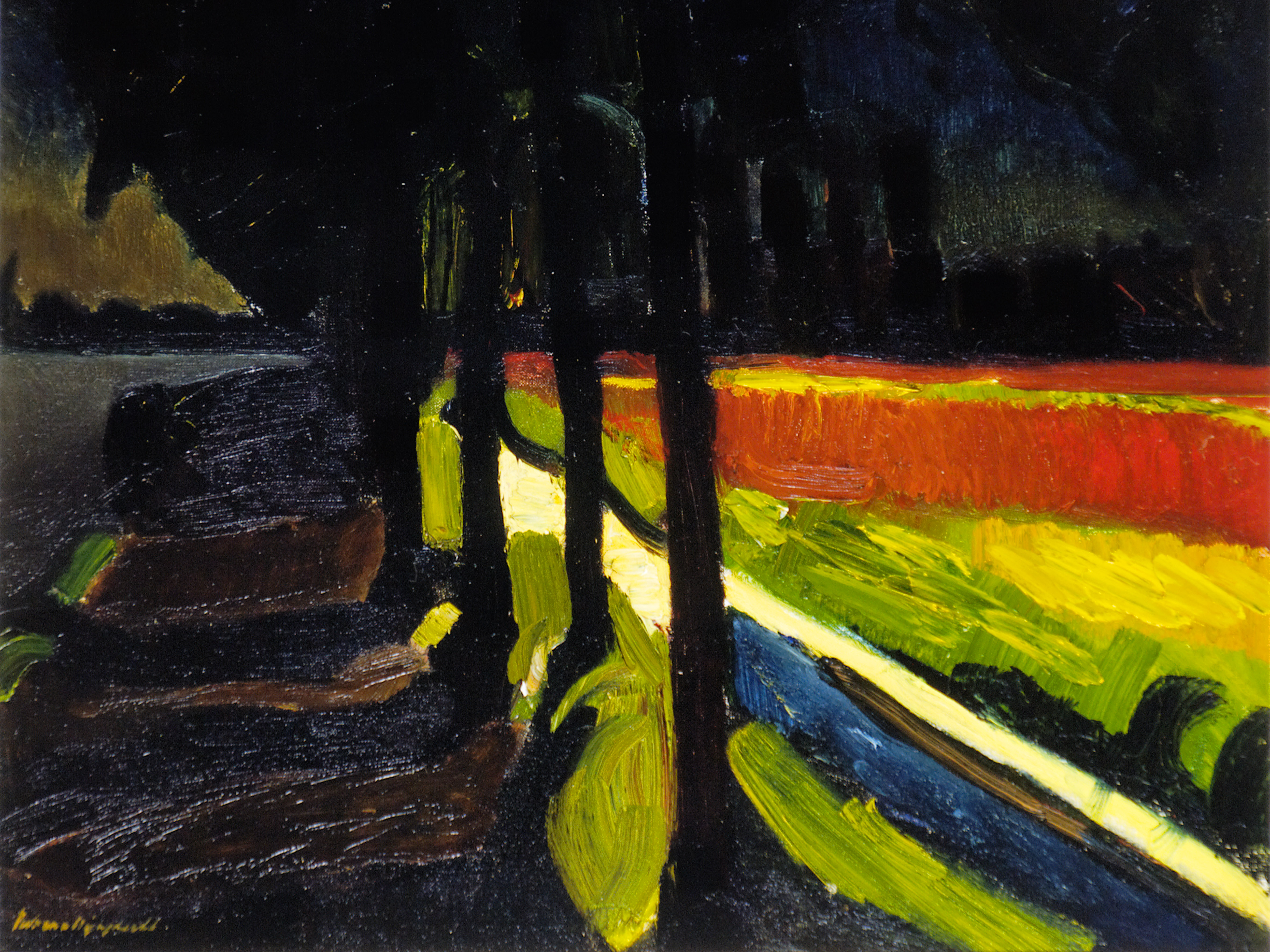 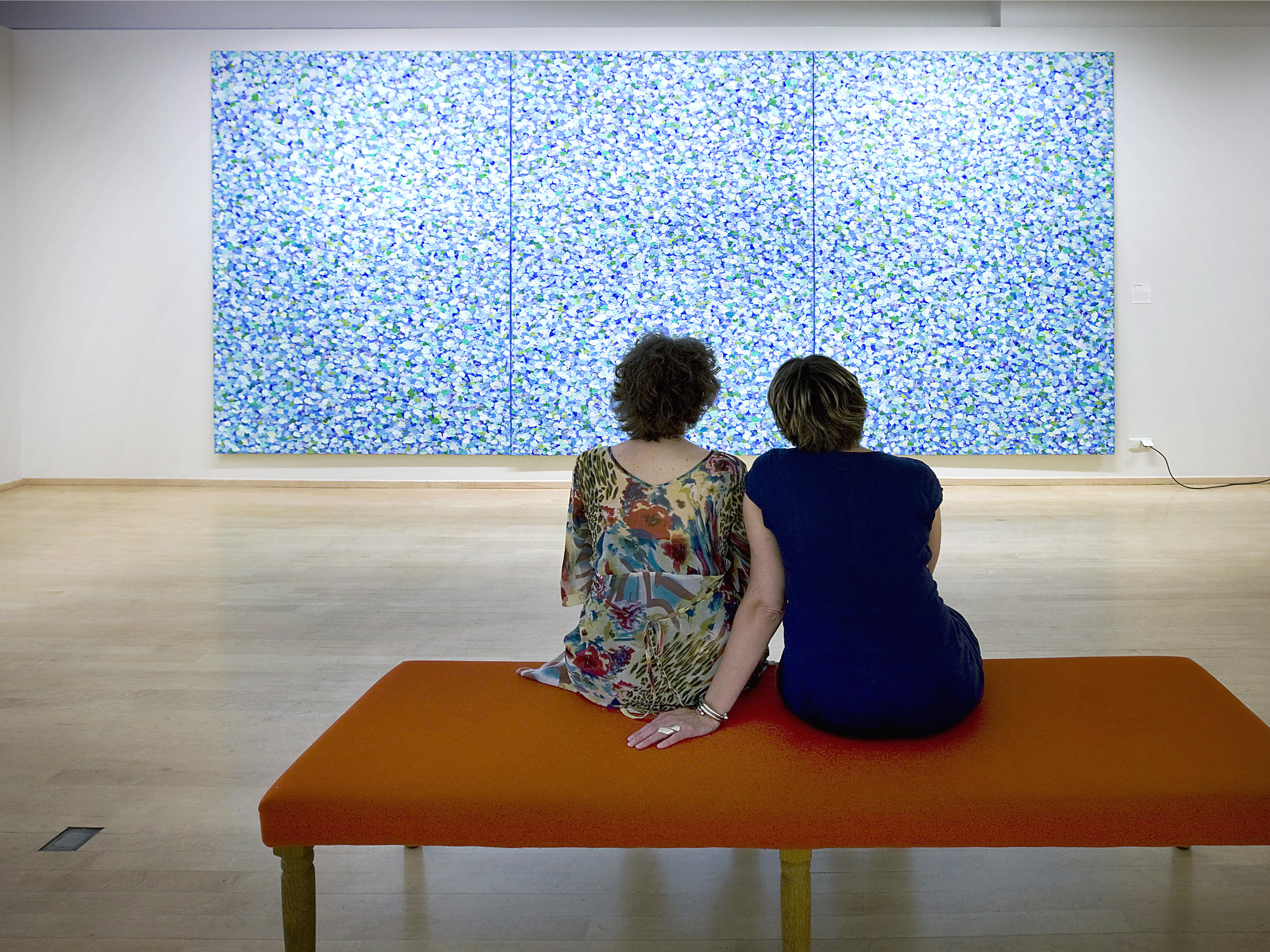