Although artists with a mind of their own have been ubiquitous in the visual arts for as long as they have existed, Cady Noland (b. Washington DC, 1956) can rightly be called one of the most exceptional enfants terribles of the last decades. In the 1980s and ‘90s her idiosyncratic sculptures and installations were a deeply socially engaged voice, echoes of which can still be heard. In her work she sarcastically investigated themes such as violence, political power structures, the role of the media and the idolatry surrounding public figures in American society – themes that are still surprisingly relevant today. Then in the late 1990s she withdrew permanently from the art scene out of anger over the commercialisation of the art market. Only once before has a solo exhibition by Cady Noland been seen in the Netherlands, in Boijmans Van Beuningen Museum in 1995. A collection of her work from between 1990 and 1995 was on view in De Hallen Haarlem.

Noland, daughter of the Color Field painter Kenneth Noland, grew up in America in the turbulent social climate of the late 1970s. Artists like Cindy Sherman, Richard Prince, Sherrie Levine and Barbara Kruger voiced criticisms of existing power structures, consumerism and the rising influence of the mass media. Using a visual language based on the codes of advertising and mass culture they sought to identify these institutional, maledominated structures as the problem, and comment on them.

Cady Noland’s work engages in a very direct confrontation with the viewer. The works exhibited are full of references to everyday phenomena that Noland tauntingly critiques. She frequently cites the excrescences of the mass media. For instance, in the bizarre, sensation-seeking dynamic of the American media it is possible that a criminal acquires the status of a hero, and an honest politician is vilified. As though in a modern Western, the power of the tabloids and media seems as incontrovertible as the law of the strongest. One clear example of this is the work Not Yet Titled (Bald Manson Girls Sit-In Demonstration) (1993-94). It depicts the alarming repercussions of the cult around the serial killer Charles Manson. Also on view is a press photo of Betty Ford, the much-discussed former ‘First Lady’; she broke through many taboos in the area of sexuality, but as a result of public pressures struggled with chronic addictions (Betty Ford, 1995). Freestanding cutouts of these and other photographs, silk-screened on aluminium panels, are placed around the space.

Apparently carelessly assembled materials and ready-mades characterise other works in the exhibition. Noland’s cynicism about the American macho culture resounds in all the materials and techniques used; for instance, aluminium and metal are pre-eminently industrial, ‘masculine’ materials. The separate objects which she used to illustrate the pillars of American culture also take on a deeper significance within Noland’s work. For instance, the naiveté of a rubber chicken, in the steel construction Chicken Awning Frame (1990), refers to entrenched rituals and consumerism.

All the confrontational effects of the works, such as the reflections in the shiny surfaces of the pieces, were carefully calculated by Noland. They pull visitors out of their comfortable role as spectators, and involve them in the dynamic of her work.

In the present political conjunction in the Netherlands, in which security and violence are vital themes, Noland’s artistic reflections on these social structures would seem to once again be very relevant. This gives her work continuing relevance and influence outside of her own time and context. Both her critical reflection on the power of mass media, and her formal language and use of materials remain an inspiration for many young artists. 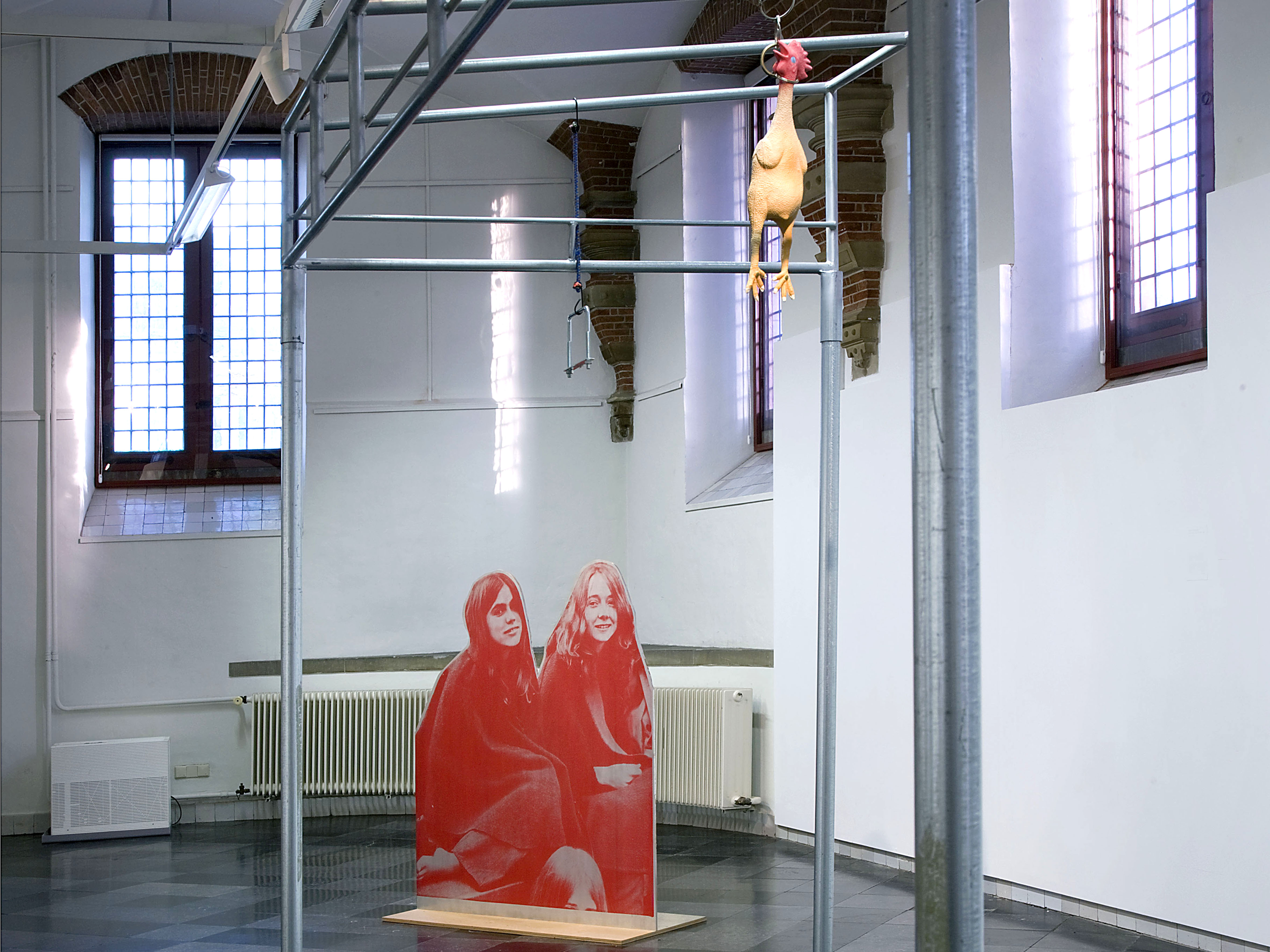 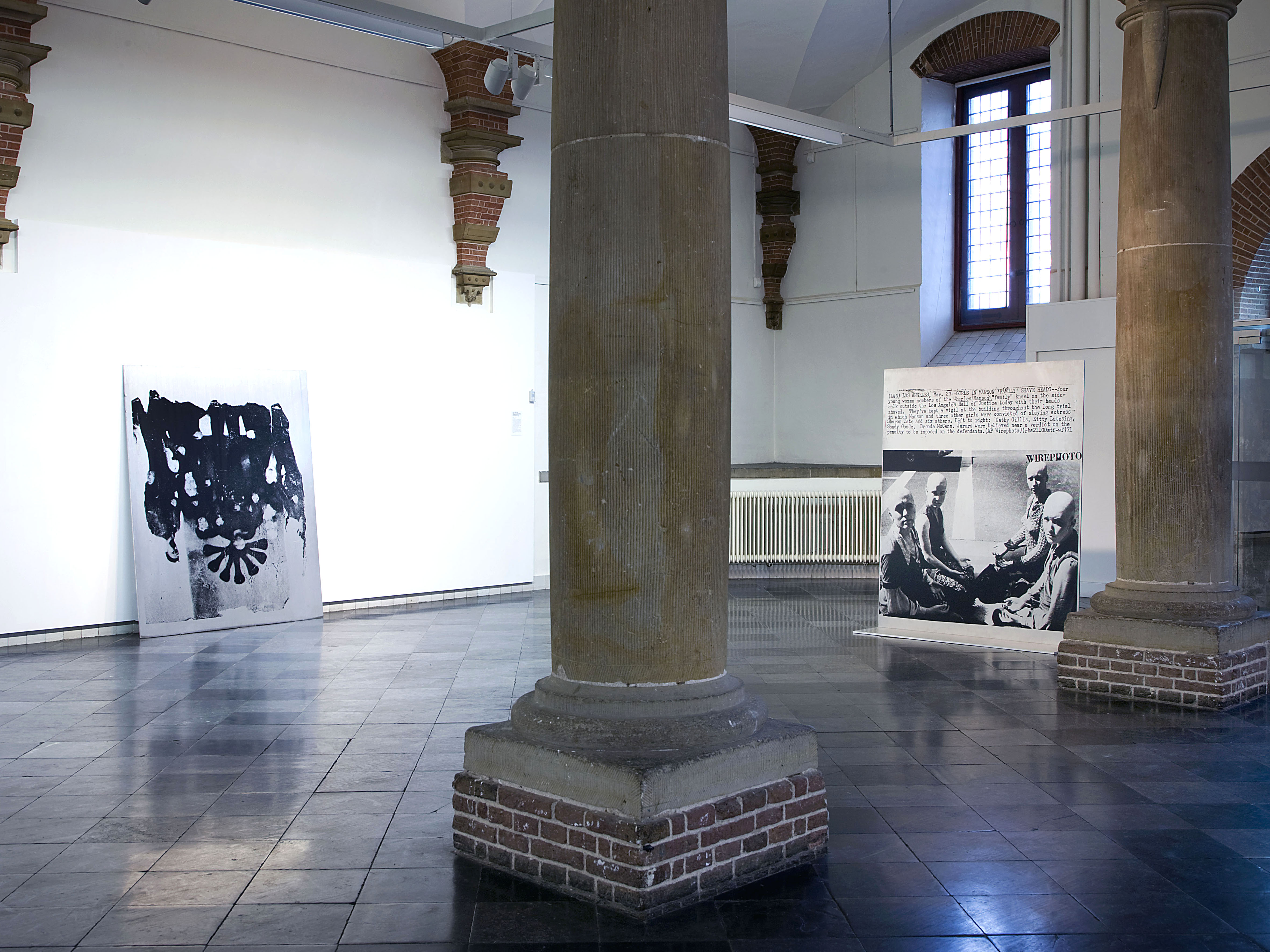