This winter it is party time in the Frans Hals Museum. Celebrating in the Golden Age showcases a highly popular subject in seventeenth-century art. Painters like Jan Steen and Frans Hals portrayed countless merry-making folk and lively companies, from peasant fairs and carnival celebrations to lavish al fresco parties, processions and civic guard banquets. The exhibition in the Frans Hals Museum will circa 45 paintings, including masterpieces from its own collection and loans from such leading institutions as the Metropolitan Museum (New York) and the Gemäldegalerie (Berlin). Celebrating in the Golden Age runs from 11 November 2011 to 6 May 2012.

The exhibition presents the first ever overview of painted partying in the Golden Age. Alongside many enchanting paintings by important seventeenth-century artists, visitors will see a wide range of narrative scenes conveying what is often a sly or humorous view of the standards and values of the time. All kinds of celebrations will be on show—elegant garden parties, fairs, banquets and peasant weddings, Carnivals, Masquerades, family gatherings on St Nicholas Eve, Twelfth Night and May festivities.

Celebrations were a popular subject for painters in the Golden Age. These themes sold well and they also gave painters the opportunity to explore their artistic limits. The growing popularity of the subject was due in no small measure to Jan Steen, the supreme painter of festivities in the seventeenth century. He pictured more types of celebration than any other artist, and excelled in telling expressions and humorous compositions.  Seven of his works will be on display in the exhibition.

Portrait of a licentious lifestyle

Not every kind of seventeenth-century festivity was recorded in paintings; for instance we know of no pictures of birthday parties or Christmas celebrations. Other occasions, such as the Feast of St Nicholas, are extremely rare. Another striking aspect is that there are plenty of peasant weddings, but virtually no paintings of the weddings of the upper classes. It would seem that painters preferred celebrations that were accompanied by a certain degree of bawdiness.

Paintings from Haarlem will occupy an important place in the exhibition. The ‘gallant company’, a picture type introduced by David Vinckboons in Amsterdam, flourished in Haarlem thanks to artists like Esaias van de Velde, Dirck Hals and Willem Buytewech.  In his innovative group portraits of the local civic guards, Haarlem’s most famous painter, Frans Hals, pictured the officers at their celebrations with vivid likenesses, lively gestures and expressive features. Jan Steen painted many of his best works in Haarlem. 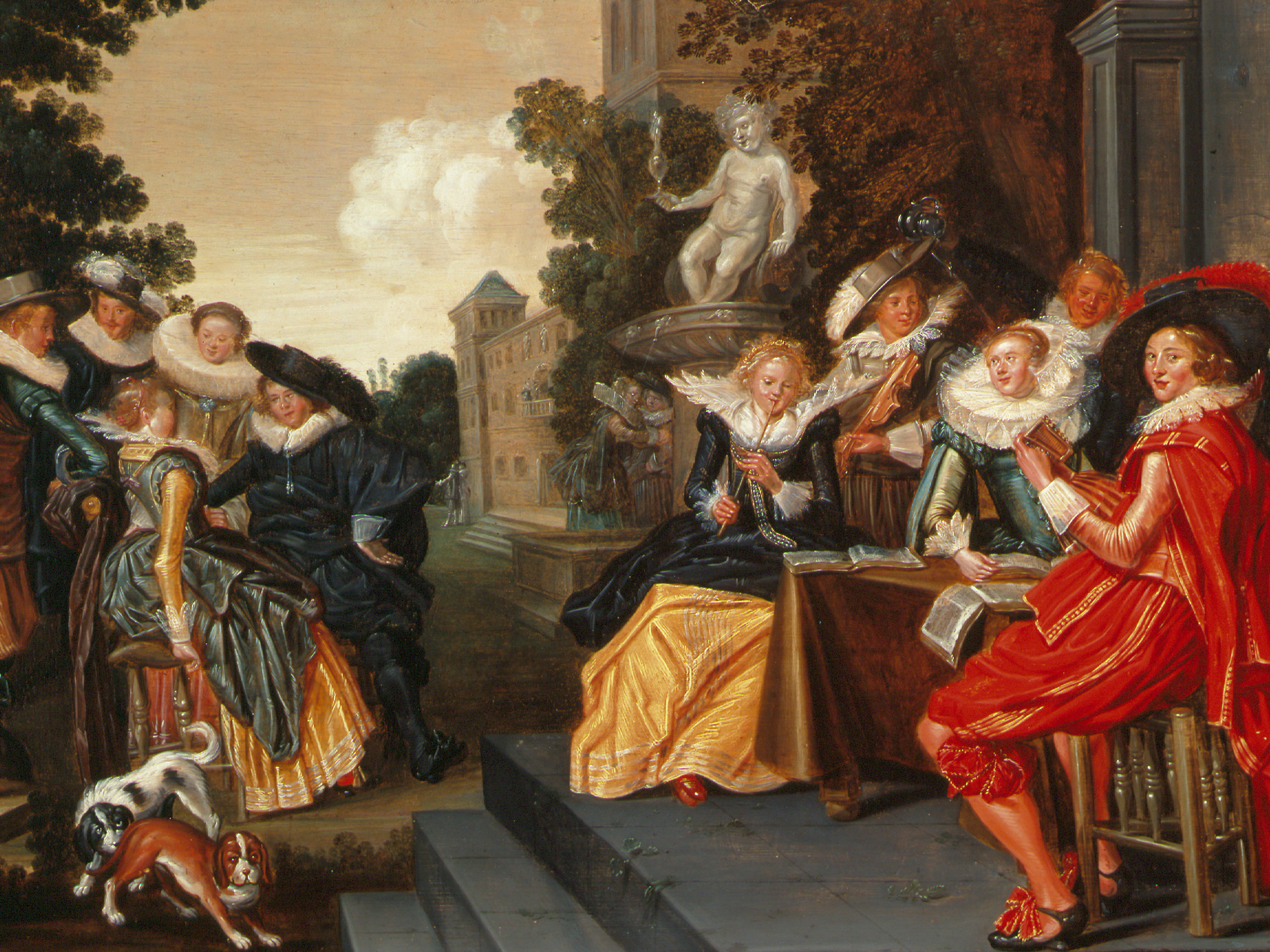 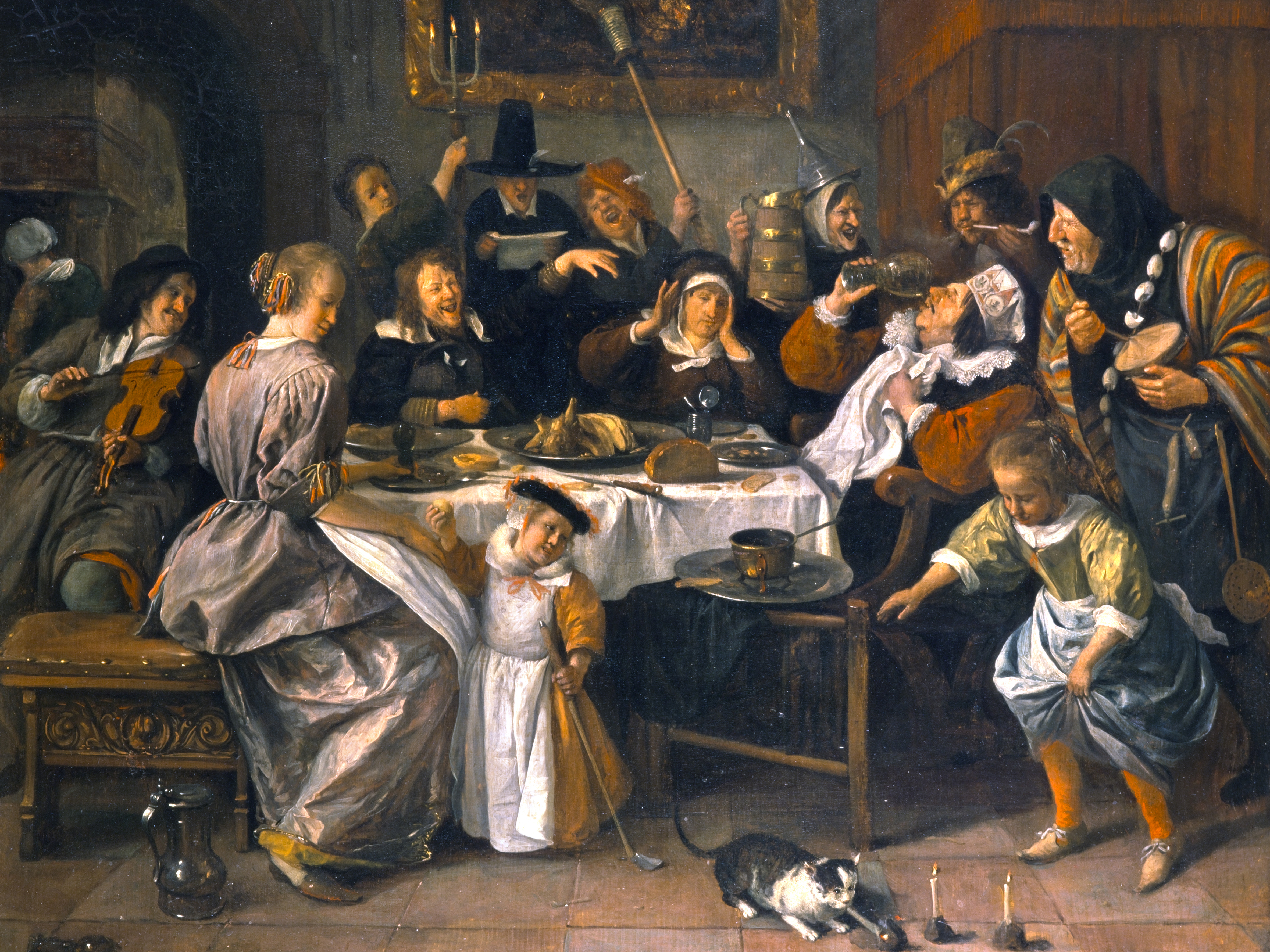