Cor Dera (b. 1956) has for a long time now been occupied with the question of how nature can be visualised without falling into the traditional romantic approach which chiefly emphasises its aesthetic beauty. In almost all cases that approach has become a meaningless cliché. Cor Dera on the other hand seeks possibilities to influence our perception of nature in a critical way, without sliding into nature activism or Greenpeace idealism.

Cor Dera works with existing nature photos that he cuts out of all sorts of books and magazines. The ‘snapshots’ chosen are arranged in a new way, in which he does not employ the common principle of sort, but orders the plants and animals on the basis of similarities in, for instance, colour and behaviour. This formal order gives the pictures a new significance, and as a result you begin to look at them with other eyes.

In the project ‘Dufte’, which was the central component of his exhibition in De Hallen, he has selected about 90 photographs from the archive of Raimon Opitz, who for more than a quarter century was keeper of the anthropoid apes at the Berliner Tiergarten, depicting the different phases of life of the gorilla Dufte. They reveal Dufte’s behaviour and facial expressions in such a natural way that you never get the impression that you are dealing with an ape in a zoo. 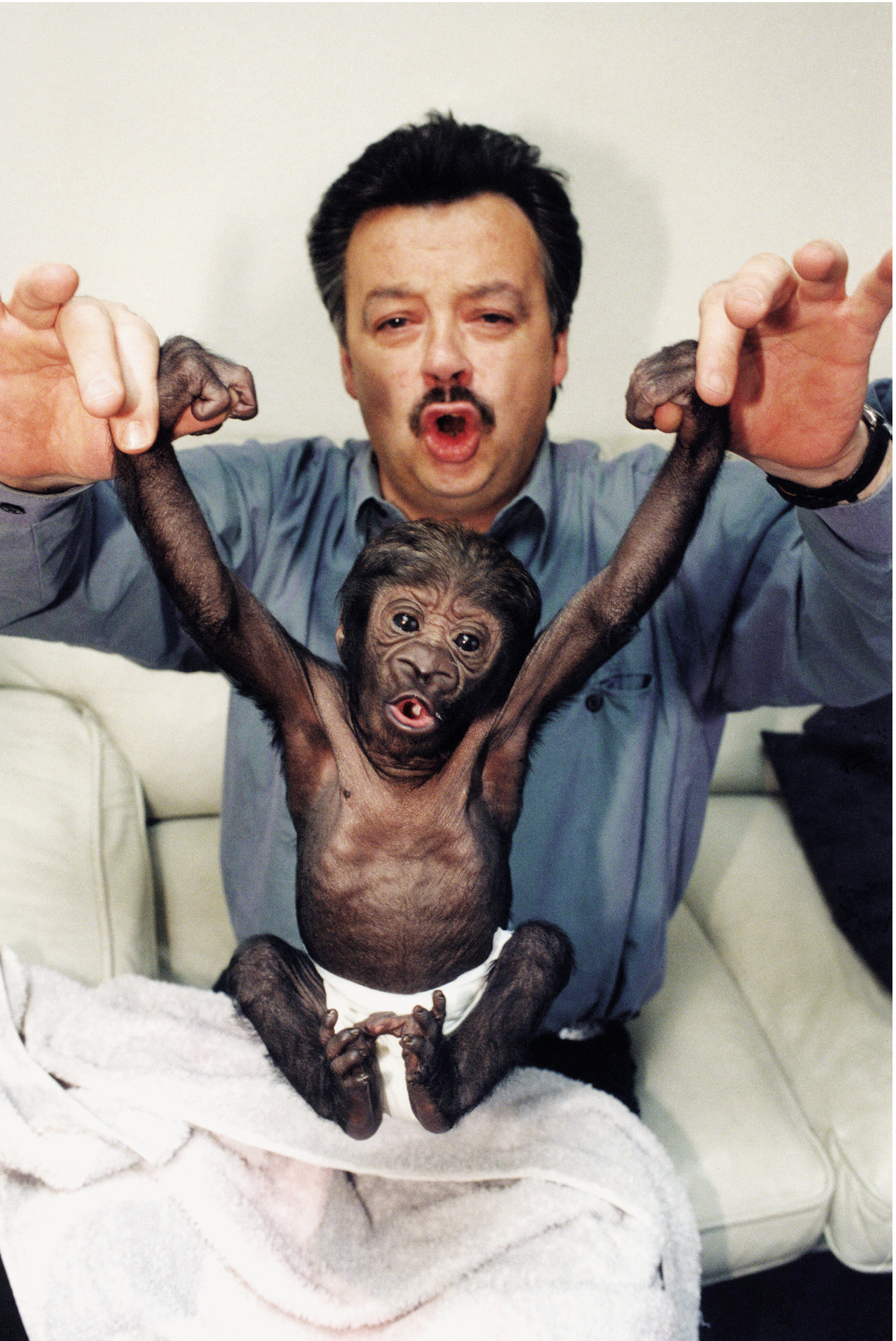