This autumn the Frans Hals Museum is devoting an exhibition to Cornelis van Haarlem (1562-1638). Inspired by Italian masters like Michelangelo, Van Haarlem worked in the Mannerist style. Figures are made more graceful by elongating them and portraying them in elegant, twisted and complex poses. The composition of the painting and the rendition of the nude bodies are almost more important than the story. Cornelis van Haarlem had total mastery of this style and is regarded as one of the most explicitly Mannerist painters in the Northern Netherlands.

The exhibition brings together some forty of Van Haarlem’s works for the first time. The paintings come from prestigious museums, among them the National Gallery in London and the Gemäldegalerie in Berlijn, and from various private collections. ‘The Dutch Michelangelo’ runs from 29 September 2012 to 20 January 2013.

Cornelis van Haarlem (Haarlem 1562 – 1638) spent his apprenticeship in the workshop of Pieter Pietersz in Amsterdam. In 1579 he went to Rouen and Antwerp to complete his studies. By the time he returned to Haarlem at the age of twenty-one, he had fully mastered the Mannerist style and was able to give it his personal interpretation.  In Haarlem, he, Hendrick Goltzius and Karel van Mander were an influential trio who played an extremely important role in the development of Northern Netherlandish art: Cornelis van Haarlem with his paintings, Goltzius with his drawings and engravings, and Karel van Mander with his theoretical writings (including the famous ‘Schilder-Boeck’ of 1604). Van Haarlem made many paintings of scenes from the Bible and from Greek and Roman mythology. The figures are often based on classical statues as represented in Van Haarlem’s large collection of plaster casts. He also had access to the sketchbooks of Maerten van Van Heemskerck (1498–1574), which contained many drawings of ancient statues he had made while he was in Rome.

Drama on a Grand Scale

In his paintings, which were usually very large, Cornelis van Haarlem wanted to render drama on a grand scale in an exalted manner. The observer is taken by surprise by a restless composition, pronounced colour effects, expressive gestures, violent emotions and muscular nudes in contorted poses. His paintings are conclusive proof of his unbridled artistic curiosity. They represent Northern Netherlandish Mannerism in its most daring and experimental form.

Cornelis van Haarlem also made lifelike portraits and large works featuring militia companies.  As early as 1583, for example, he painted a large civic guard banquet into which he injected a hitherto unprecedented vitality through composition and gesture. In that painting, with its lively composition and naturalistic portraits, he clearly anticipated the militia works of Frans Hals.

The turn of the century saw the emergence of a new generation of artists who no longer took their subjects from mythological tales or the Old and New Testament. They rejected this artificial court style and pompous religious art, choosing instead secular, everyday subjects. They developed new specialities – the still life, the landscape, the townscape, the portrait and the genre work – paintings that everyone could recognize and understand. Cornelis van Haarlem experienced these innovations at very close hand and was not unresponsive to them. In the 1630s he painted touching genre works like Children Playing Marbles (1636) and Children Eating Porridge (1637), which were small enough for the home. 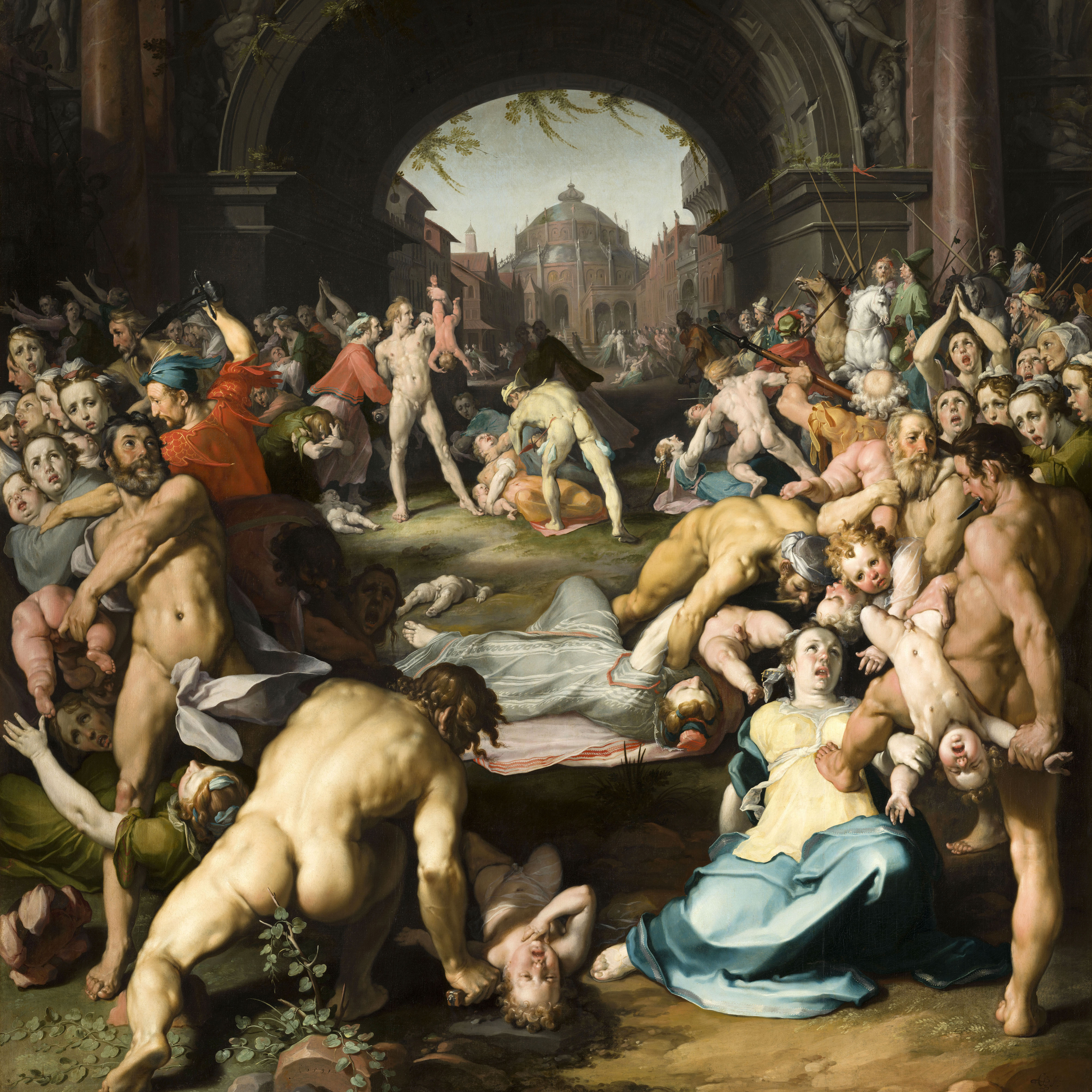 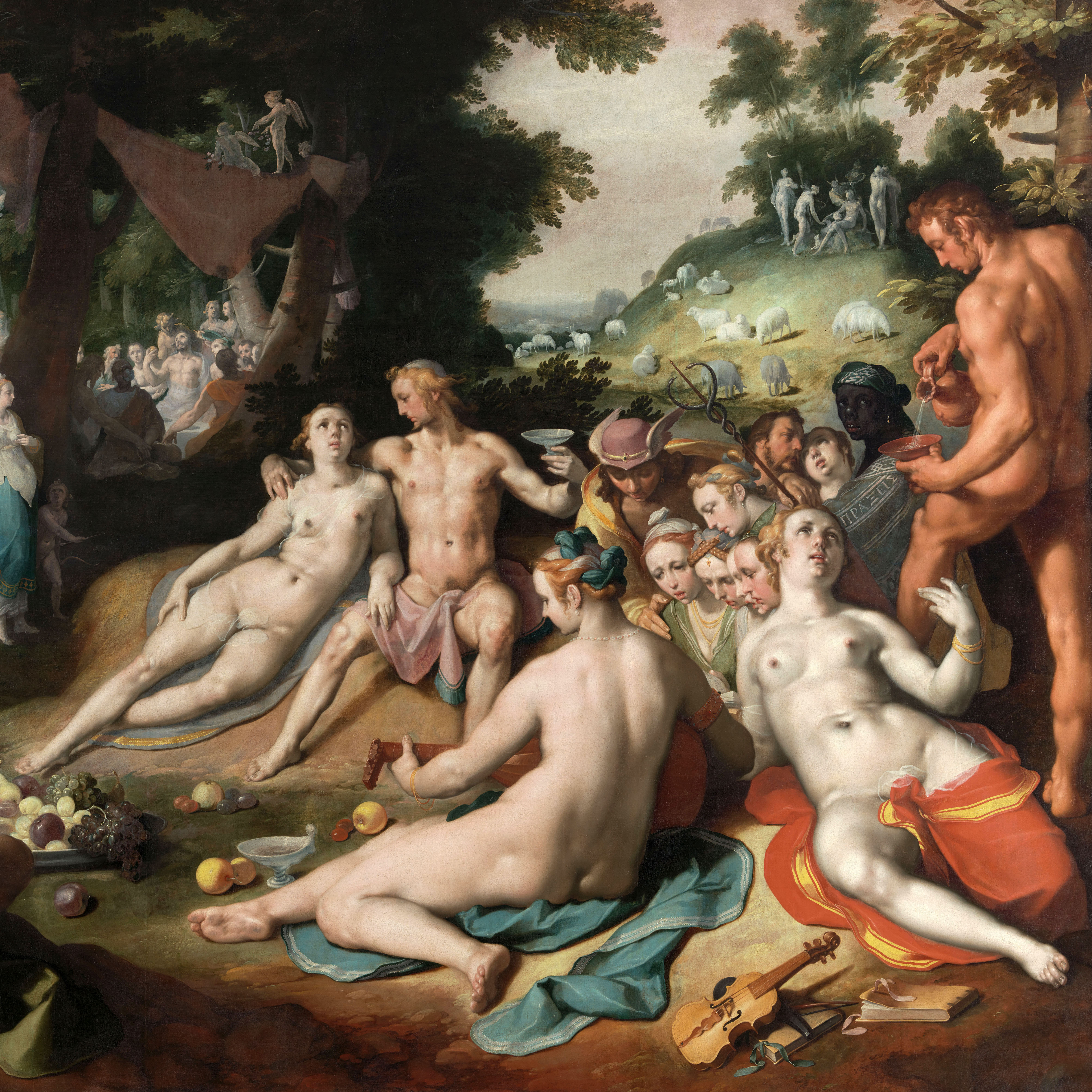