The Stations of the Cross

In fourteen life-sized photo works the English artist Damien Hirst (b. Bristol, 1965), together with the famous fashion and society photographer David Bailey, represent the Via Dolorosa of Christ in an incomparable way. A cow skull with two knives symbolises the judgement before Pilate, and a cross with cigarette butts represents the moment van His death. These are provocative images that transpose Christian concepts to the modern world. This was the first time that a museum presentation of the work of Damien Hirst took place in The Netherlands. Through their contemporary visual vocabulary, derived from advertising photography, the photographs call up an unprecedented sense of revulsion, shame and emotion.

Damien Hirst believes that art must be about life, and as such, also about death. Death and life are the core concerns in his work. As early as 1990 he represented this duality in a particularly striking way in A Thousand Years, a work about the birth and death of thousands of flies, an endless and, in Hirst’s eyes, also meaningless cycle of birth, procreation and death. The flies, but also man, can do nothing other than travel this one-dimensional route. Pharmacy from 1992, an installation with apothecary’s cabinets full of medical instruments, pills and salves, is also has death and life as its theme: the medicines are symbols of the attempt to extend life, but equally of the inability to avert death. This obsession with death also plays a role in his bisected animals in formalin.

The Stations of the Cross

The installation Romance in the Age of Uncertainty (2003), an unexpected production around the theme of ‘the martyrdom of Christ and the twelve apostles’, refers to the uncertainty of human experience, the tangled relations among love, life and death, between loyalty and betrayal, between egotism and self-sacrifice.

In the work The Stations of the Cross Hirst goes further in his fascination with Christian iconography. The work visualises the last hours from the life of Christ: the condemnation to death, the way to Golgotha, the crucifixion, the death of Christ, and the burial. The photographs are almost the size of a billboard (206 x 158.5 cm) and were made in 2004 in cooperation with the photographer David Bailey. The series was only printed once. The complete series is now in a private collection in Austria, and was brought to The Netherlands especially for this exhibition. The exhibition of this Stations of the Cross, which expresses everything in Hirst’s provocative visual language, was deliberately scheduled in the days before Easter. 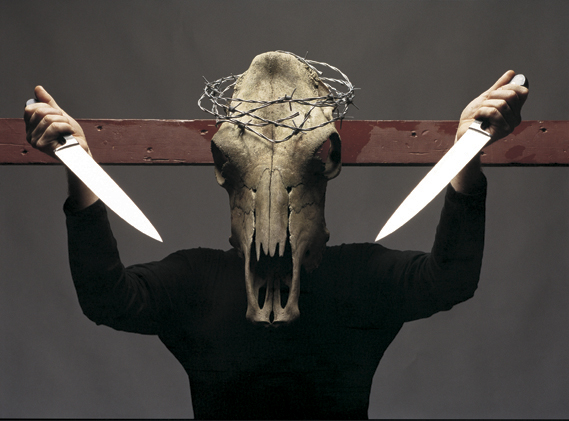 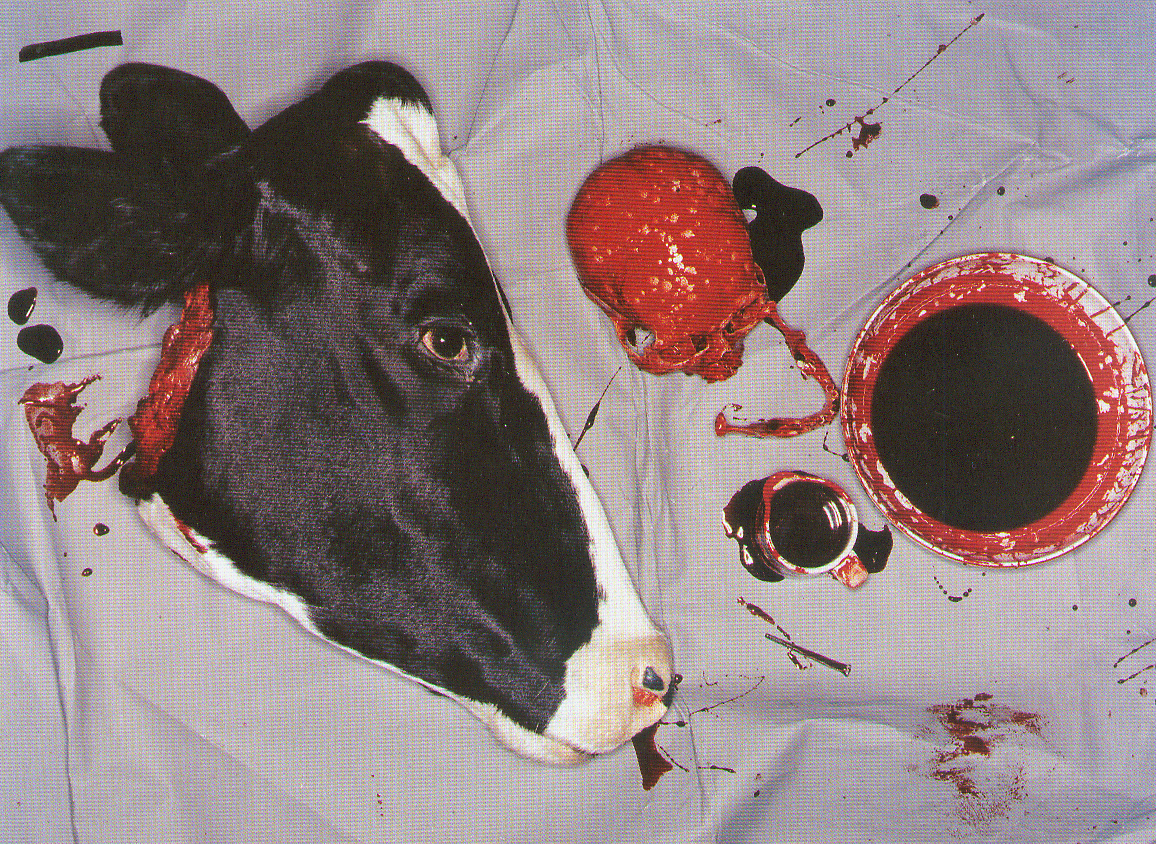