From 3 April through 20 June, 2004, De Hallen presented the exhibition Dick Matena: De Avonden, a strip cartoon. In 341 original drawings, (b. The Hague, 1943) showed his complete four-part cartoon edition of De Avonden (The evenings) by Gerard Reve. He not only follows the text verbatim, he also stages the book and provides it with a backdrop. The grey drawings fit precisely with Reve’s gloomy, grey and hopeless picture of life close after the Second World War. On the day of the opening the final drawings were still not present. During the exhibition Matena worked on completing the story.

The jury of the Flemish Prize for Cartoons (the Bronze Adhemar), which Matena won in 2003, was deeply impressed with the way in which he transformed Gerard Reve’s masterpiece De Avonden into a breath-taking strip cartoon. In his unrivalled manner in De Avonden Reve makes the tedium of the postwar years palpable. In his drawings Matena is knows precisely how to capitalise on this. Never before has a similar exploit been shown. With his De Avonden Matena has definitively established the cartoon strip as a medium between literature and the visual arts.

De Avonden, appearing in 1947, was the début novel of Gerard Reve (1923-2006). The book tells the story of Frits van Egters, who in the bleak December days soon after the Second World War is seeking to hide his uneasiness from his parents and friends. A grey haze of melancholy lies over everything, and with his idiosyncratic sense of humour he tries to break through the armour of boredom.

The book is one of the most important novels in Dutch literature. It has become a classic as the poignant description of the tedium that plagued The Netherlands in the postwar years. Frits van Egters reflected the young people who felt their lives dribbling away in meaninglessness, monotony and isolation. Humour and the hope that perhaps there was Something higher kept them struggling along.

Through his contribution to the American magazine Heavy Metal he received a contract with the international agency Selectiones Illustrades. There he did the cartoon stories Amen, Gauguin and Van Gogh, Mozart and Casanova, The last days of Edgar Allan Poe, Sartre and Hemingway. He also adapted children’s books like Kruimeltje, Pietje Bell and Dik Trom as cartoon strips. In 1997 at the request of Marten Toonder he breathed new life into the Tom Poes series. He drew for both the magazines Donald Duck and Pep and for Playboy, Penthouse and Rooie Oortjes. In addition he wrote scenarios for cartoon series like Storm, De Partners, De Macaroni’s and De Argonautjes.

Matena’s work has been translated into more than thirteen languages. Among the awards he was won is the Dutch Stripschapprijs (1986).

The cartoon version of De Avonden appeared in het Parool and was published in four volumes by De Bezige Bij. 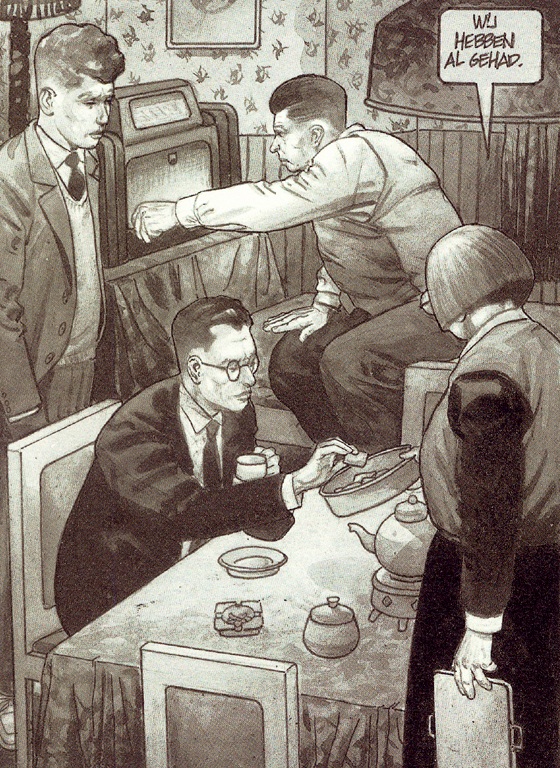 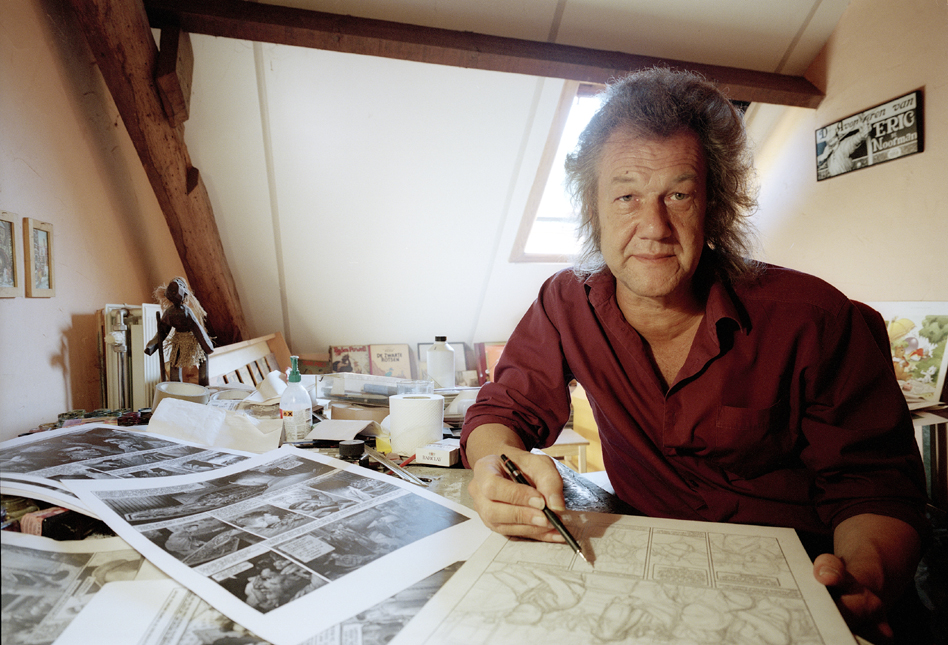