In 1956/57 the photographer and filmmaker Ed van der Elsken travelled through the interior of Central Africa. Drawing on the thousands of photographs that he shot in Africa, Van der Elsken made a selection which was published in the book Bagara (1958). Bagara means buffalo, an animal which, for Van der Elsken, ‘unites all the wildness, cunning and life instinct of Africa in itself’. The book gives a fascinating impression of everyday life in the region, where there were then still few white travellers. In addition, Bagara offers a revealing picture of a safari, a big game hunt. Van der Elsken shows not only the horrific suffering of the animals, but more than that, the relentless way in which whites, as he puts it, ‘eliminate everything that is primitive, that remains behind.’

Over forty original photographs from Bagara were selected from the photographer’s estate. This was the first time that an exhibition had been devoted to this impressive photo report.

In over four decades, the photographer and filmmaker Ed van der Elsken (Amsterdam 1925 -1990 Edam) recorded his encounters with people in photographs, photo books and films. His personal, poetic approach to people and his almost theatrical visual language was new to Dutch documentary photography. After reportage for magazines both here and abroad, his first photo book Een liefdesgeschiedenis in Saint Germain des Prés (Love on the Left Bank) in 1956 made him world famous instantly.

Bagara (1958) is a photographic report on Van der Elsken’s three month stay in the interior of Central Africa. In December, 1956, Ed van der Elsken left for the heart of Africa. He had gotten a contract for a photo book and a ticket from Geert Lubberhuizen, the director of the De Bezige Bij publishers. Until March, 1957, he photographed in and around the Ubangi Shari region (now the Central African Republic), on the border of French Equatorial Africa and the then Belgian Congo. His brother-in-law Milou, an ethnologist, was a district commissioner there. Van der Elsken lived between the black population and the few white immigrants. Very soon after his arrival he found his ideas about central Africa to be in conflict with reality. ‘In Africa I got to know very different people. It was a world of hooligans, free-and-easy, yeah, a bit colonialistic, with ideas that were a very long ways from what you once read. It fascinated and shocked me – and I photographed it. I returned to Europe with thousands of photos and impressions, numb and exhausted.’ The first part of Bagara gives a picture of the landscape, but is chiefly about the people, children, hunters, markets, women and marriage, magic, circumcision and funeral dances.

The second part of Bagara is devoted to the safari, the hunt for buffalo, wild swine, antelope and elephants, the continual bloody war on the plains and in the jungle between man and animal. The photographer’s ambivalence, the challenge and the excitement of being there, the brutality of the hunters and the fear of the animals are all palpable in this gripping photo report.

Safari begins with a peaceful photo of sleeping hunters around burning campfires. After that the action of the hunt is recorded almost cinematically in photographs that zoom in on the hunters and animals. Safari ends with a dramatic climax: the photo of a bloody, dead foetus of a baby elephant being pulled out of the womb of its mother, killed in the hunt.

Bagara was published in 1958 by De Bezige Bij, appearing in English, German and South African editions as well. The journalist Jan Vrijman (1925-1997) edited the conversations he had with Van der Elsken over his African adventures into narratives and notes that were added to the book as a separate appendix. 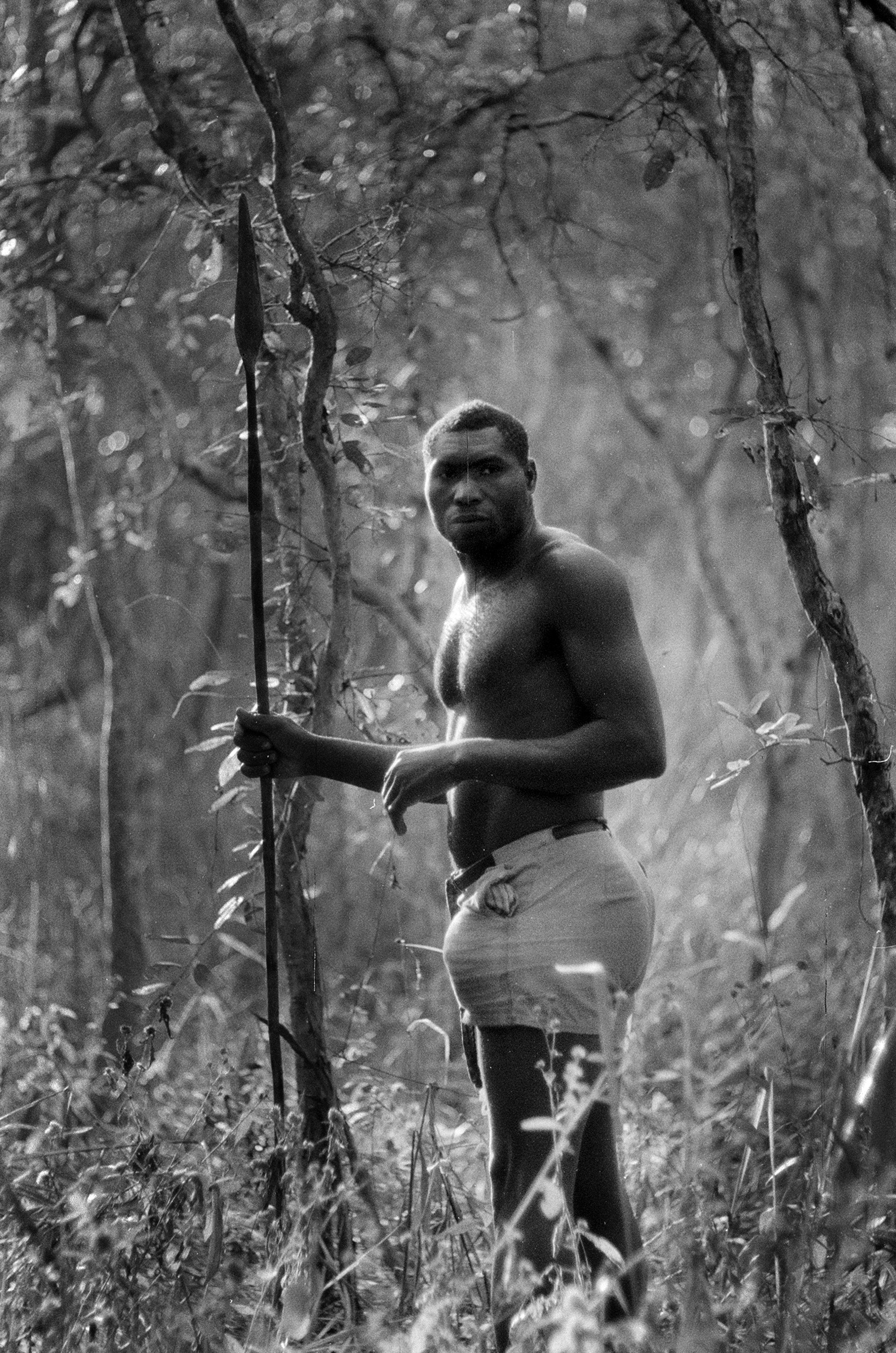 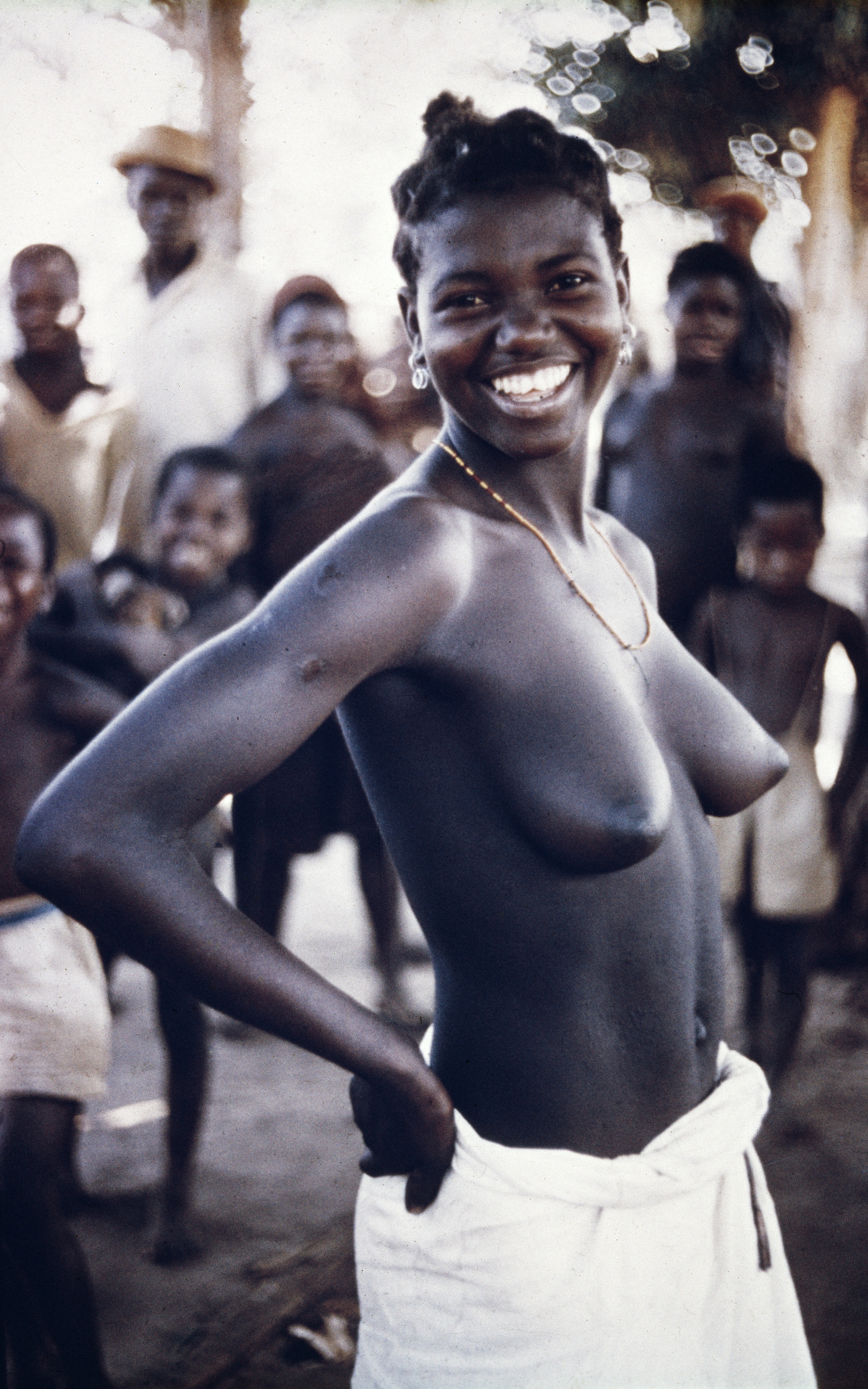