Next to Cornelis van Haarlem

The Frans Hals Museum is presenting a work by the British artist Francis Bacon flanked by two monumental paintings by Cornelis van Haarlem. What links these artists is their admiration for Michelangelo. This Italian painter, sculptor, architect and poet was a great source of inspiration for them both. The exhibition Conversation Piece II is on view from 3 July to 10 October 2010.

With the series ‘Conversation Piece’, the Frans Hals Museum wants to encourage visitors to take a fresh look at the 16th and 17th-century collection of paintings. By juxtaposing these works with modern and contemporary art, surprising links are laid between highly varied styles and periods in the history of art. The museum demonstrates that even though certain perceptions and opinions have a long history they are nevertheless still valid today and continue to be revisited and explored.

Francis Bacon (1909 – 1992) was extremely indebted to tradition; as he formulated it himself: ‘in the long run art cannot cut loose from its tradition, but only renew it in a way which will be compelling to a contemporary sensibility.’ In this connection, he also repeatedly acknowledged having a strong affinity with Michelangelo. Bacon particularly admired the Italian master’s nudes: ‘the fleshy figure, coiled around his own axis as if he were about to hurl a discus.’ This description could equally apply to the two works by Cornelis van Haarlem.

In the painting From Muybridge ‘The Human Figure in Motion: Woman Emptying a Bowl of Water / Paralytic Child Walking on All Fours (1965; on loan from the Stedelijk Museum, Amsterdam) the contorted, misshapen figures infuse the composition with enormous tension and drama. The way in which the paint twists and turns gives the painting a sense of plasticity and movement. The human body has a fleshy fullness and assumes an expressive pose that lend it a distinct sculptural quality. This is also seen in the work of Cornelis van Haarlem.

The influence of Michelangelo (1475 – 1564) is also evident in the paintings The Massacre of the Innocents (1591) and The Wedding of Peleus and Thetis (1592/1593) by Cornelis van Haarlem (1562 – 1638). His nudes exhibit a comparable interest in exaggerated poses and a voluptuous rendering of ‘flesh’. They are bravura pieces, action-packed and dynamic with an unprecedented drama and vivacity, and with extreme foreshortening and torsion. The poses are immensely complex and the bodies are recreated in innumerable contorted attitudes. The paintings demonstrate Van Haarlem’s artistic virtuosity, and testify to his thorough command of the human figure.

‘Conversation Piece I’ took place in the Frans Hals Museum in 2008 and juxtaposed the German artist Thomas Eggerer (born 1963) to the 17th-century painters Pieter Saenredam (1597 – 1665) and Jacob van Ruisdael (1628 – 1682). The common thread then was the clear organisation and definition of space in combination with a precise positioning of the figures. Composition, colour and the effects of light are finely attuned to one another and crafted into a harmonious entity in the work of these three artists. 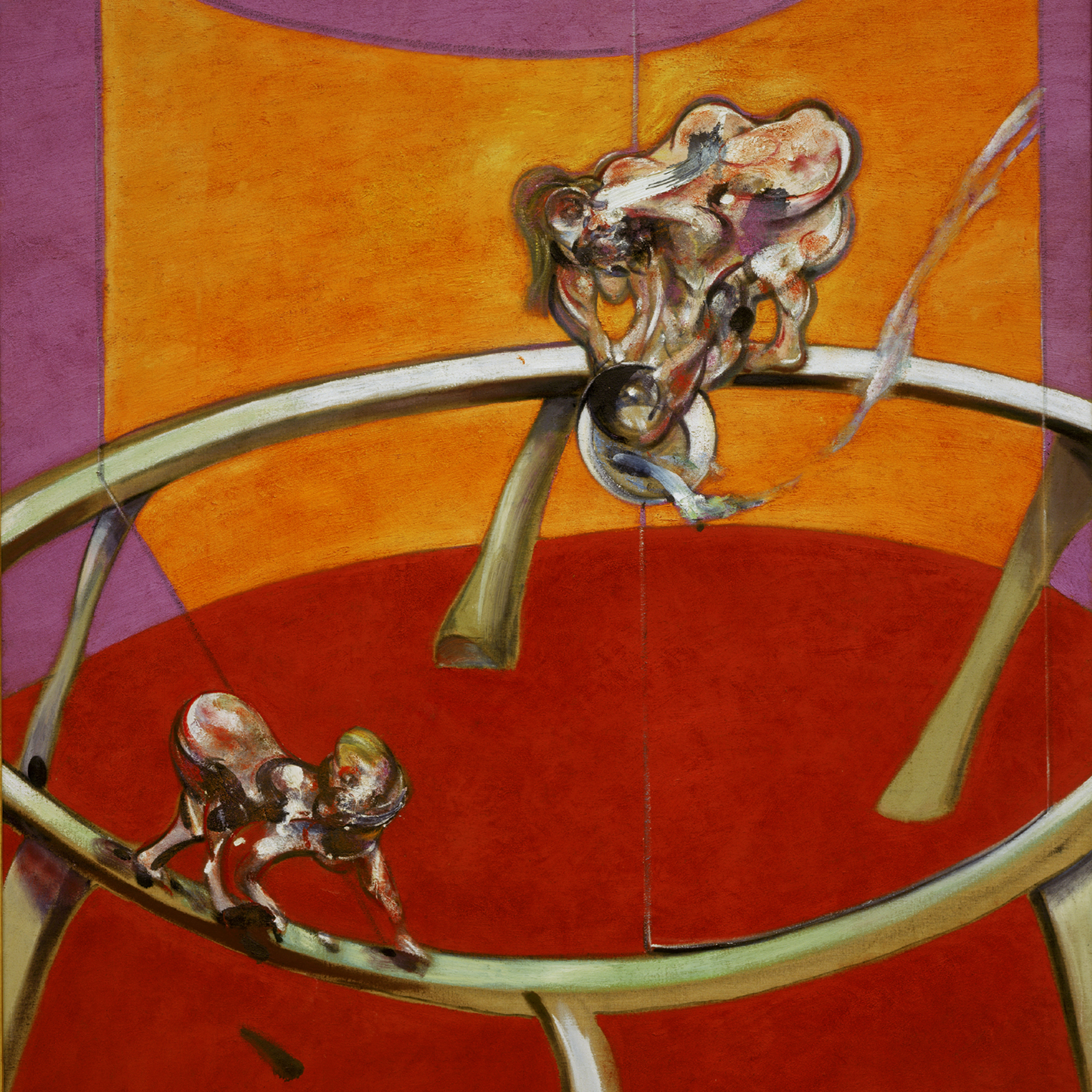