Eye to Eye with Rembrandt, Rubens and Titian

The Frans Hals Museum is staging a landmark exhibition on Frans Hals from 23 March to 28 July 2013. For the first time key works by Frans Hals will be shown in the company of paintings by such famous contemporaries as Titian, Rembrandt, Van Dyck, Jordaens and Rubens. The exhibition places Hals’s masterful brushwork and the directness of his approach to his subjects in a broader context, shedding new light on Hals’s ambitions and position in the seventeenth century. This was an age when developing an individual style and surpassing other artists were important aspirations for painters. The paintings come from some of the world’s greatest museums, among them the National Gallery in London, the Prado in Madrid and the Louvre in Paris, and from various private collections. FRANS HALS: Eye to Eye with Rembrandt, Rubens and Titian is being staged to celebrate the 100th anniversary of the Frans Hals Museum.

It was long thought that Frans Hals’s name was almost unknown outside Haarlem in the seventeenth century. It was believed that he did not achieve fame until the nineteenth century, when the French art critic Théophile Thoré-Bürger rediscovered him, and artists like Vincent van Gogh and Edouard Manet expressed their admiration. New research has revealed, however, that he was highly regarded by some of the most eminent painters and art lovers in Europe in the seventeenth century.

In his lifetime Hals was praised above all for his assured, loose manner of painting and the remarkably lifelike effects he achieved. A loose style – or ‘rough manner’ as it was called in the seventeenth century – required a great deal of experience. The painter and writer Karel van Mander asserted there were few who succeeded in painting ‘roughly’; the best example was the late work of the Italian painter Titian. Frans Hals – who had probably been apprenticed to Karel van Mander – dared to adopt a virtuoso, loose manner early in his career and used it with vigour in his genre works of the sixteen-twenties and thirties.

In Antwerp, where Hals lived for some months in 1616, Anthony van Dyke and Jacob Jordaens were using a very loose manner when painting oil sketches. Van Dyke was in the Northern Netherlands in 1632 and seems not only to have been in Haarlem, but actually to have made a painting inspired by a work by Hals. Van Dyck’s portrait of the French art dealer François Langlois is highly reminiscent of Hals’s painting of Pekelharing (a drunken character in drama). Van Dyke even persuaded his sitter to smile and show his teeth – an expression that was seen as unbecoming for cultured people at that time and something that Van Dyke never did again.

The exhibition will be the first to explore Hals’s innovations in relation to work by his famous predecessors and contemporaries and see what they had in common and what made him unique. The exhibition is grouped in themes, which examine work by famous predecessors such as Titian, seventeenth-century ideas about style and the challenge of surpassing other artists. Visitors will get the chance to compare work by great masters like Van Dyck, Rubens and Hals. There will also be a particularly lively selection of genre works, contrasting Hals’s masterly brushwork and the expressions of his laughing figures with similar half-length figures by Van Baburen, Jordaens and Van Dyck.  Hals’s late portraits of regents engage in a dialogue with late portraits by Rembrandt, the only other seventeenth-century master who dared to paint with such bravura. 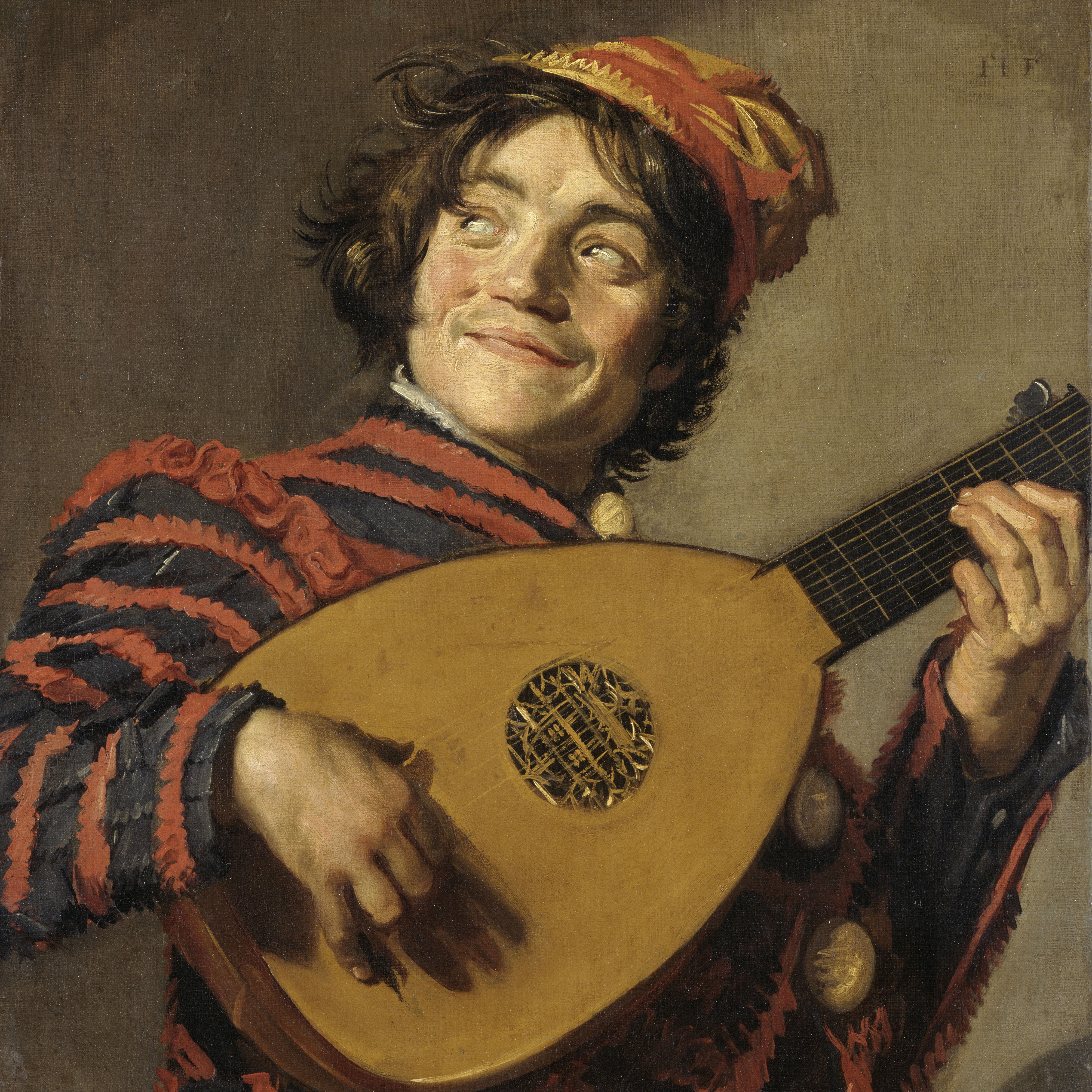