As of 19 September 2020, all of Frans Hals’ militia pieces will be exhibited together at the Frans Hals Museum’s Hof location.

Thanks to a special loan from the Amsterdam Rijksmuseum, the portrait of the Meagre Company, the civic guard of district No XI in Amsterdam, led by Captain Reynier Reael, will temporarily be on display at the Frans Hals Museum.

Here’s a unique opportunity to see and compare all of Hals’ militia pieces together at one location.

The term militia piece refers to a group portrait of a company of armed civilians who, in the 17th century, acted as a civic guard that maintained order in a city district and, if necessary, defended the city against attackers. Between 1616 and 1639 Frans Hals painted no fewer than six militia pieces. Thanks to Hals’ loose brush technique and their exceptionally lively composition, these works are truly a feast for the eye. Therefore we can safely call Frans Hals Master of the Militia Piece.

In 1633 Hals received an unusual assignment: he was asked by the militia officers of the new Amsterdam city district no. XI to make a group portrait of their company. In those years it was quite uncommon to entrust such a commitment to a painter from outside one’s own city. Three years later, the work was still not finished, whereupon the company decided to have it completed by a painter from within their own ranks: Pieter Codde. Although he had never worked on a militia piece before and because his own painting style was quite refined and in a small format, Codde tried to imitate Hals’ loose style as closely as possible. He did this so well that to this very day it is virtually impossible to tell which parts of the painting can be attributed to him.

Having all of Hals’ militia pieces in the special exhibition Frans Hals – All his militia pieces is a perfect opportunity to examine them with all available knowledge and research techniques. How do the different works reflect Hals’ development as a painter? Who are the persons depicted, and what kind of people were they? Why was Frans Hals, being a resident of Haarlem, chosen by the Amsterdam Meagre Company for this exceptional assignment? And what was the real reason that Hals did not finish the job? We challenge you to look at these works from a different angle, by which you are bound to see more!

The exhibition Frans Hals – All his militia pieces is part of the exhibition entitled ‘Haarlem heroes. Other Masters’. 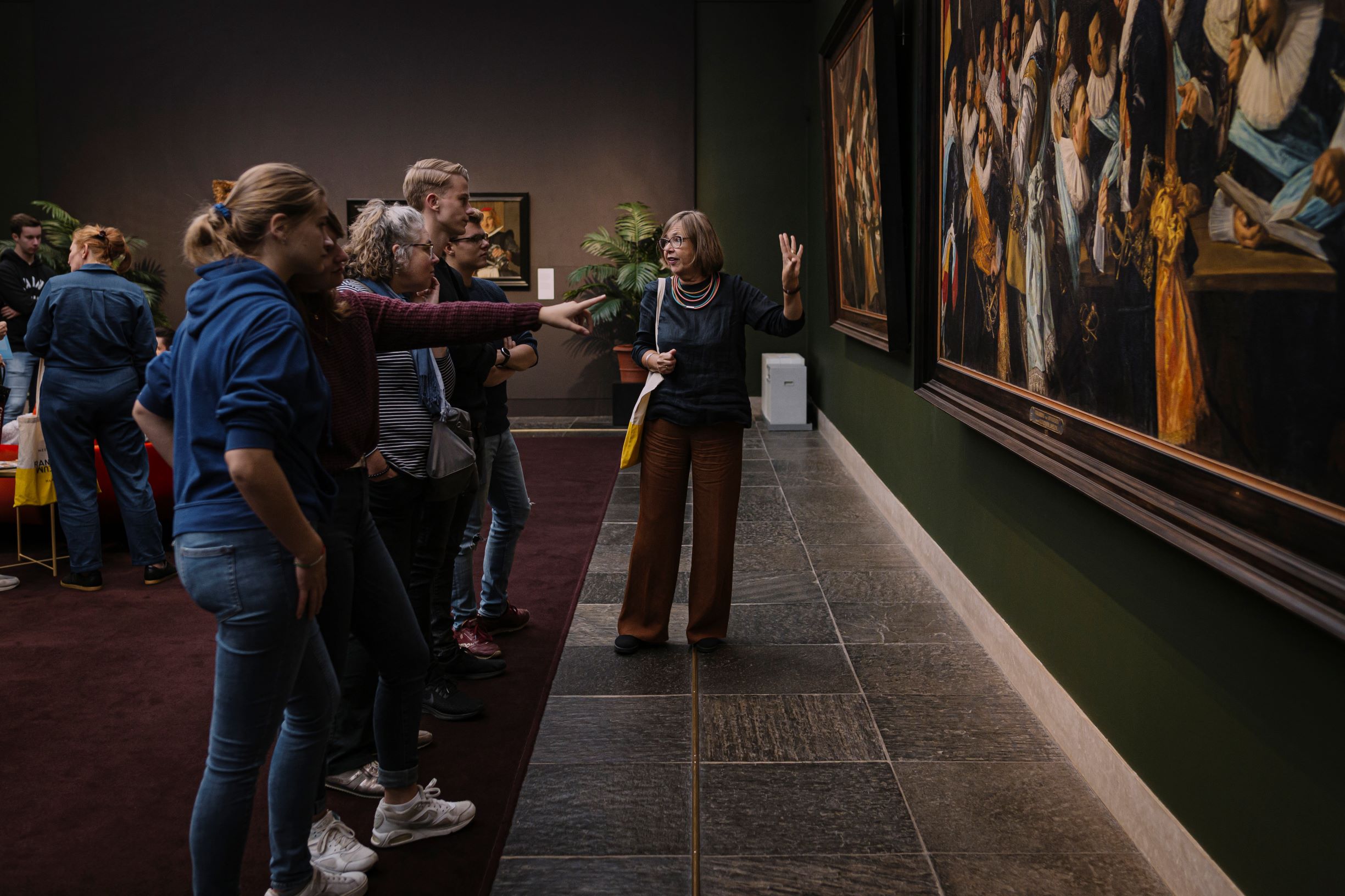