De Hallen Haarlem presents a selection of portraits of women by Gerard Fieret (1924-2009). Thanks to his uncompromising and experimental approach to reality, the work of this ‘photographer of real life’ is as a source of inspiration for many young artists. One such young artist is the American Slater Bradley, whose work is simultaneously shown in De Hallen. For Fieret, life and work were virtually indistinguishable: for years, the photographer roamed the streets of The Hague in search of the raw poetry of everyday life. Two subjects in particular always found their way in front of Fieret’s lens: women and pigeons. His portraits of women are occasionally compared to those of his contemporary, Czech photographer Miroslav Tichý (1926), whose work was presented in De Hallen some time back. But in contrast with Tichý’s more voyeuristic images, Fieret’s portraits are always characterised by an intimate relationship and playful interaction between the photographer and his model.

Between 1960 and 1980, Fieret took pictures with unprecedented eagerness, and thousands of prints survive from this period. Due to his unorthodox printing methods and sub-optimal conservation, many of these pictures are soiled or damaged – in many cases reinforcing the authenticity of his raw images. An authentic Fieret can furthermore typically be recognised by the artist’s signature and copyright stamp, which feature prominently on the front of the picture.

The Cabinet of De Hallen will be showing a selection of portraits of women by Fieret from the collection of the Gemeentemuseum Den Haag. This selection evidences the artist’s singularly direct approach to his subjects and his characteristically light-footed, casual eroticism. 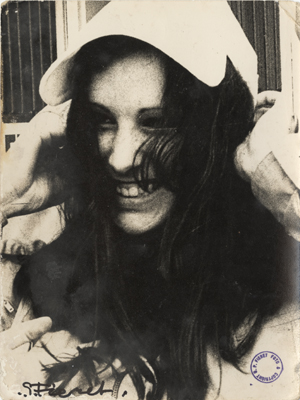 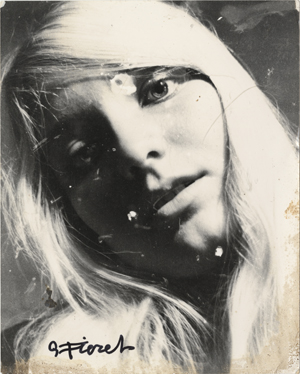