Starting 11 October, the Frans Hals Museum is presenting Haarlem: The Cradle of the Golden Age,’ a comprehensive exhibition that will be on display throughout the entire museum. The show aims to demonstrate that the art of painting was subject to revolutionary developments precisely in Haarlem. The end of the 16th century experienced rapid economic growth that led to great prosperity not only for the upper echelons of society but the middle classes as well. Consequently, an entirely different clientele for art and new patrons emerged in Haarlem much earlier than in other cities. The subject matter of painting was radically transformed within a period of approximately 20 years. Haarlem was, in fact, the cradle of the Golden Age of Dutch art.

The ongoing battles in the Southern Netherlands and the threat of the Inquisition forced many enterprising civilians to emigrate, particularly from Antwerp, to cities in the Northern Netherlands. Haarlem was their primary destination. In 1622, half of the population of Haarlem consisted of Flemings, including many artists. With their knowledge, capital and trading contacts, these immigrants brought the textile industry to great heights.

Initially only the wealthy entrepreneurs benefited from the explosive growth of Haarlem’s economy. But, as of 1600 a well-to-do middle class also began to share in the wealth. The Mennonites in particular were interested in technology, science and art. And, they were largely responsible for turning Haarlem into a dynamic and modern city. The new swiftly growing group of rich civilians and prosperous merchants emerged as the new buyers of art. They did not grant commissions for big biblical and mythological depictions; the new subject matter derived from the burgher’s direct environment – the city, the Grote or St. Bavokerk, the varied landscape around Haarlem, daily life, utensils and food. These self-confident burghers had themselves portrayed in single or group portraits attesting to their newly acquired status. The brilliant master Frans Hals was responsible for a revolutionary artistic breakthrough; he introduced a sense of natural movement into his portraits and captured the individual expression of his sitters in speaking likenesses.

Painters profiled themselves as specialists. In this way they could make a name for themselves and build up a circle of clients. This clientele was not limited to Haarlem: in no time, the reputation of local painters was so great that connoisseurs, art dealers and agents in the employ of foreign princely collectors were flocking to Haarlem to buy art.

Esaias van de Velde, Jan van Goyen, Salomon van Ruysdael and Pieter de Molijn explored the surroundings of Haarlem, shaping their impressions into realistic landscape paintings back in their workshops. Esaias van de Velde, Willem Buytewech and Dirck Hals – Frans Hals’ younger brother – laid the foundation for genre painting with their ‘garden parties’ and ‘merry companies’. Adriaen Brouwer introduced the peasant piece, followed by Adriaen and Isack van Ostade. Pieter Claesz made so-called monochrome banquet still lifes of food and tableware in subdued tints. And, the architecture specialist Pieter Saenredam depicted existing structures, such as the Grote or St. Bavokerk, which he rendered in a harmonious interplay of lines on the basis of mathematical study.

The exhibition has a google earth-like layout. It zooms in, as it were, on Haarlem in the Golden Age: the visitor approaches Haarlem from the sea, past the dunes, bleaching fields and surrounding villages. As the city looms up, one becomes acquainted with its inhabitants. We can see their interiors and even what would have been found on their tables captured in still lifes. All of the genres are represented.

Haarlem: The Cradle of the Golden Age comprises many superb works by Frans Hals, Salomon van Ruysdael, Jacob van Ruisdael, Pieter Saenredam, Jan Steen and Pieter Claesz, among others, from leading museum and private collections, supplemented with key pieces from the permanent collection of the Frans Hals Museum. The museum is especially pleased that Frans Hals is represented by 20 paintings, including The Merry Drinker from the Rijksmuseum in Amsterdam and the renowned Young Man Holding a Skull from the National Gallery in London. This is the final exhibition to be organised by Pieter Biesboer, curator of Old Master Painting at the Frans Hals Museum, who is retiring after a 32-year affiliation with the museum. 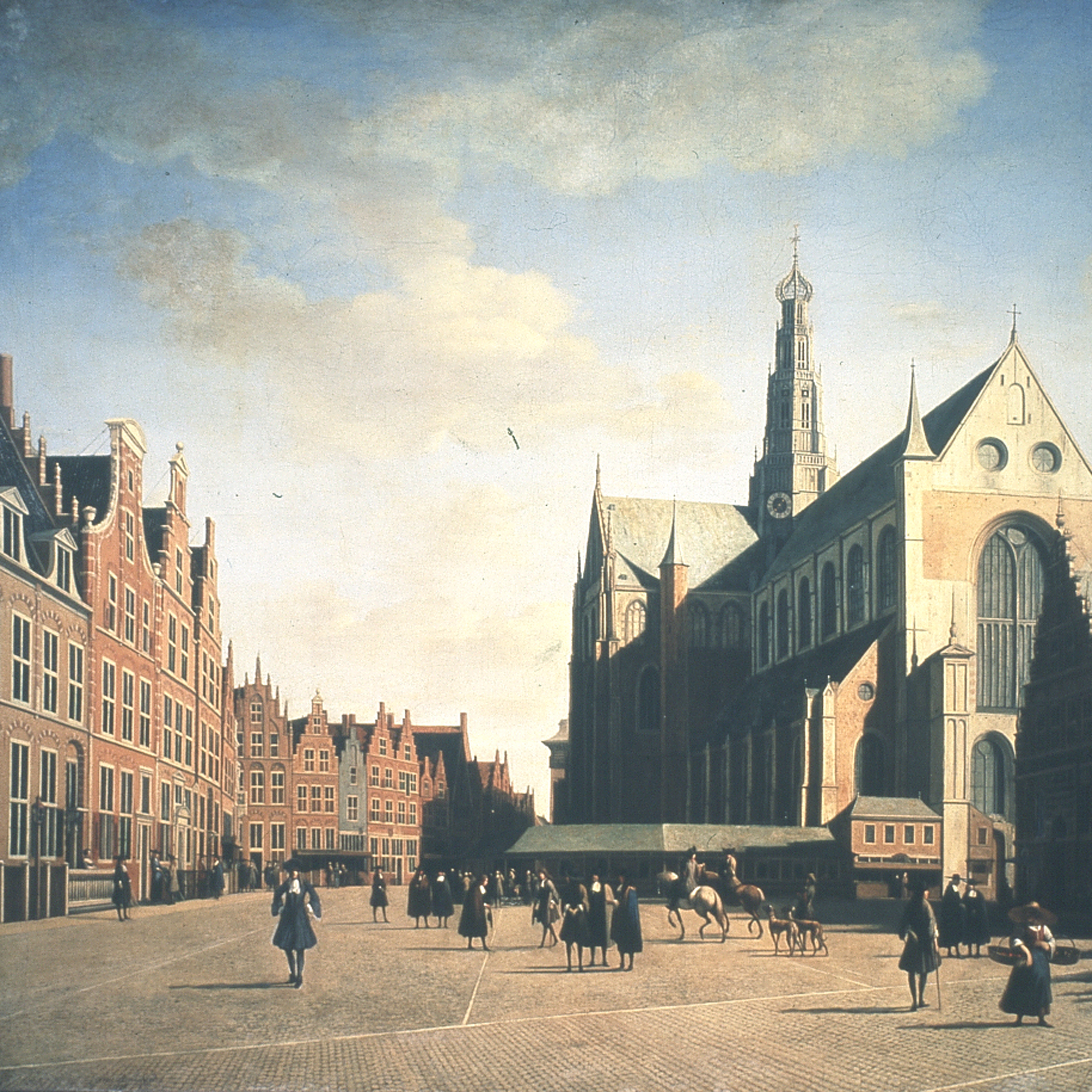