A Film Installation by Arnoud Holleman

The new film installation Hommage by Arnoud Holleman will run in the Frans Hals Museum from 25 February to 21 June. Since 2008 there has been a lively dialogue in the museum between old masters and present-day artists. The artist Arnoud Holleman (Haarlem, 1964) is taking this a step further. He made a film in the Schutterszaal (Civic Guard Room) in which ‘watching’ is key. Frans Hals’s world-famous civic guard works and a selection of sculptures by Mari Andriessen, Han Wezelaar, Charlotte van Pallandt and others create the background for a cast of eighteen actors.

Holleman believes that in these times of visual overload we should be economical and careful with images. He often refers to existing images from high and low visual culture, focusing on forgotten or clandestine images. By giving them new meanings he raises questions about copyright. Who actually owns the image?  What is the status of the artistic image and where is the dividing line between popular visual culture and art?

Hommage has a long history. In 1997 Holleman adapted the film Musée Hom (1994) by the French pornographic director J.D. Cadinot. Holleman removed all the explicit sex scenes in the film, which takes place in a fictitious museum. This adaptation was successfully shown in museums, but Cadinot opposed the reuse of his material. Hommage is Holleman’s response to the impasse and the result is a layered game of watching and being watched. 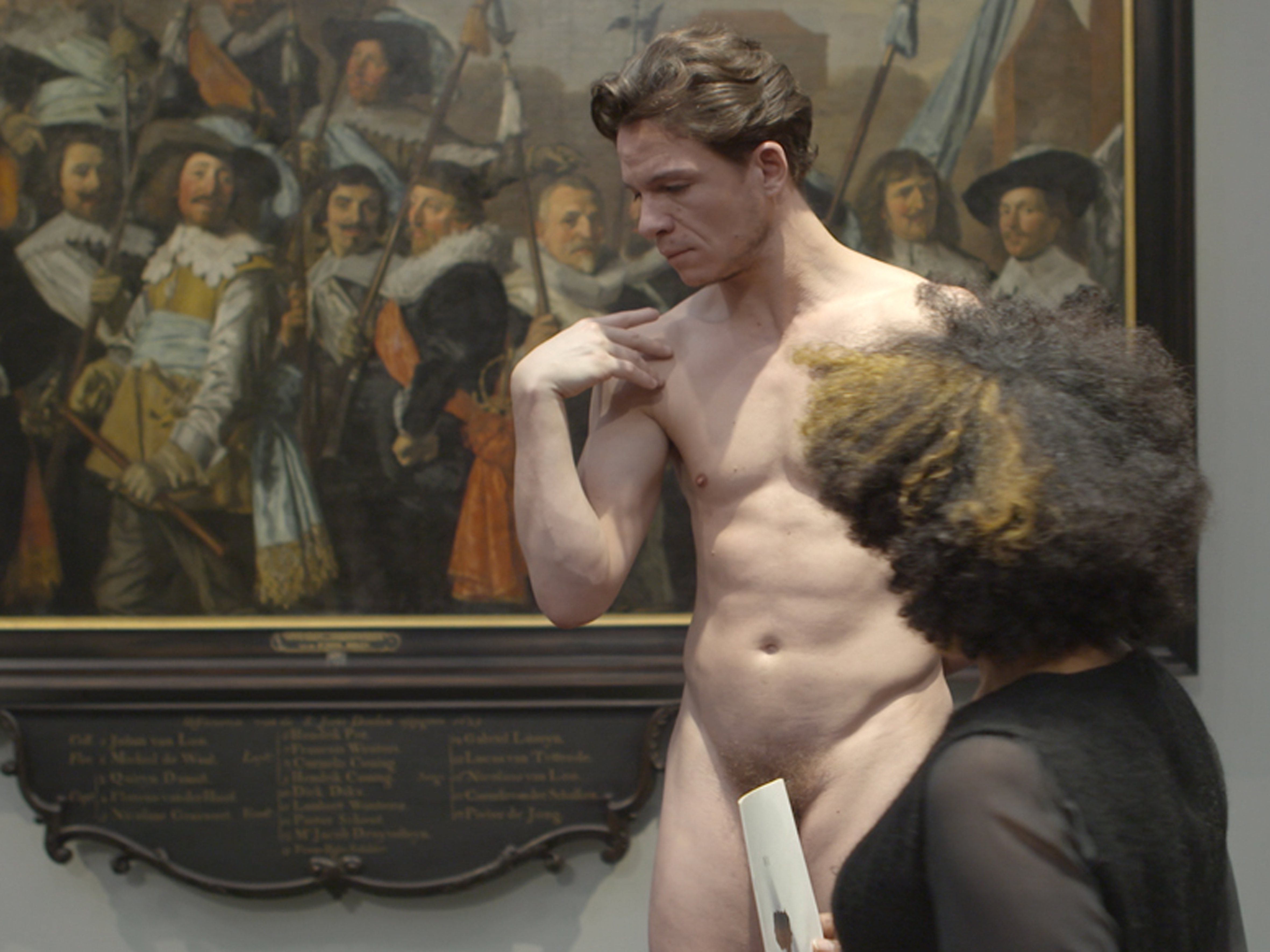 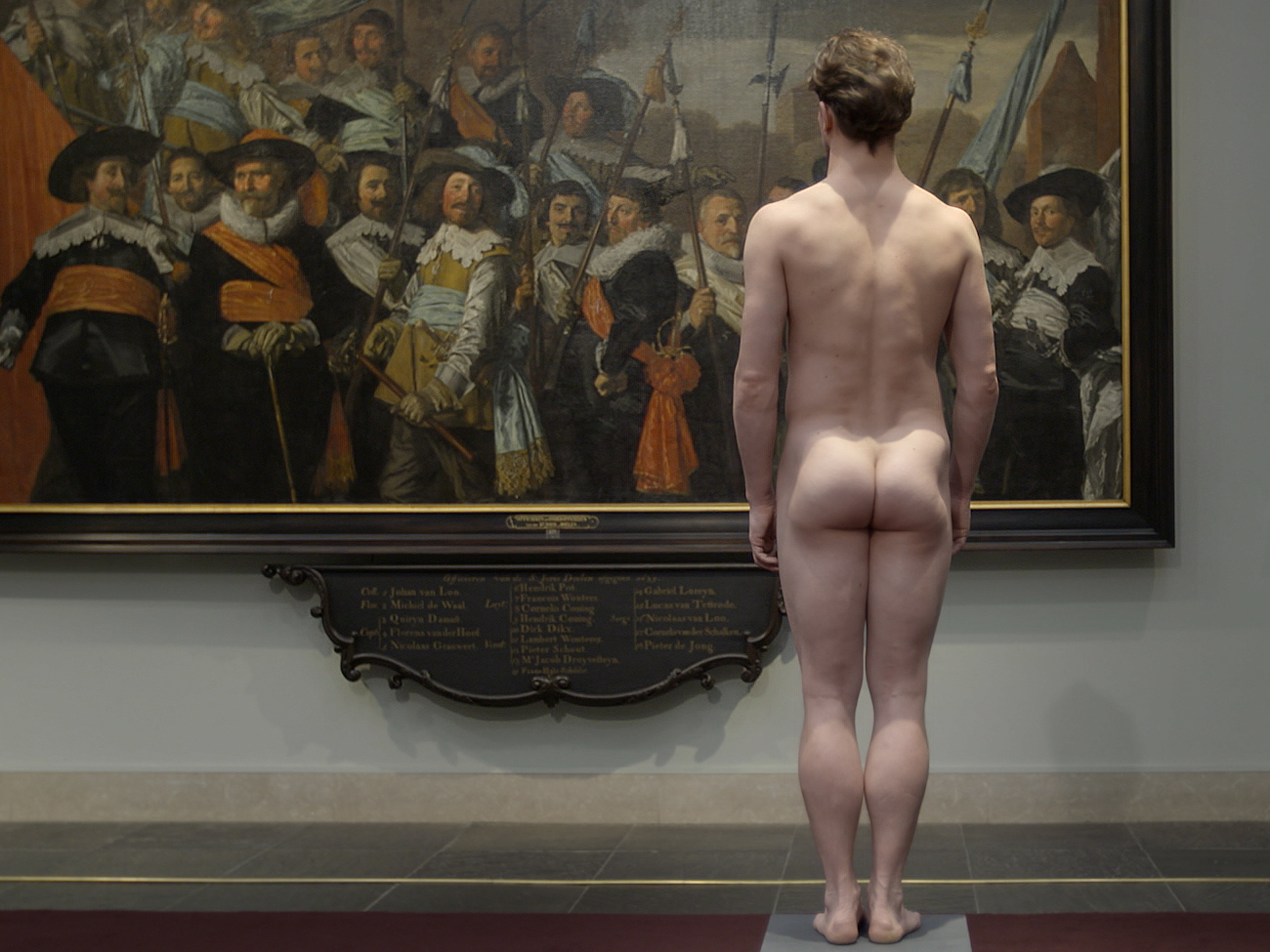