One of the recurring themes in the oeuvre of Isaac Israels (1865-1934) is sunny seaside recreation. The Dutch impressionist par excellence regularly set up his easel on the beaches and boulevards of resort towns like Scheveningen and Noordwijk or Viareggio and Venice. With virtuoso flair, Israels captured his impressions on canvas, board or paper: ladies with parasols, the Scheveningen pier, donkey-riding children, busy boulevards and people basking in their bathing costumes. Light, colour and people relaxing: on the beach, Israels could be said to be in his element. This year, De Hallen Haarlem offers an extensive overview of the artist’s lively seaside impressions, in an exhibition entitled Israels on the Beach.

More than anything, Isaac Israels (Amsterdam 1865-The Hague 1934) was a painter of humanity. He is renowned for his many portraits – of the author Lodewijk van Deyssel, the first Dutch woman doctor Aletta Jacobs, the Javanese prince Mangkunegara VII, the dancer Mata Hari and many others. But more often, his work depicts less recognizable faces: anonymous passers-by on city streets and squares, at the fairground and in cafés, in shops and at the zoo. And – very frequently – at the seaside.

The widely-travelled artist started out roaming the Dutch coastline, but later went further afield, painting and drawing numerous seaside tableaux in Italy (the fashionable resort town of Viareggio, the Lido in Venice) and various scenes on the French Riviera. Sometimes Israels worked from a distance, painting a mass of people relaxing on the beach; other times he would ask the local bathers to pose for him. In some cases the beach even served as the backdrop for a portrait.

Israel’s impressions of seaside life were partially influenced by the work of his father Jozef Israels, a successful member of the Hague School. Israels Sr. used to paint fishermen on the North Sea coast and at an early age, the young Isaac would accompany him on trips to Italy. Other sources of inspiration were the work of the German painter Max Liebermann and the French impressionists. Still, Israels’ art is distinctively his own, set apart by the stark immediacy of his imagery.

Israels had a brisk, schematic painting technique, which allowed the artist to create a strong suggestion of liveliness and movement and to preserve the impact of his first impression. His work is a generous chronicle of the vibrancy of modern life, as Israels observed it at home and abroad, and this bustling modernity is also reflected in his many beach scenes. Seaside recreation experienced its first wave of popularity as a fashionable pastime during the artists’ lifetime. The present exhibition in De Hallen offers a wide range of examples of this sunny and vivacious segment of the artist’s oeuvre. The many dozens of oil paintings, pastel drawings, watercolours and sketch books on display come from a range of public and private collections. 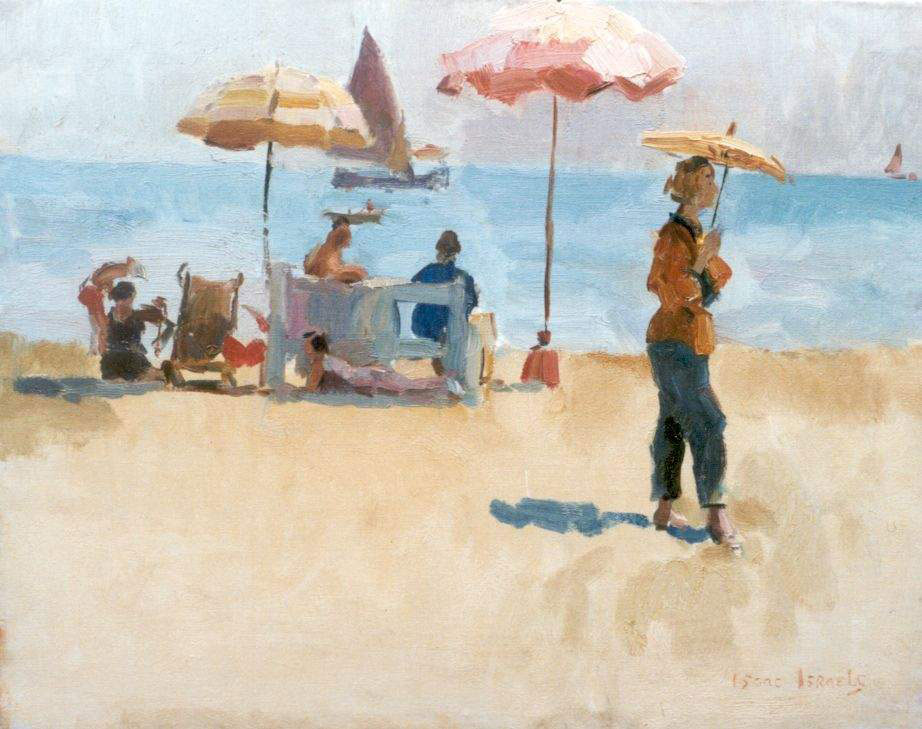 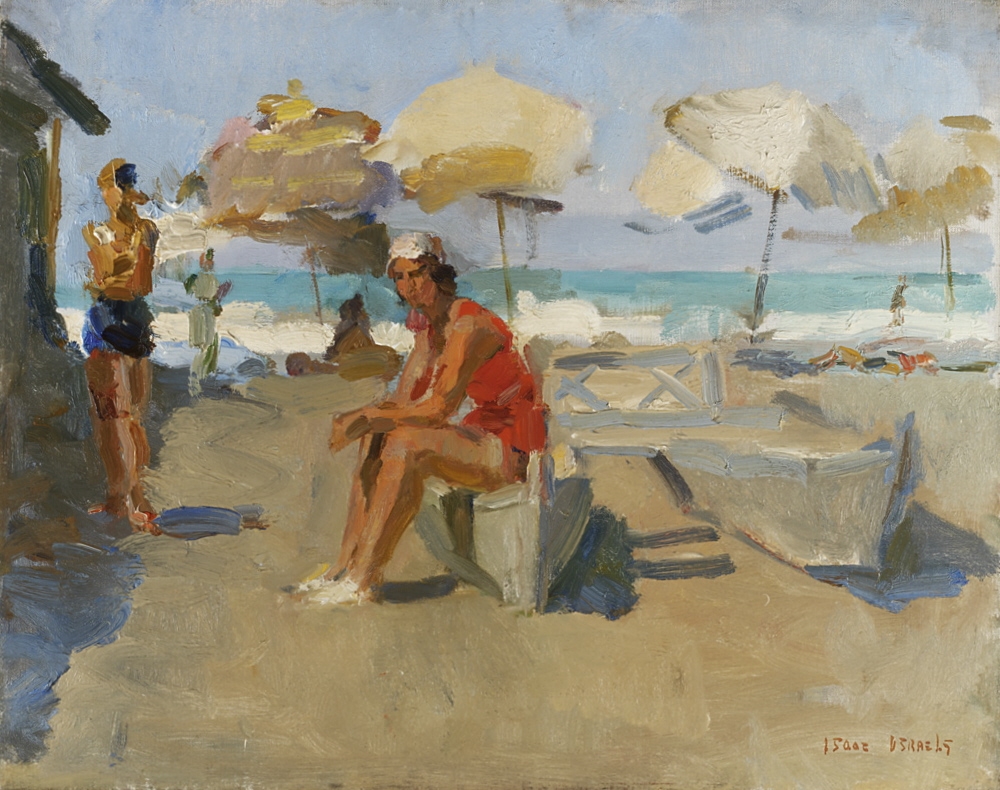