From 2 February to 22 June 2008, the Frans Hals Museum will be hosting a unique retrospective exhibition of four painters in a single family: Salomon, Jan, Joseph and Dirck de Bray. An exceptional talent for painting was in their genes. After centuries of separation, they will be reunited, this time in the Frans Hals Museum. Father Salomon and son Jan are considered the greatest history painters that Haarlem has brought forth. Their classicist, narrative and theatrical works enjoy a unique position in Golden Age painting. On their part, the younger sons Dirck and Joseph produced refined still lifes of flowers which were of exceptional quality. A multi-faceted family: Roman Catholic, broadly educated and key figures in Haarlem’s cultural life during the Golden Age. The paintings do not only come from our own collection, but also from museums and private collections in Europe and the United States.

Salomon de Bray (1597 – 1664) was a versatile man who, besides from painting, also worked as an architect, urban planner, poet, theoretician, and designer of silverware. However, first and foremost he was a history painter. In those days, the portrayal of biblical and classical histories was seen as the highest form of painting. The focus was on the appealing portrayal of human dealings and the moral choices behind these. Salomon received his most prestigious commission around 1648 when he was asked to paint two canvases for the Oranjezaal at the palace Huis ten Bosch. Amalia van Solms required this room decorated in memory of her late husband, Stadtholder Frederik Hendrik. Of course, these paintings cannot be physical removed Huis ten Bosch. Fortunately, 13 other of Salomon’s major works will be on display, including Badende vrouw die haar haren kamt (A bathing woman combing her hair) from the Louvre in Paris. This is a unique work as it is the earliest known painting of female nudity ‘in itself’ which does not portray the subject acting in the manner of, or symbolising Venus or Bathsheba.

As did his father, Jan de Bray (ca. 1627 – 1698) worked as a history painter for the rich intelligentsia. After Frans Hals’ death, he succeeded Hals as the preferred portraitist for Haarlem’s upper classes. In addition to history canvases, de Bray painted portraits of the governors of various Haarlem institutions, and three mantelpiece paintings for the City Hall. The Oordeel van Zaleucus (Trial of Zaleucus) will leave the Sheriff’s Courtroom at City Hall for the duration of the exhibition. Twenty-nine works by Jan de Bray will be shown, including Banket van Antonius en Cleopatra (Banquet of Antony and Cleopatra) from the Royal Collection of Her Majesty Queen Elizabeth II in London.

Dirck (ca. 1635 – 1694) specialised initially in prints. Later he turned his focus to painting still lifes of flowers, as did his brother Joseph (ca. 1632 – 1664). A total of eight works by Joseph and Dirck will be exhibited in the show.

In preparation for the exhibition, the Frans Hals Museum restored two works. The canvas ‘Laat de kinderkens tot mij komen: Pieter Braems en zijn gezin’ (‘Suffer the little children come to me: Pieter Braems and his family’) by Jan de Bray provided several amazing surprises for the restorers. Around the Christ figure are several fellow observers who were added later. A sketch for this painting from Jan’s atelier has in fact been preserved, in which the four figures are missing. Who these men are, and why they were added, remains a puzzle. The exhibition will explore the mysteries surrounding these additions to the painting. 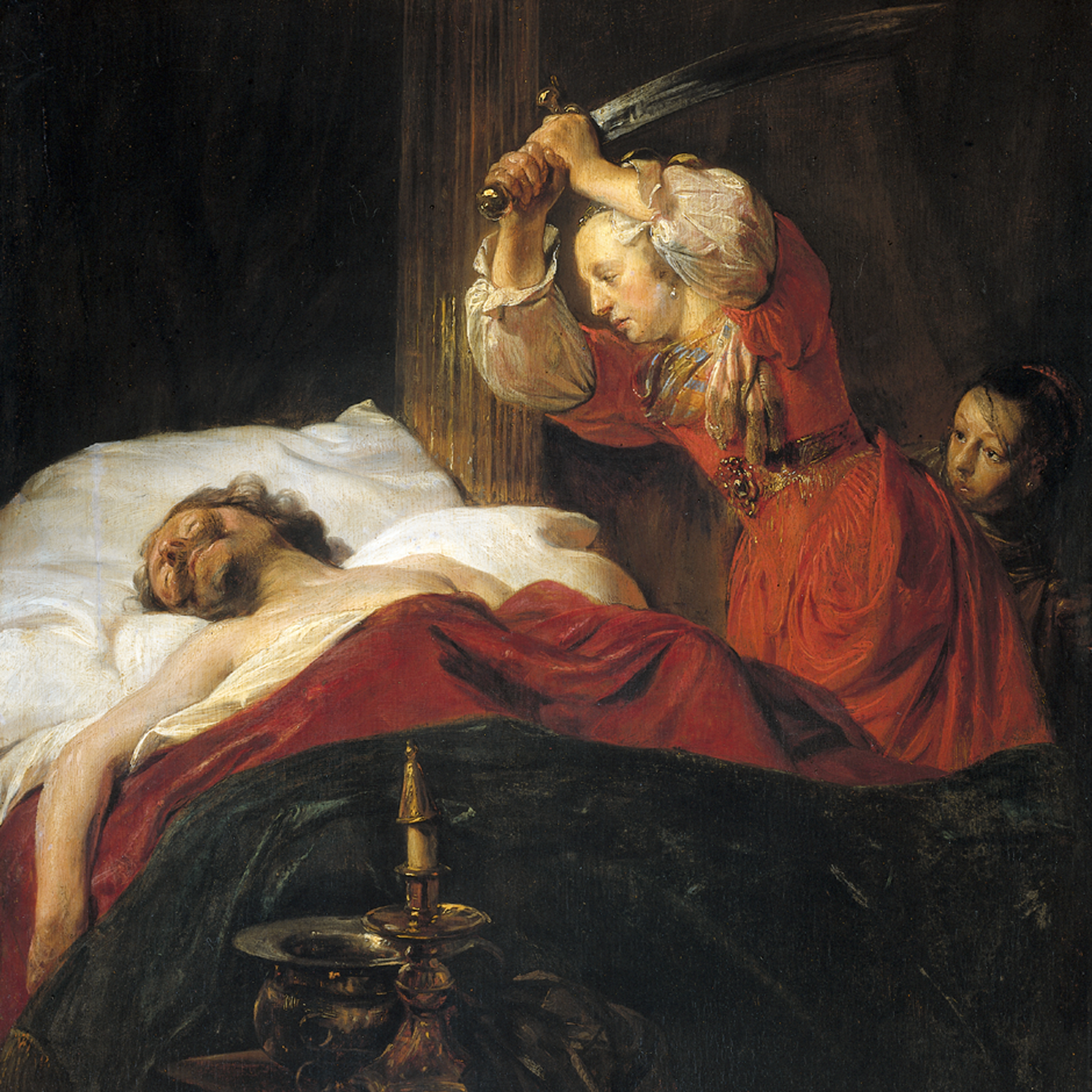 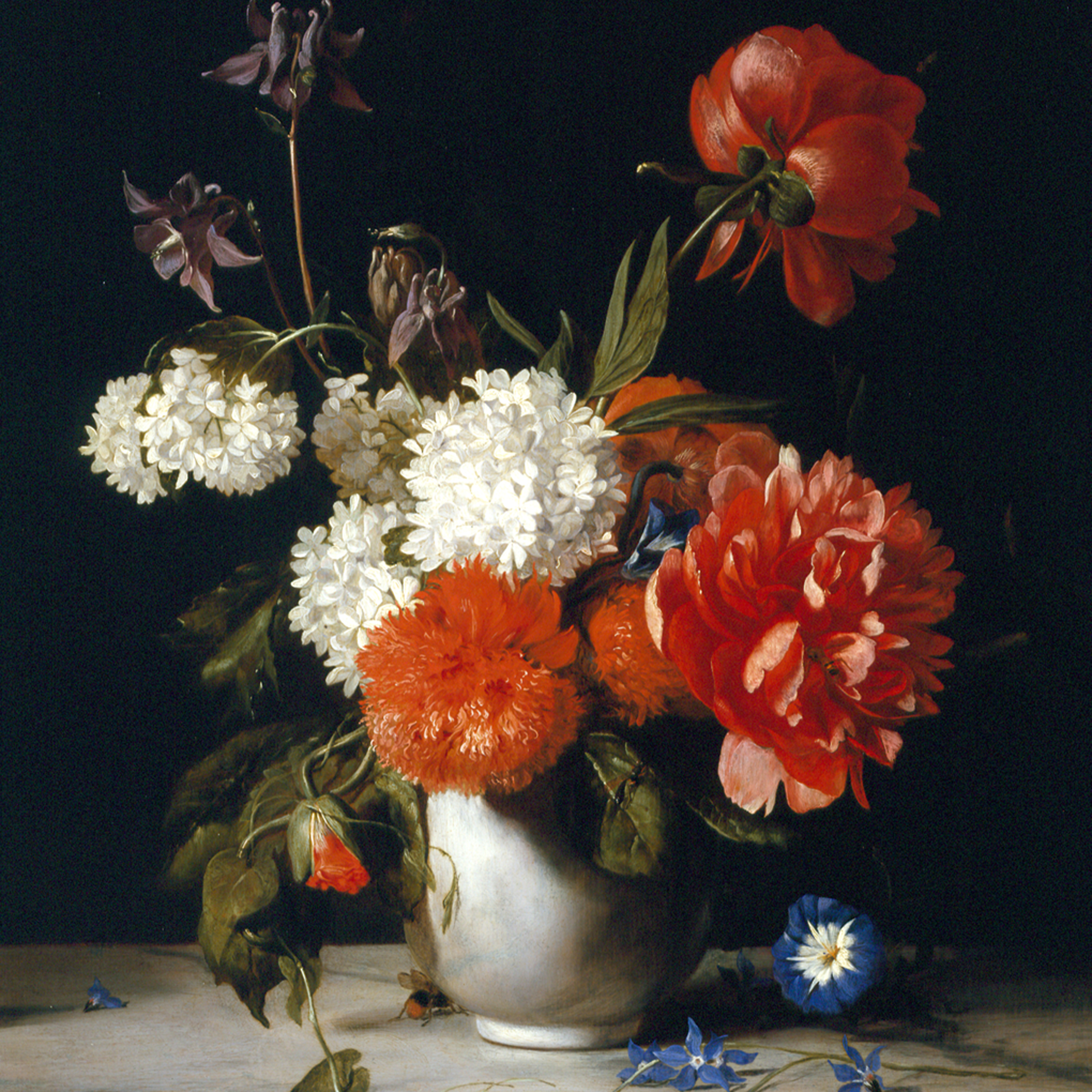