The Frans Hals Museum is the first museum in the Netherlands to devote an exhibition to the sixteenth-century painter Jan Nagel. Nagel’s oeuvre is very small: only six paintings, four drawings and three prints are known to have survived. The show in the Frans Hals Museum brings thirteen of Nagel’s works together for the first time, casting new light on the modest but extraordinary oeuvre of this relatively unknown artist. Jan Nagel – A Sixteenth-Century Master runs from 22 April to 17 July.

The idea for the exhibition was prompted by the recent restoration of Nagel’s The Flood. This painting, which has been given to the museum on long-term loan by a private collector, is of an elaborate landscape in which the figures are subordinated to their setting in the Mannerist tradition. The Frans Hals Museum itself owns a painting of Mary Magdalen, and the exhibition examines the recent restoration of the two works. It features four paintings, three prints and three drawings, from the Rijksmuseum collection.

We know very little more about Jan Nagel than that he worked in Haarlem at the end of the sixteenth century. In 1604 the painter and art theoretician Karel van Mander wrote in his Schilder-Boeck that Jan came from Haarlem or Alkmaar. What is certain is that Nagel was a member of the Haarlem chamber of rhetoric De Pelikaan, for which he painted the blazon Trou moet Blijcken in 1593. We also know that he was enrolled as a master painter in the Guild of St Luke in The Hague in 1600, and that he died there two years later.

‘not without appeal and grace’

A contemporary of Karel van Mander, Aarnout van Buchell, wrote of Nagel: ‘Jan Nagel of Haarlem is lauded chiefly for his rapidity of painting and ease of invention, not without appeal and grace. His aptitude tends most towards painting landscapes, which he depicts not so much faithfully as ingeniously.’ Nagel’s output must have been prodigious if he painted as quickly as Van Buchell asserts, so it is perplexing that so few of his works have survived. 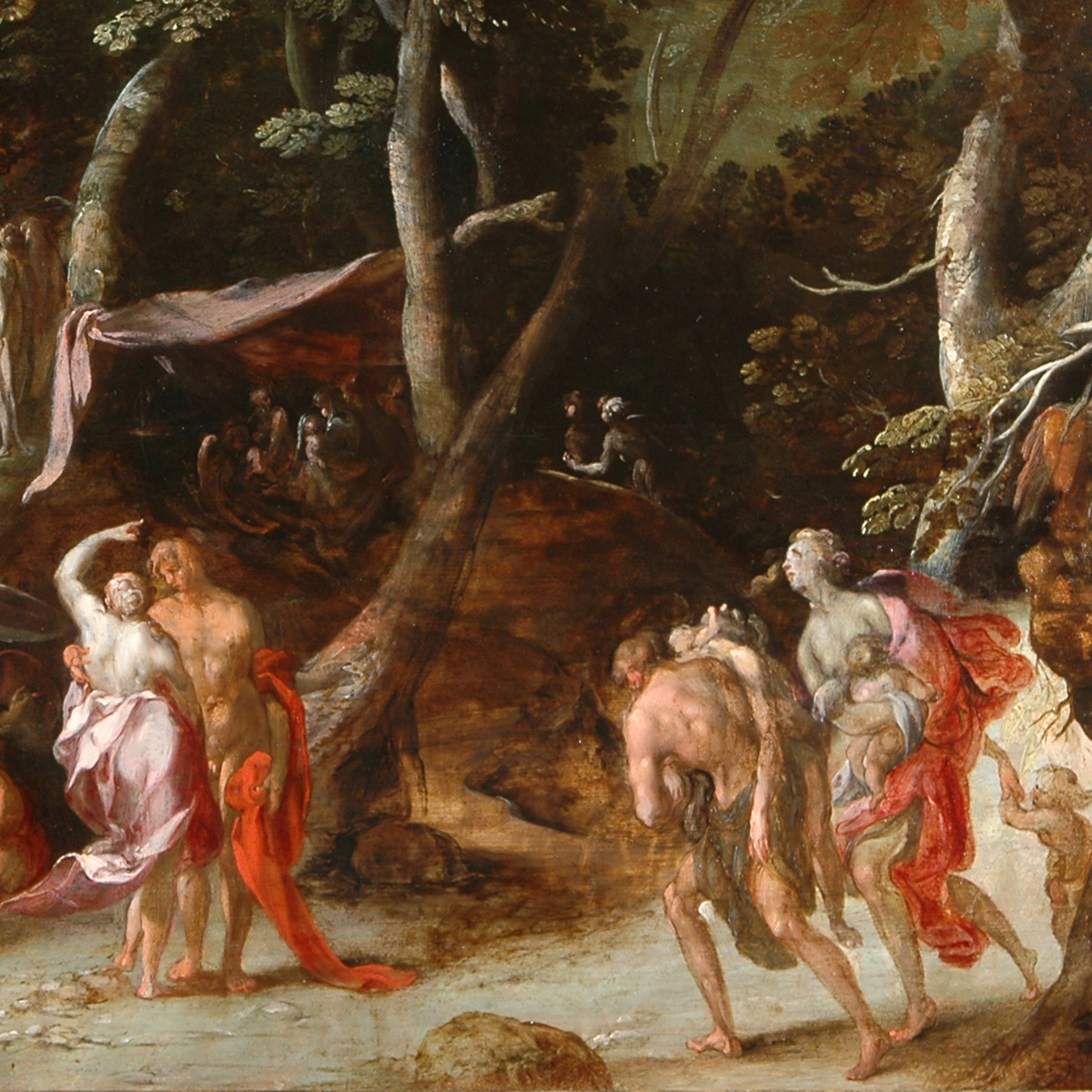