From 18 September through 5 December, 2004, the film Sehnsucht by Jeroen Eisinga was screened in the Cabinet of De Hallen Haarlem. It is a nine minute black and white film, without sound, from 2002, showing a dead zebra which apparently still breathes and moves.

The film can perhaps best be described as a visual investigation into death. Over a four month stay in Kenya Eisinga observed a dead zebra. He recorded the process of decomposition in photographs which he edited together to make a film. As a result of the editing the decomposition process appears accelerated, so that, as a result of the bloating and shrinkage of the cadaver, the dead animal appears to breathe. With this work Eisinga not only wanted to create the impression of a scientific project, but also evoke a certain frame of mind in the viewer. The film was made in the tradition of German Romanticism, to which the contemplation of natural phenomena was central. By observing natural phenomena with a detached gaze its practitioners hoped to arrive at an insight that bounded on religious experience.

Eisinga himself says of this, ‘The German Sehnsucht does not refer to a place or a person, and moreover can refer to something that has been, but also to something that never was. It is thus more abstract. My film deals with this absence, the void, something that is not there, the hiatus and the pain that is felt as a result. It deals with the pain of not knowing. If one can regard a Ding an sich, then I am trying to explore the absence of that thing. It thus revolves around the missing, not knowing, not experiencing, not living, and thus in a certain sense, death in the midst of life.’

The films by Jeroen Eisinga (b. Delft, 1966) are comic, absurd, sometimes tragic or pathetic, but always thought-provoking. Eisinga provokes in a way that that summons up confusion and a feeling of discomfort. The spectator is constantly sent on a wild goose chase. The expected climax, release, resolution or plot is not forthcoming, or takes a completely unexpected twist. It is however precisely this ambiguity, this tension between real and unreal, between reality and fiction that Eisinga’s work deals with at various levels. However, Eisinga never satisfies the spectator’s desire for action, sensation, a plot or a climax, for clear distinctions between good and evil, for heroes, whipped up by films and TV – cultivated desires that are also projected on reality itself. 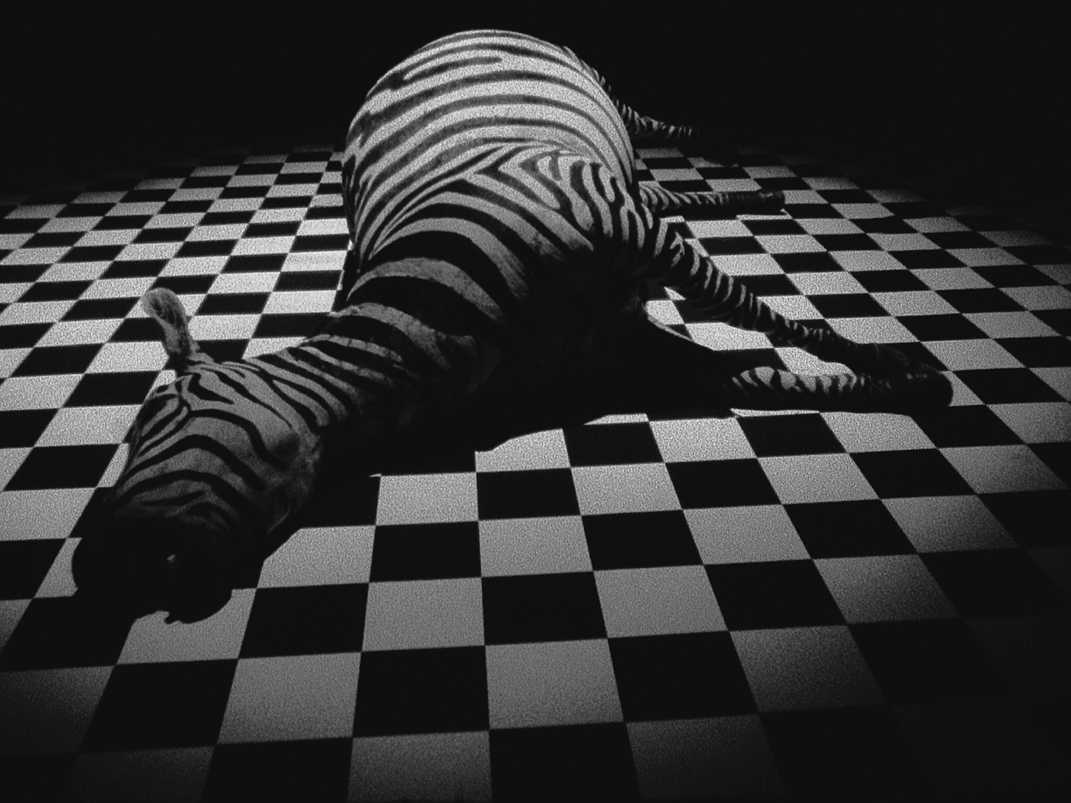