Celebrating in the Golden Age

From 8 October 2011 to 8 January 2012, the Frans Hals Museum is presenting paintings by John Currin (1962) in an encounter with the work of amongst others Cornelis van Haarlem (1562 – 1638). The American artist John Currin is well known for his realistic paintings in which commonplace scenes alternate with explicitly erotic images. Solo exhibitions of Currin’s work have been staged in the Museum of Contemporary Art in Chicago, the Serpentine Gallery in London and the Whitney Museum of American Art in New York. In the ‘Conversation Piece’ series, the Frans Hals Museum would like to present the collection of sixteenth- and seventeenth century paintings in a new light.

Currin is very interested in the realistic painting technique and the Mannerist ideal of beauty of the Northern Renaissance. In his work, which is executed with immense technical skill, he addresses both social and provocatively sexual themes, often distorting or exaggerating the shapes of his figures.

Objects with a Human Skin

Like Van Haarlem, Currin favours a cool approach to the figures, which are depicted not so much as human beings, but rather as objects that have been covered in human skin. Although four centuries separate them, they both show a remarkable preference for strange distortions and anatomical exaggerations to animate their staging. It is also striking that they both often include a static still life in an otherwise lively picture. The way a dish of carefully arranged fruit appears in a Bible scene by Cornelis van Haarlem or ornate white Wedgwood china turns up in one of John Currin’s erotic pieces can border on the absurd.

Currin usually works from photographs or with the aid of dolls, but he uses live models for specific details like translucent veins or light reflected in long blonde hair.

In the ‘Conversation Piece’ series, the Frans Hals Museum would like to present the collection of sixteenth- and seventeenth century paintings in a new light. The confrontations between contemporary and historic works show that certain painterly principles are universal and are constantly revisited by artists. This very continuity in painting can reveal unexpected, meaningful connections. 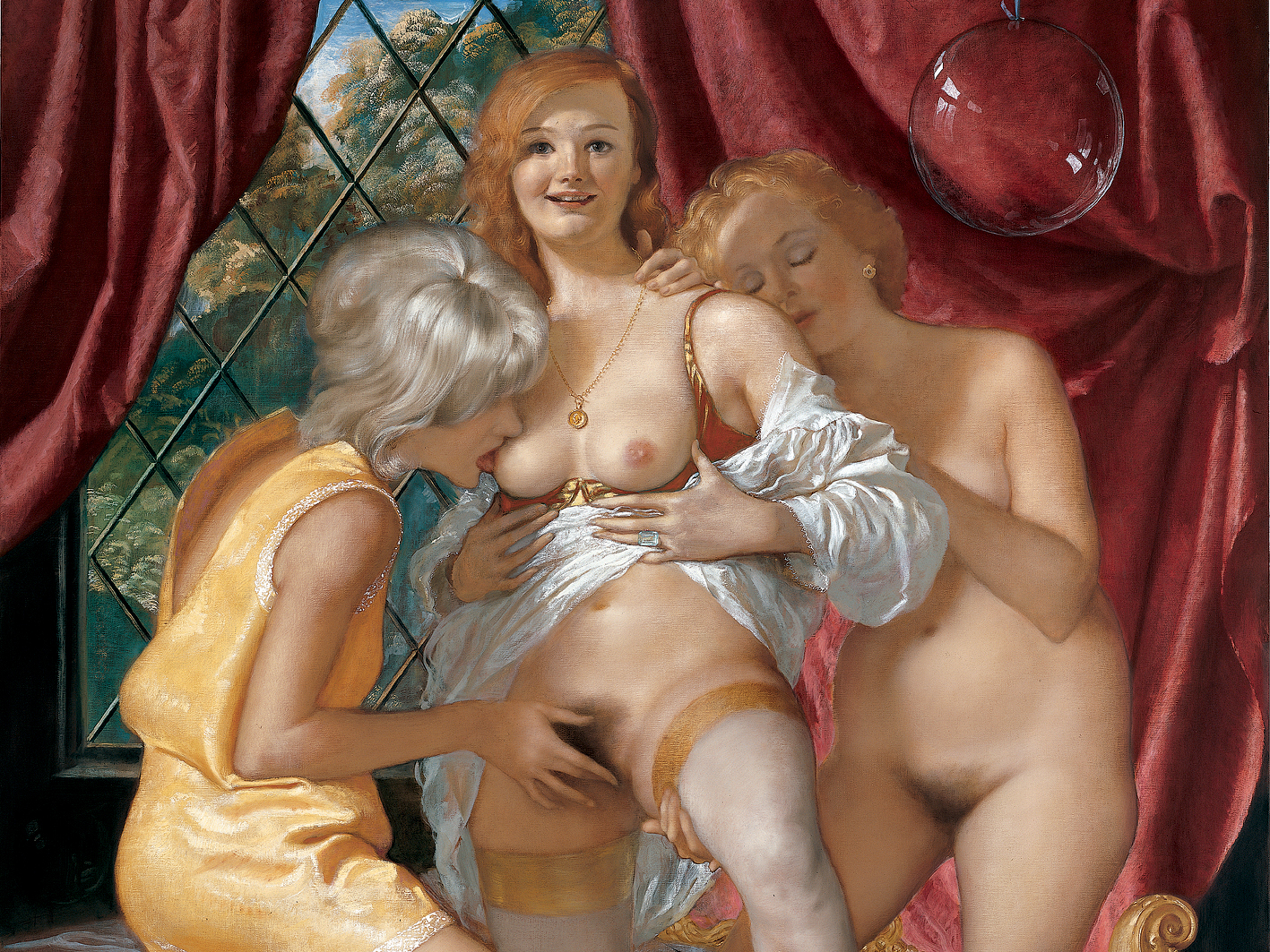 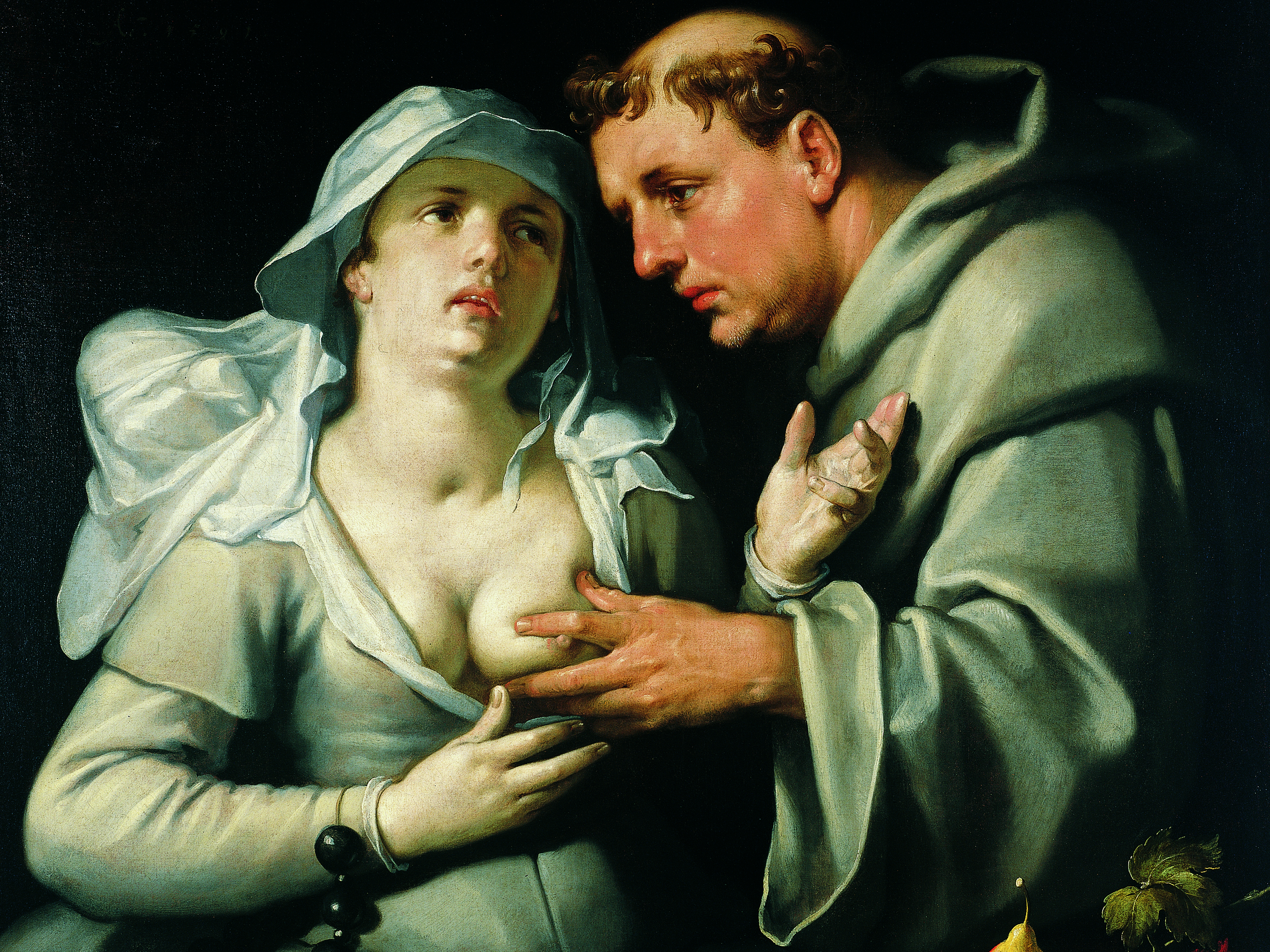