Jörg Immendorff (b. Bleckede, 1945) makes contemporary history paintings. They are allegorical visions of social reality, sketches of the problems that dominate our present situation. In his work he wants to interrogate and critically investigate existing norms and values.

Immendorff feels strongly about the social responsibility of the artist. After all, it is his conviction that in this turbid world only art can still guarantee the spiritual development that must lead to a more humane society.

In order to have as broad and effective a range as possible, he tries to render his concern about the failure of the world and art as concretely as possible. He has developed his own, direct visual language to make his appeal – realistic, comprehensible and understandable for everyone – without asserting a moral or ethical right in the process.

This approach, and particularly his thesis that art should serve a function, is heavily criticised. Some label his work populist and regressive. Others suggest it is traditional and conservative because it does not fit in the supposed modernist context of originality and innovation.

Immendorff however sees no need to play a role in the great art debates, let alone to conform to prevailing artistic opinions. He is an artist who will never give up the right to choose freely and will also never let himself be confined to current idioms, even if this should place him outside the established order of modern art.

His paintings, as was to be seen in De Hallen Haarlem, concentrate primarily on his personal history as an artist. Not without the requisite self-mockery, he gives a sombre and critical picture of the impasse in which he believes art presently finds itself. Every painting is a ‘confession’ as it were, in which his deep-rooted doubts regarding the individual’s calling as an artist are expressed in allegorical phraseology.

Together with he other artist in the exhibition, Jonathan Meese, whose grotesque installations expressly refer to Immendorff’s surrealistic paintings, Jörg Immendorff also made a joint work in which their mythic world-views embrace one another. 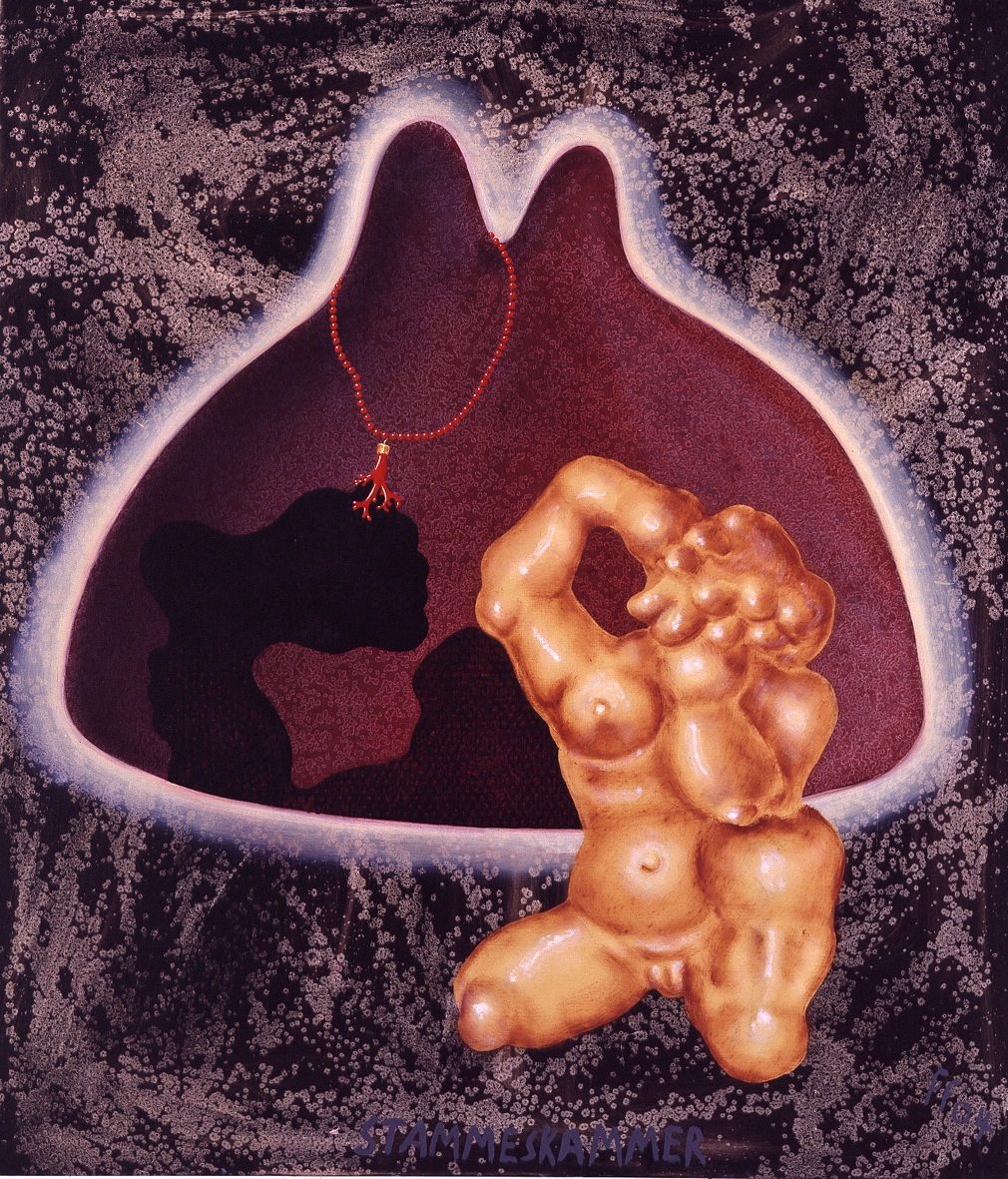 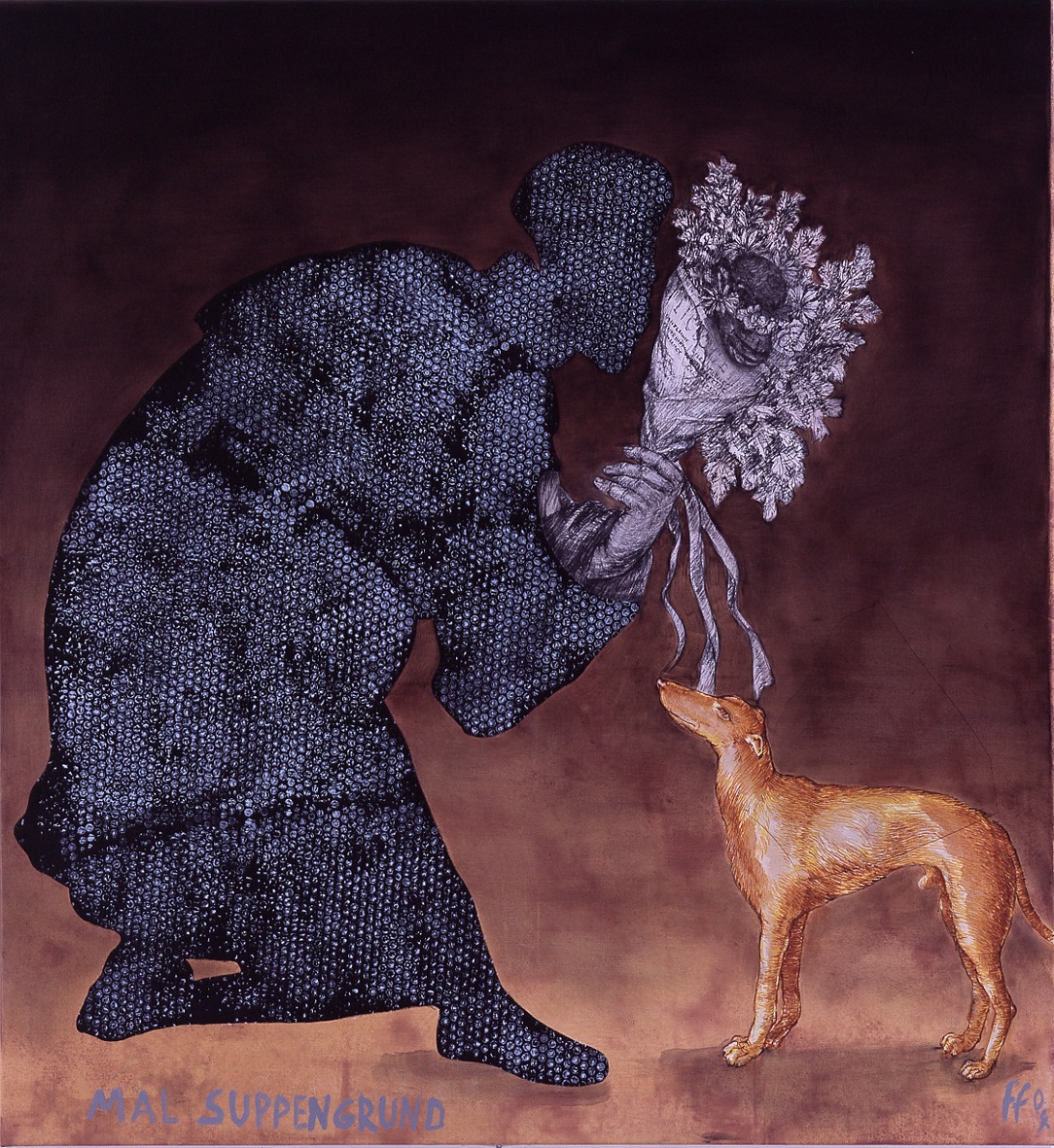