Within its programme De Hallen Haarlem tries to add a more historical context to its exhibitions of contemporary artists. In light of this pursuit we have programmed an exhibition by Joseph Beuys (Krefeld, 1921 – Düsseldorf, 1986) alongside Roger Hiorns’ solo presentation. In the period after Beuys’ death the work of this shamanistic artist seemed to slowly fade from the artistic debate, but in the past few years the influence of his artistic ideas can be detected in a younger generation of artists. For example in the works of Navid Nuur, shown previously in De Hallen Haarlem, who uses typical Beuys themes like energy and transformation in his playfully conceptual sculptures and installations. For Roger Hiorns as well these elements exert a great influence on his sculpture, which is characterized by a process-based approach, an interest in spirituality and rituals and a fascination for the invisible.

Within the framework of Hiorns’ exhibition in the Vleeshal two important works by Beuys have been brought together in the Verweyhal: the large installation Voglie vedere i miei montagne from 1971 andStraßenbahnhaltestelle or Tramstop from 1976. The works are on loan from respectively the Van Abbemuseum and the Kröller-Müller Museum.

The installation Voglie vedere i miei montagne (“I want to see my mountains”) looks like an interior with a centrally hung lamp, a cupboard and a bed. On the wall is a gun, which is aimed at a photograph of a bird. Typical Beuys materials like felt and copper are the other building materials of this work whose title refers to the last words the 19th century painter Giovanni Segantini spoke on his deathbed. The phrases that are written in chalk on the objects speak of this mountainous scenery. Through the use of natural symbolism Beuys created an interior that can be experienced as a landscape itself. For him nature’s mysticism was an important way of gaining entrance to the spiritual world.

The installation Straßenbahnhaltestelle was originally made for the German Pavilion at the Venice Biennial of 1976. It is based on childhood memories and refers to a monument, next to a tramstop, that Beuys would sit on everyday when going to school. This monument was erected from old cartridge cases and an Eros figure. Beuys’ work is a cast of the original monument, but with a screaming head instead of the Eros figure. Next to his version of the monument he placed a length of tram rail. At the Biennial it was exhibited within the emotionally charged historical context of the German Pavilion, which was designed by Hitler’s favourite architect, Albert Speer. Afterwards the various parts ofStraßenbahnhaltestelle were never built up again to form an erect monument. Instead they were put side by side on the ground as if waiting for future reuse. In this particular work notions like ‘transformation’ and ‘process’ are not approached from Beuys’ typical organic use of materials, but they are applied to the lifecycle of an artwork: from a meaningful monument to the dismantled memory of a memory. 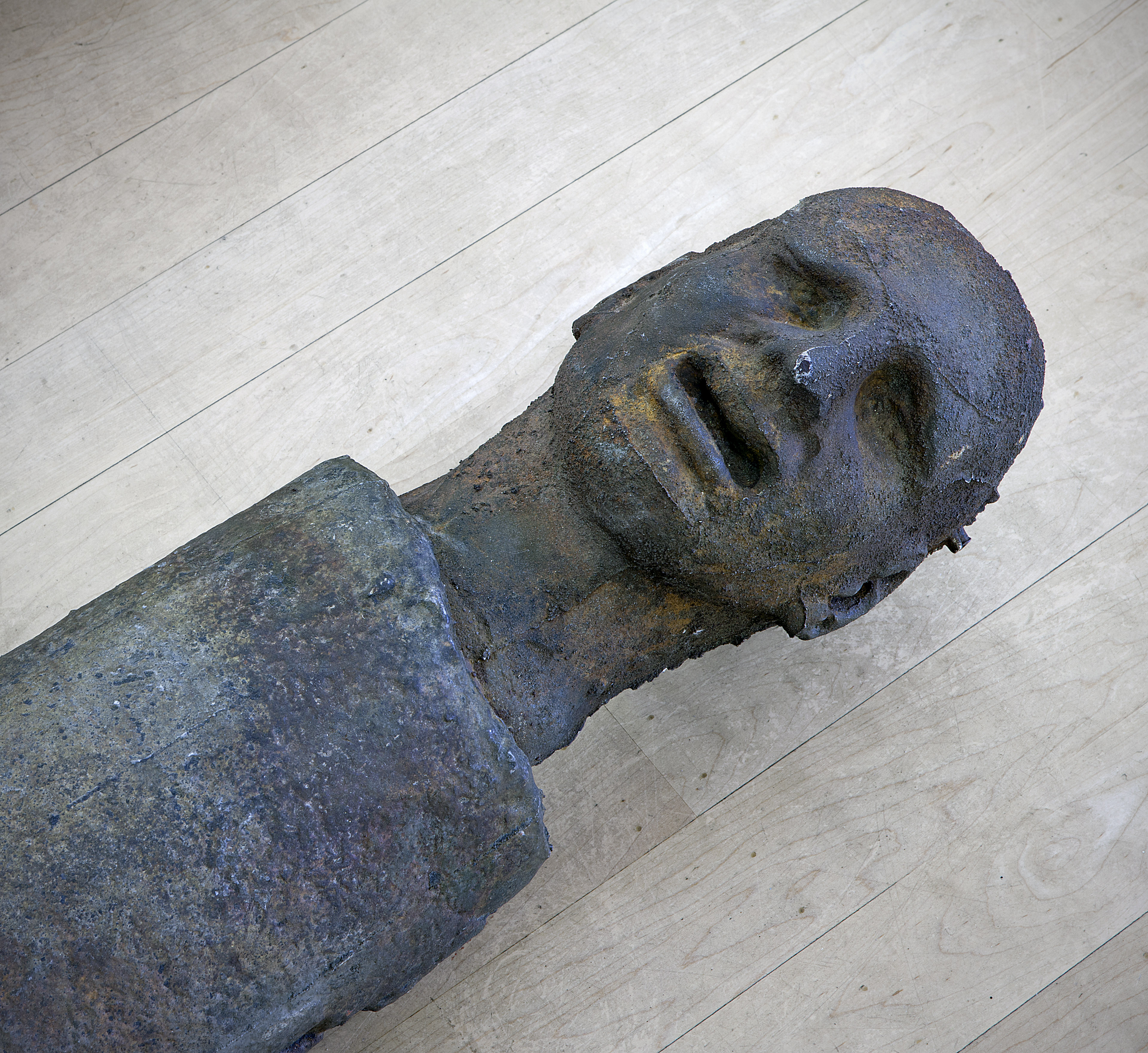 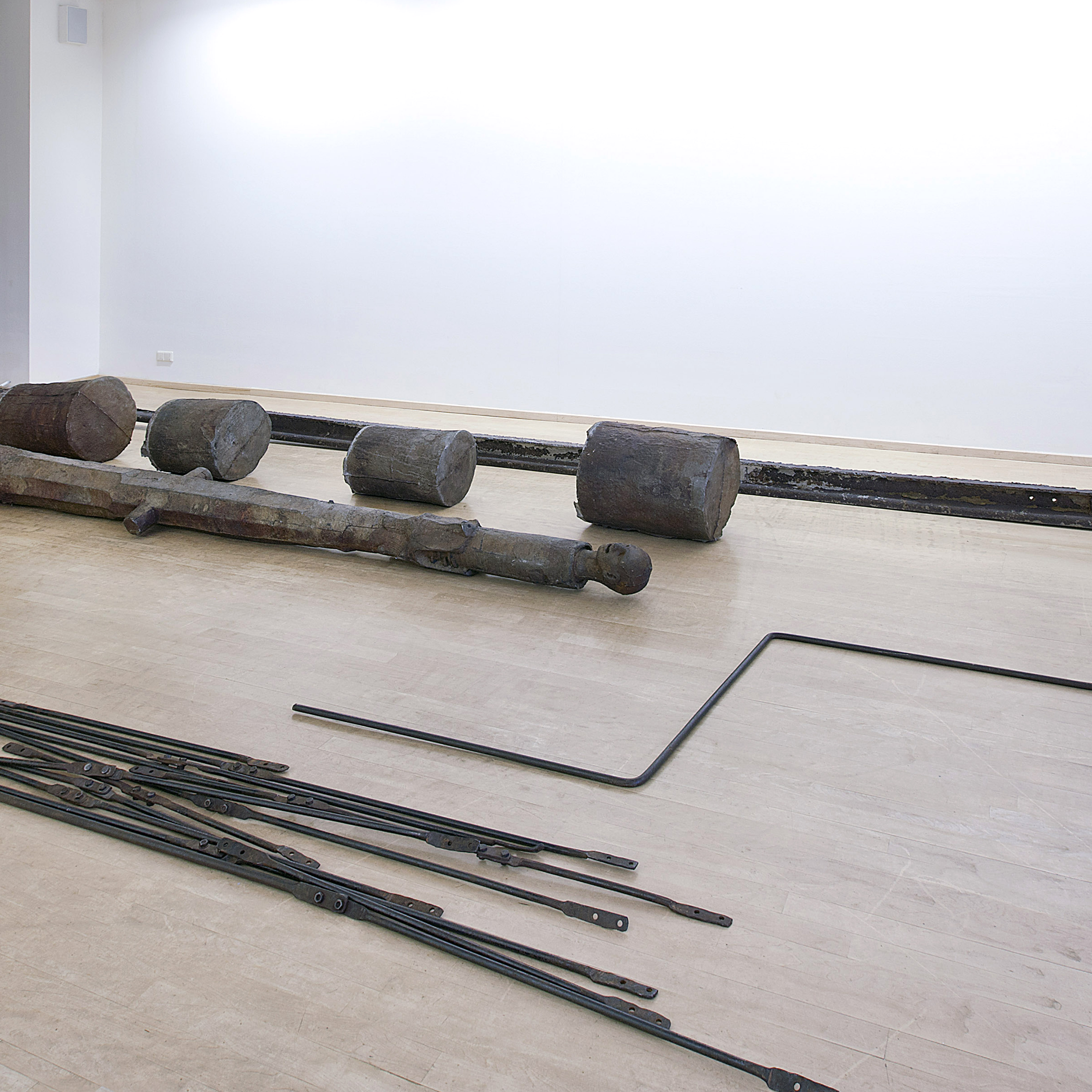