De Hallen Haarlem presented the first Dutch solo exhibition by the American artist Josh Smith (1978). He grew up in Tennessee, was trained as a graphic artist, and was an assistant to the painter Christopher Wool. He presently lives and works in New York. Smith is regarded as a fast-rising talent within contemporary painting. Since his first solo exhibition in 2003 his work has been seen in various museums, including MUMOK in Vienna, the New Museum in New York, and MoMA, which also acquired work by him.

For the exhibition in De Hallen Haarlem the walls of the Verweyhal were covered with recent abstract paintings. In addition, Josh Smith made a separate installation in the small gallery of the Verweyhal especially for this exhibition.

In his work Josh Smith investigates themes such as authenticity and authorship. Smith’s work appeals to the seriality of Andy Warhol; he investigates the reproducibility of images and produces exuberant paintings in enormous series. For these he draws on a number of regular visual motifs. His background as a graphic artist comes through clearly in his work; he makes series of paintings and collages in the same formats, uses reproduction techniques such as silk-screen print, and in addition produces hand-bound books in limited editions. He uses graphic elements such as fragments of posters, newspapers and other presswork in his collages.

Josh Smith plays with the mythologisation of the artist. He does not want to be photographed; after all, you can not become famous if people don’t know what you look like. At the same time, he makes abstract paintings with his own name as the only recognisable element. This regularly recurring visual motif seems to have no referent – a name as common as ‘Smith’ is almost meaningless – so that the paintings call up questions about significance, authorship and authenticity. The nonchalant way in which they are painted and the fact that he has such a neutral name makes the ‘name works’ into ironic self-promotion.

For his exhibition in De Hallen Haarlem Josh Smith has made abstract paintings on panels that filled the walls of the Verweyhal. In addition Smith produced a special poster for his own exhibition which also served as an announcement for this presentation. The printing of posters is a recurrent element in his already extensive oeuvre. 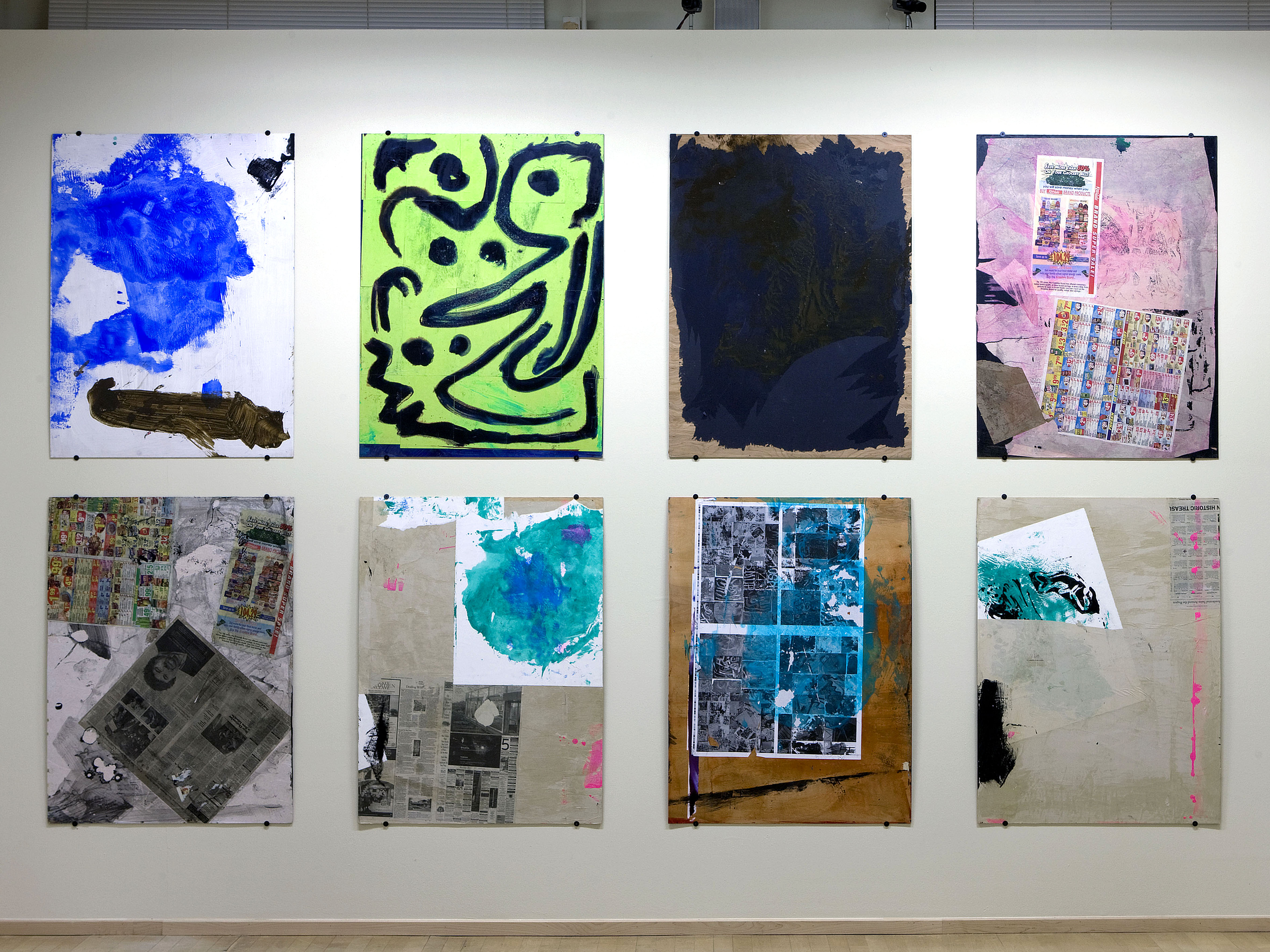