Kimberly Clark (2006– ) is a Rotterdam artists’ collective comprised of Iris van Dongen (b. 1975), Josepha de Jong (b. 1977) and Ellemieke Schoenmaker (b. 1969). It is named after the toiletries manufacturer, and as a collective is devoted to resistance against the quiescence, earnestness and retiring character of the traditional, individual artist’s calling. As part of this effort they exchange the studio for the freedom and unlimited possibilities of public space. Like rough and tumble lipstick hooligans, in their actions they provocatively employ the clichés that exist around femininity; the reversal of gender-role patterns is its central motif. Hooley (2007) is a sequence of snapshots of the artists, made during a stormy trek through nocturnal Rotterdam. To the beat of hardcore techno – a still flourishing subculture which arose in the 1990s, chiefly in Rotterdam – we see the women by turns smoking in provocative poses, clambering about and giving rein to their rebellion on their surroundings.

The three women emphatically do not conduct themselves according to the socially accepted norm, but drink, smoke and vandalise ‘like men’. In doing so, they place themselves in the feminist tradition to which artists like Sarah Lucas and Klara Liden belong – whose work is also in the collection of De Hallen Haarlem. 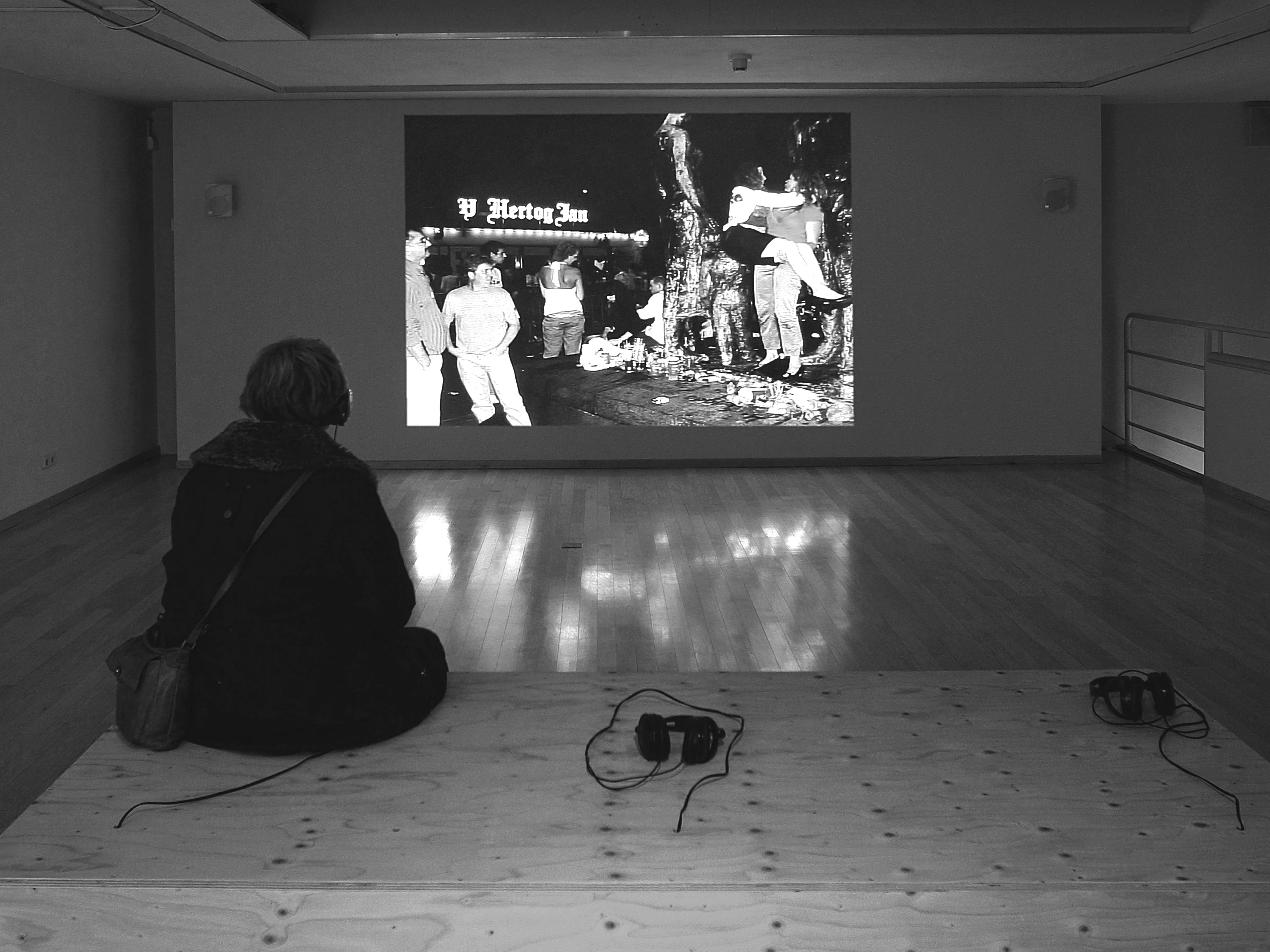