A Young Curators Grant from the Frans Hals Foundation

International group exhibition in the context of the Young Curators fair

This year it was forty years ago that the moon landing took place. Lunar Distance refers to this event. The moon landing marks an important turning point in history; it is the beginning of a new world in which technology is omnipresent and embraced, but at the same time a high degree of scepticism exists with regard to the “truth” of images (there are still many people who believe that the moon landing never took place).

‘The true is precisely what is made’ observed Italian philosopher Giambattista Vico as early as the eighteenth century. During the Modernist period, art was still believed to possess the power to make statements of universal value. Today, a growing number of artists seem to share the conviction that reality is a construct of the individual mind. Lunar Distance brings together artists who in an apparently objective manner investigate the relation between image and meaning on the one hand, and on the other investigate the perception of reality in a digital era. The exhibition systematically scrutinizes the relation between logic and subjectivity.

From the video collection of De Hallen Haarlem the work Sehnsucht, by Jeroen Eisinga (Delft, 1966), has been selected for this exhibition. In Sehnsucht (2002) we see a dead zebra lying on a black and white chequered tarpaulin. Eisinga took photographs of the zebra during the process of decomposition, and then edited these in succession to create a cinematic sequence. As a result, we watch as the cadaver bloats and shrivels. The apparently objective recording of a natural phenomenon is reminiscent of a scientific report, but ultimately this film is more about conveying a sense of uneasiness, vacuity, absence and futility.

This work was chosen for a good reason: it is exemplary for the recent collection and exhibition policy of De Hallen Haarlem, in which the emphasis lies on a tendency that the art critic Jörg Heiser has described as Romantic Conceptualism. What Heiser means by this is that there is a growing group of artists whose work expresses a longing for meaning. In that longing they combine apparently rational methods with often unattainable (and thus romantic) objectives. Thus the conceptual is linked with the poetic and the melancholy.

In the video Théâtre de poche (2007) by Aurélien Froment (Angers, 1976) we follow a magician who arranges images from different contexts and combines then again in an associative manner. The video is based on Arthur Lloyd, a magician from the 1930s who was also known as the Human Card Index. Rather than the standard conjuring tricks his repertoire consisted of producing from his jacket almost all the pictures one could imagine, from the Leaning Tower of Pisa to a receipt from the chemist’s shop.

Under the title Parallel Compositions David Maljkovic (Rijeka, 1973) combines collages of photographs from the surroundings in which he grew up with fragmented images of modernist interior design guides. He investigates how the remains of socialist Yugoslavia are connected with his personal memories of places from his childhood.

Lithuanian artist Žilvinas Landzbergas (Kaunas, 1979) has been invited to create an installation in the cabinet of De Hallen Haarlem. Drawing on the specific qualities of materials Landzbergas constructs situations in which spectators become parts of a spectacle, a play in which the actors are absent and the materials and objects take the leads.

Ceal Floyer (Karachi, 1968) collects everyday objects and arranges them in a circular template. In a continual process of collecting Floyer is constantly arranging them in a different order; there are various versions of the work Helix. By presenting artistic processes that display an analogy with data processing (fragmentation, duplication, repetition, deceleration, categorisation, etc), Lunar Distance examines ways in which we can find an answer to the ultimate question of how, in our present time, we can know the world through ‘image’. This also applies to the work of Anna Barriball (Plymouth, 1972), Douglas Gordon (Glasgow, 1966), Christoph Keller (Stuttgart, 1969) and Charlotte Posenenske (Wiesbaden, 1930 – 1985) which is also included in this exhibition. Ultimately, the works in Lunar Distance appeal primarily to specific desires: to our longing for truth, objectivity and impartiality. In other words, to our desire for moral and political innocence. 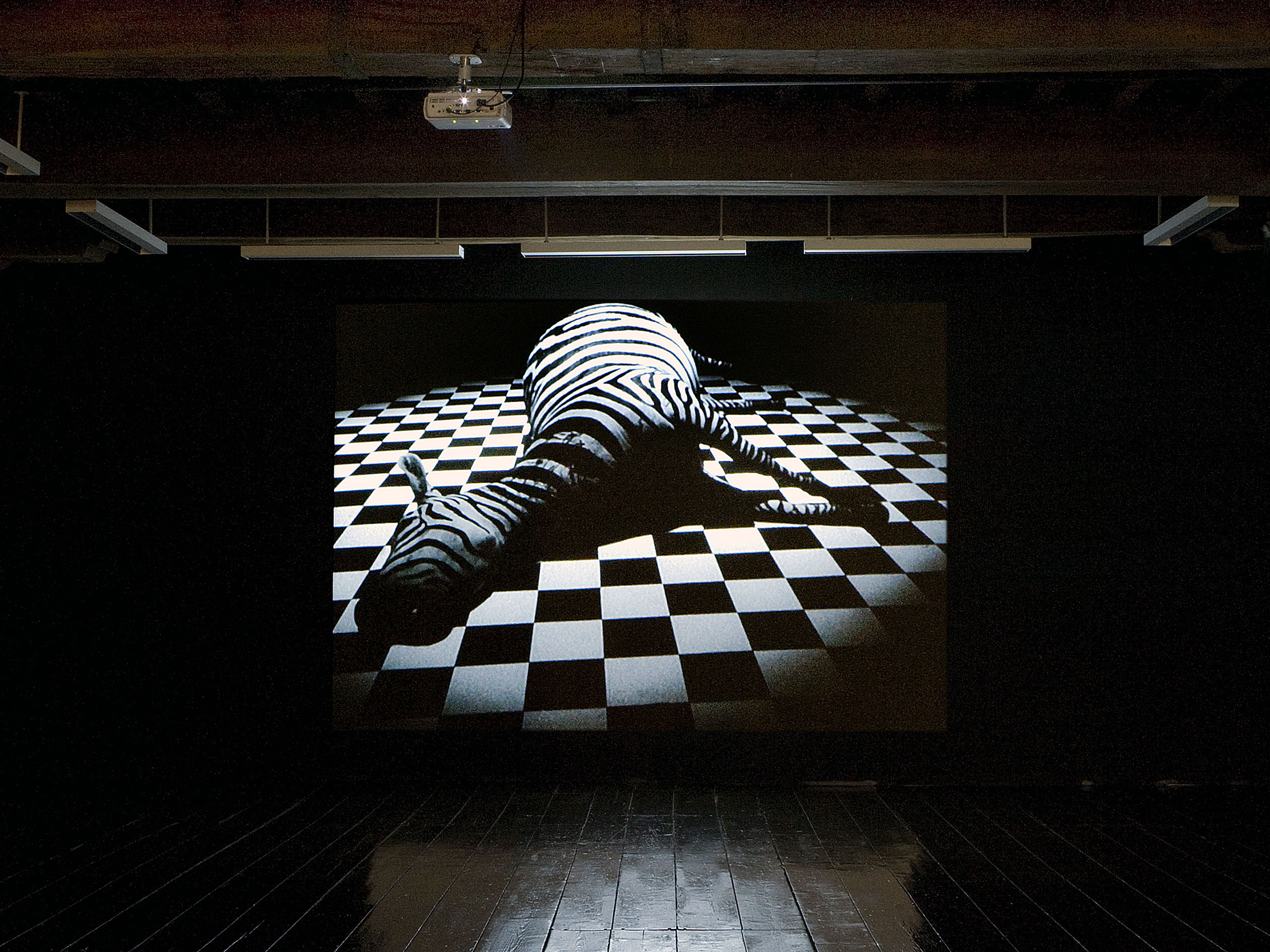 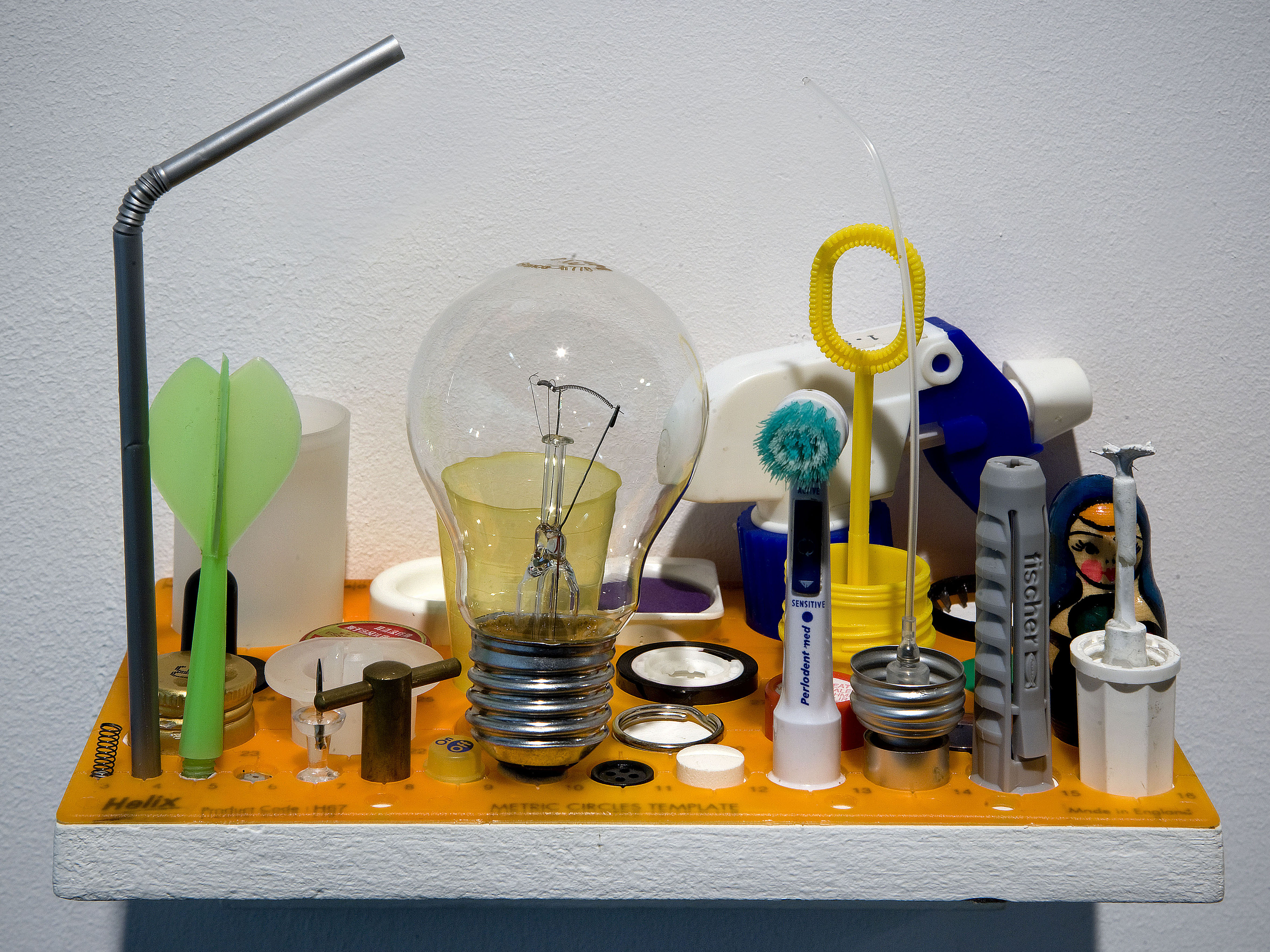