In recent years, the kaleidoscopic animation films of Martha Colburn (Pennsylvania, 1971) seem to have become more complex and political. The artist started her career in the mid-1990s manipulating and editing found Super 8 material, image by image. This allowed her to create an idiom truly her own, full of references to the American pop culture of the 1960s and ’70s, in which television shows, pin ups, skeletons and Dracula crossed paths in a whirling, psychedelic stream of images. Since Colburn’s stay in Europe, her films have become more narrative and their playful critique of American society has become increasingly acerbic. The artist lived in Amsterdam for five years, where she also attended the programme at the Rijksakademie. Currently she lives in New York.

Colburn actively seeks out opportunities for collaboration with musicians and poets in her artistic practice. The remarkable soundtracks of Colburn’s films are usually recorded in a single take. The artist consistently teams up with musicians from the experimental and underground scenes – people like Jad Fair or Hilary Jeffery – for these soundtracks. She in turn also works as a filmmaker for musicians – making a video clip for the band Deerhoof (Wrong Time Capsule, 2005) for instance, or an animation sequence for the film The Devil and Daniel Johnston (2005).

The exhibition in the Verweyhal combines a work by Colburn recently acquired by the museum, Myth Labs (2008), with collages which serve as its foundation, and with a number of her other recent films. The opening scene of Myth Labs is typical for the artist’s associative-metaphorical approach: we see a boat-full of pilgrims setting foot ashore in America, after which they attempt to convert the native population. However, bags of crystal meth drop out of their bibles, the drug that in this film spells the ruin of the Native Americans, and ultimately the rest of American society. Colburn paints an absurd portrait of a serious subject, which in the artist’s hands also becomes whimsical and humorous: the personages’ movements are comically stiff in their stop motion animation, the violence and blood have been blown up out of proportion to comic effect, and there’s an idiosyncratic tension between found (art historical illustrations, magazine cutouts, etcetera), and self-produced imagery. 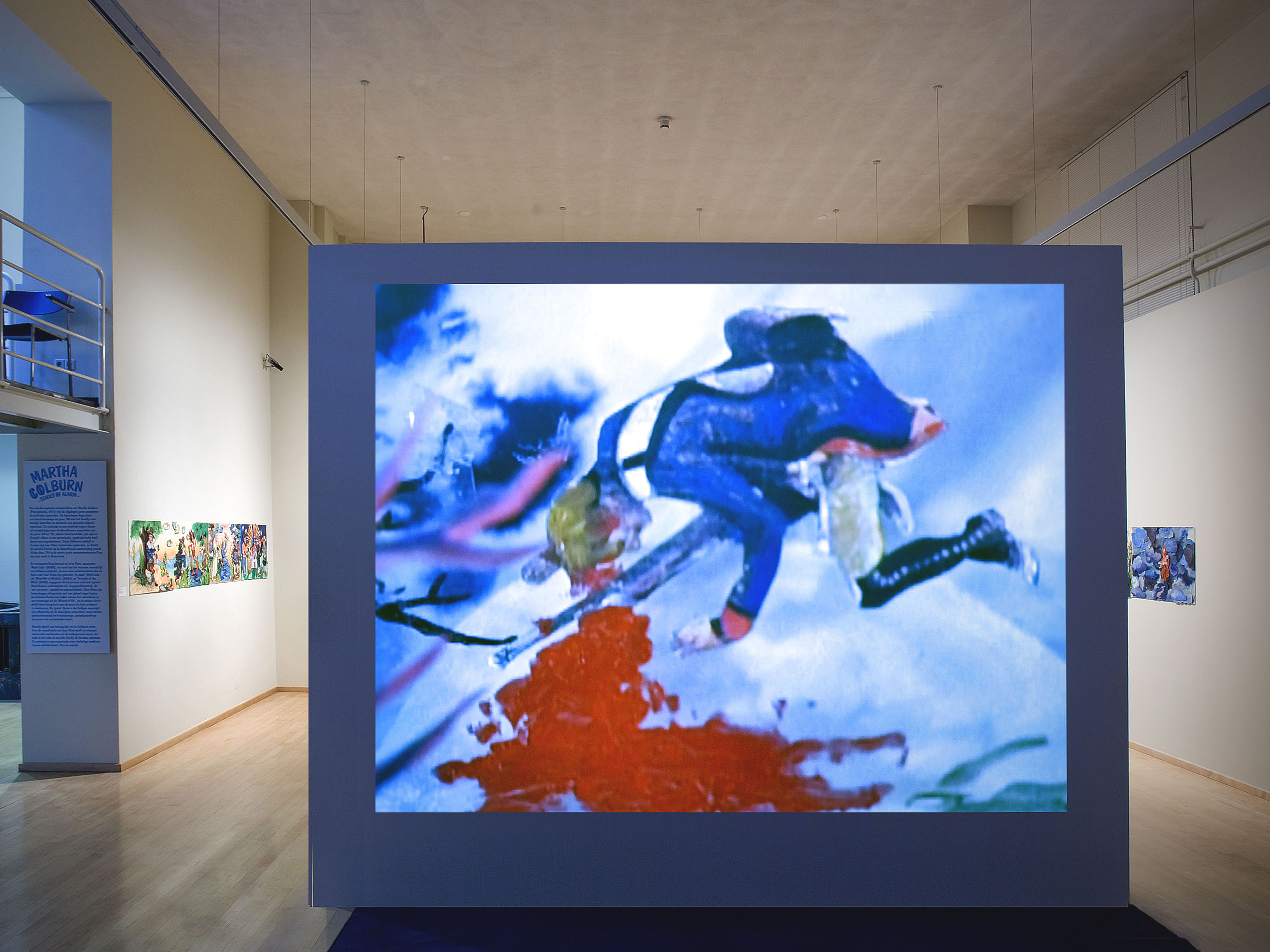 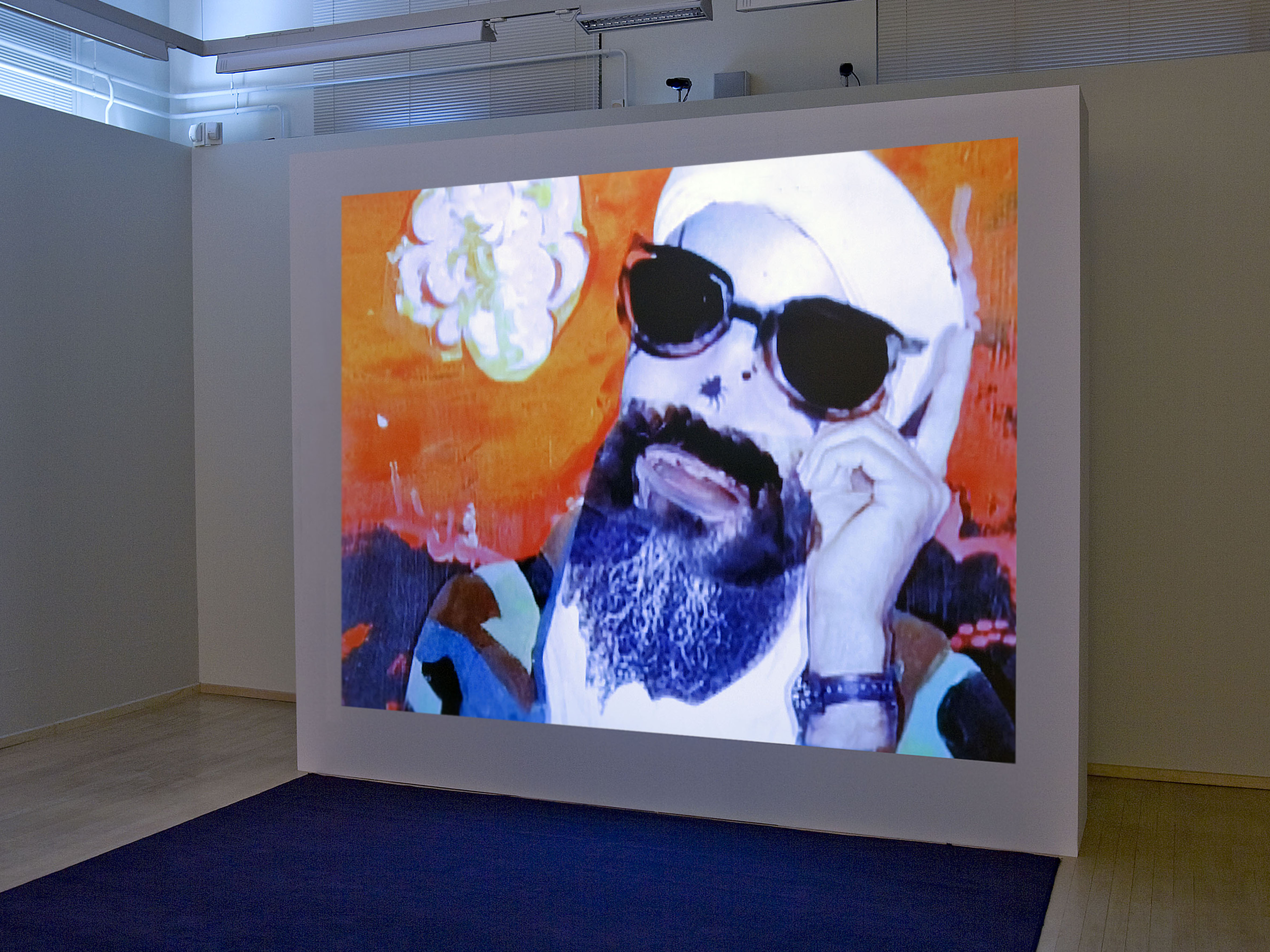