The British artist Nathaniel Mellors (b. Doncaster, 1974) produces installations with animatronic sculptures and satirical videos in which humour and language are central. In recent years he has developed an experimental practice which combines video, sculpture, performance, theatre and critical writing. Work by Nathaniel Mellors was previously to be seen in De Hallen Haarlem in the Recent Acquisitions exhibition in 2009/2010. In 2008, the museum acquired his video installation The Time Surgeon (2007). For his presentation Ourhouse in De Hallen Haarlem he has made an extensive new installation.

In Ourhouse Nathaniel Mellors combines sculptural elements with narrative video. In the video series a wealthy European family are unexpectedly confronted with a mysterious manifestation, ‘the Object’, which suddenly appears in the living room of their country home. This figure seems to have a profound effect on the conduct of the characters. At night it eats pages from ideological texts, which it subsequently spits out again. Owing to this, the father figure ‘Daddy’ changes radically from an elitist with liberal economic convictions to someone who goes in search of collectivist ideals by mingling with the workers, clothed as a ‘working class hero’. The changes in the characters’ personalities give rise to grotesque and humorous scenes, bringing both Samuel Beckett and Monty Python to mind. In Ourhouse the artist handles subjects such as religion, ideology and power in an absurdist and theatrical manner.

Mellors represented the two central figures in the videos, ‘Daddy’ and ‘the Object’, through two animatronic sculptures in the exhibition. These are lifelike latex casts of faces which are brought to life by means of electronics and software: The Object as a book-eating presence, and the twin sculpture Hippy Dialectics as the representation of Daddy’s character development.
Among the important sources of inspiration for the scenes in Ourhouse are the production techniques and script writing in TV drama, soaps and comedy. Mellors uses language as a means to tell a story to his viewers, but also to produce confusion and alienation. With a succession of plays on words and fragmented, experimental dialogues he reveals how language can create a world all by itself, and at the same time falls short in facilitating human communication. The manipulative qualities of language, and the relation between words and reality are recurrent themes in Mellors’ work. 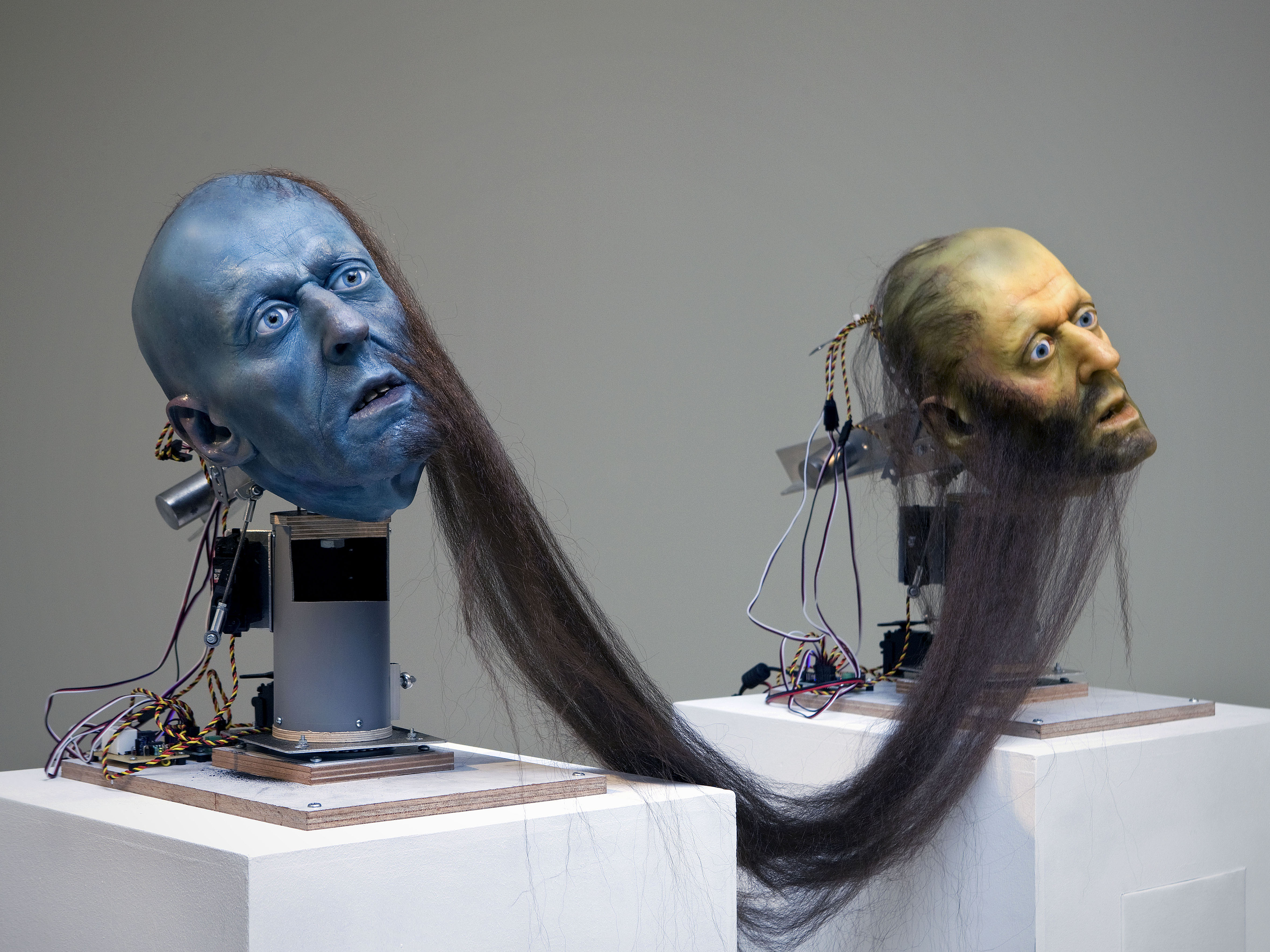 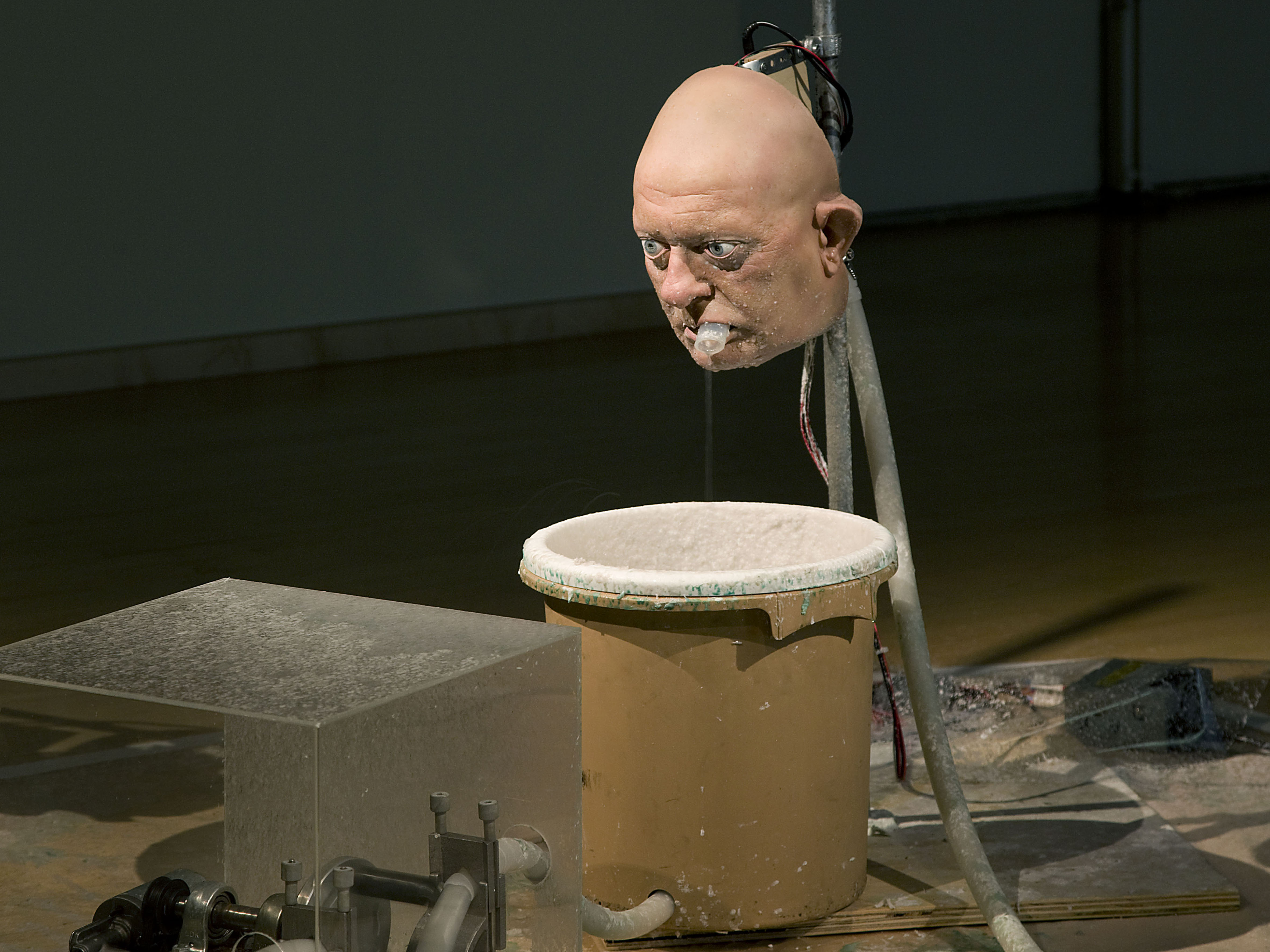